How should I create the pendant shown below?

I use Creo Parametric to model. I tried to model the pendant shown below, but nothing worked. I first made an extrusion of a circle. Then, I created the outer arc using sweep. I was able to get the shape of the pendant through 'pattern.' My original idea was to create a bend in the pendant, import two of the same part files, and then assemble them using Boolean operations. But, I am unable to get the curvature/convex bent-shape. When I tried spinal bend, it returns an error. How do I approach this correctly? Please help. The error is shown in the second figure. 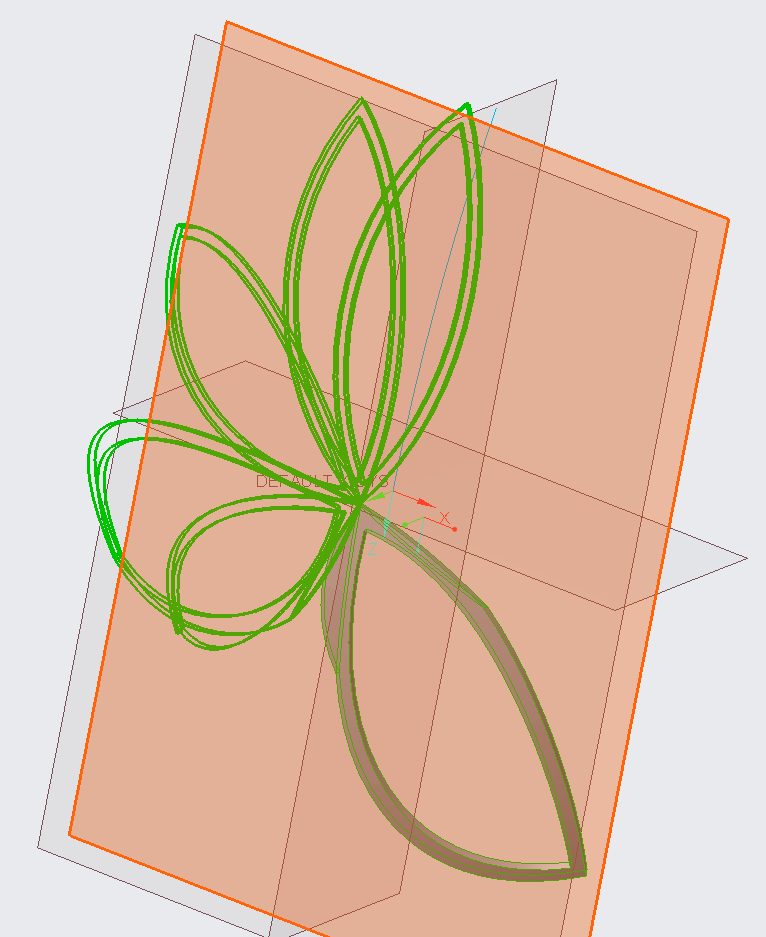 An elementary way to make it (or something resembling) is to make the surface by revolving an ellipse 180 degrees (or a half ellipse 360 degrees). Then one can extrude it to the normal direction to the wanted thickness. Many programs also allow creating a shell with wanted thickness around a solid. In the most simple programs one must revolve a profile which already has the wanted final thickness.

The holes can be drawn in plane and extruded to bars. Subtract them from the shell and that's it - add only the ring.

Another a little different approach is to make one petal and bend it. Bending a piece can be tricky or it's not at all implemented in simplest programs. I have a simple one which has a kind of bending .The next example is made there (=a low cost program named Moment of Inspiration, "MoI")

The bending in MoI is only a geometric trick. MoI is definitely not a valid metal engineering tool because it has not a slightest idea of how real metal would behave. That capability would need some real money to be purchased.

See the next image: 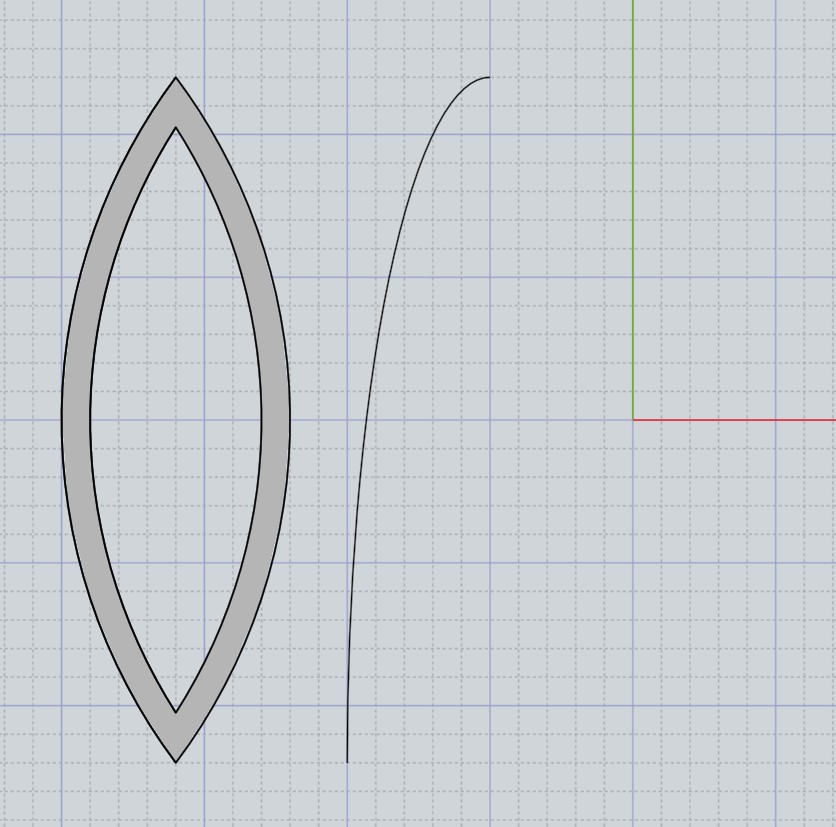 The planar petal is a XY-plane surface limited by 4 circular arcs which are joined. The curve in the right is a quarter of an ellipse. That will be rotated 90 degrees and used as the bending profile.

The ellipse arc is rotated to YZ plane and a corresponding reference line is drawn on the petal in XY plane:

MoI has geometric deformation named "Flow" which forces the piece under deformation so that the reference line becomes the wanted profile. Here's the result:

The original is still there. I keep (and hide) it for safety because the program is not a parametric CAD. 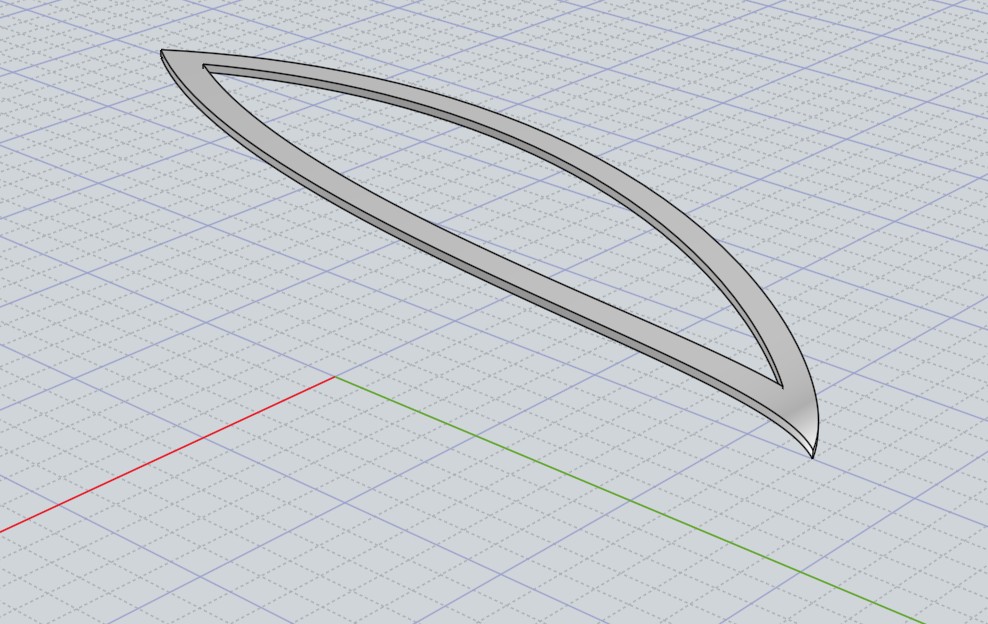 It's extruded to Z-direction. It's not physically realistic, it's jumping over where the fence is lowest; See NOTE1.

An upside down copy is made. The pieces are placed to overlap a little: 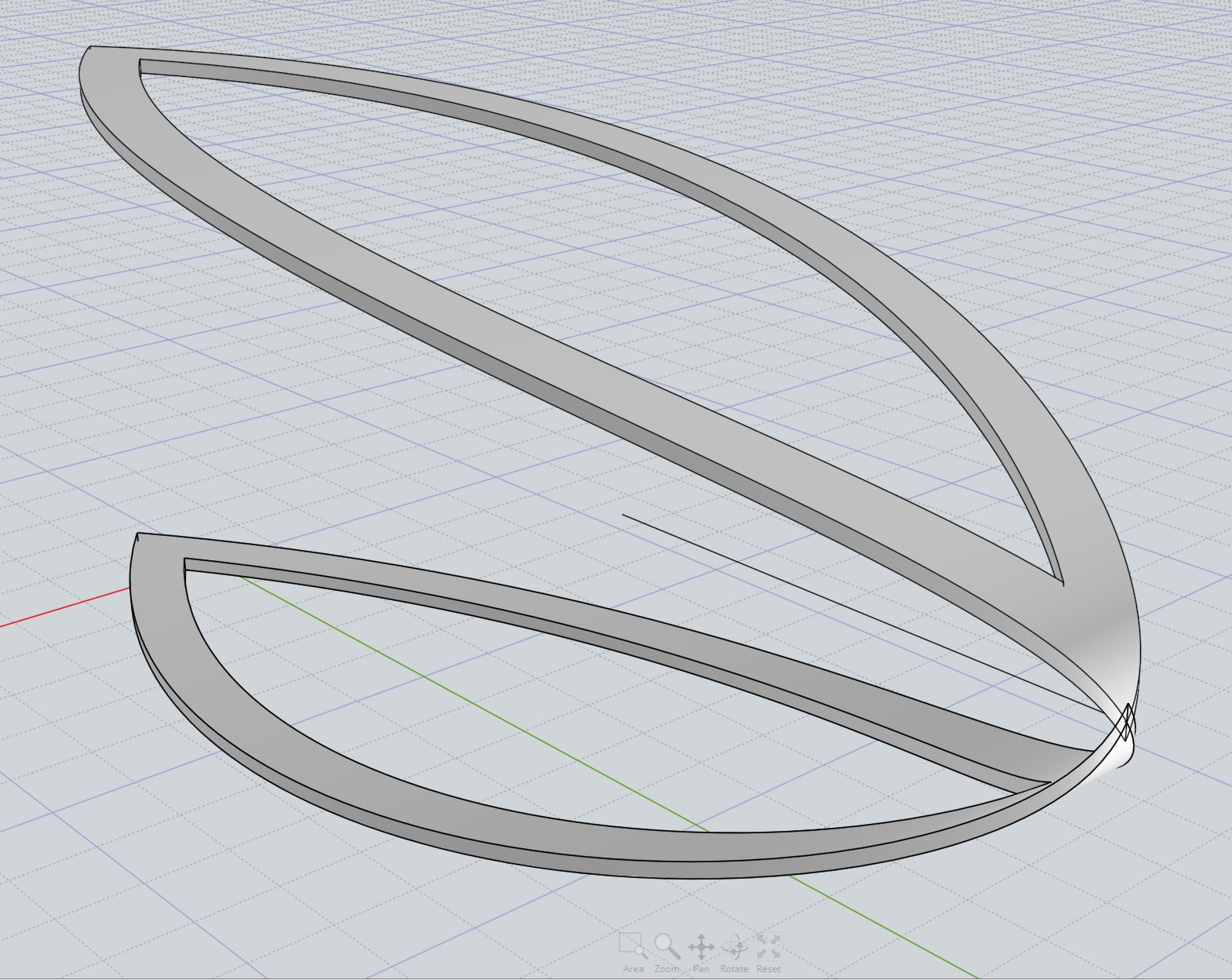 The final shape (minus the ring) can be made by making rotated copies and an union of them. I rotated 30 degrees/petal to make a little less dense version: 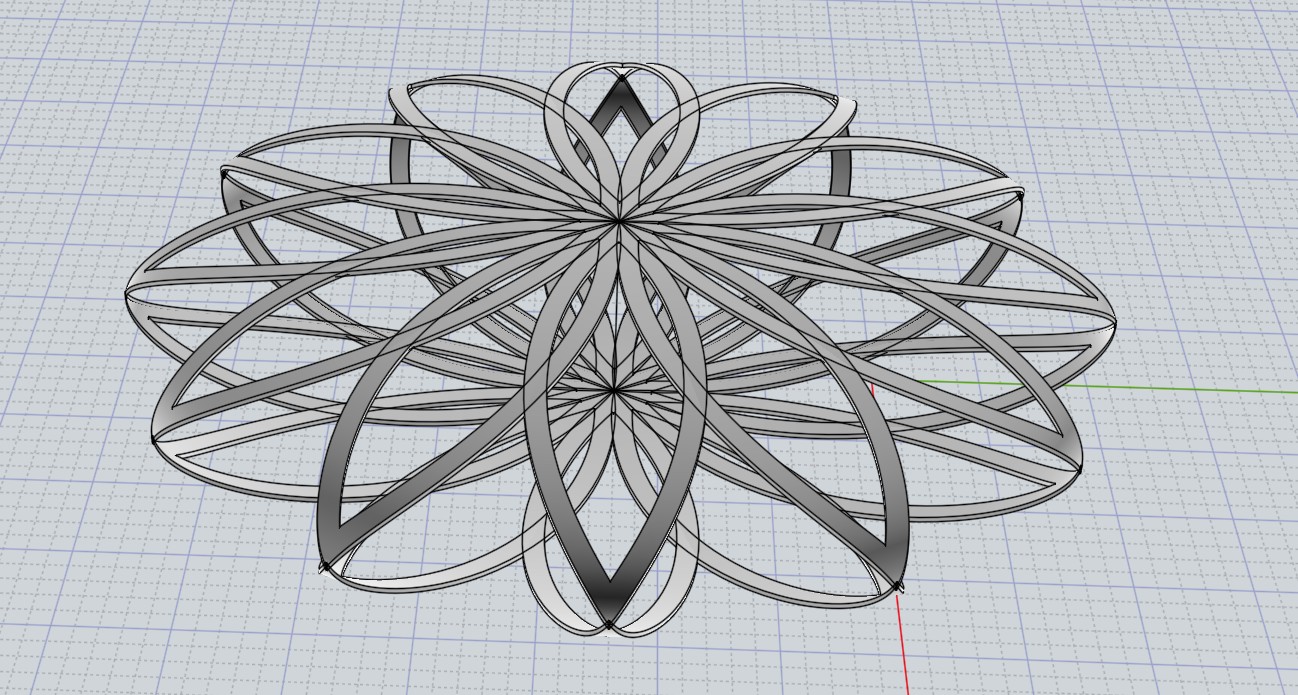 The edge strokes disturb. Without them one can see better how the surfaces fit: 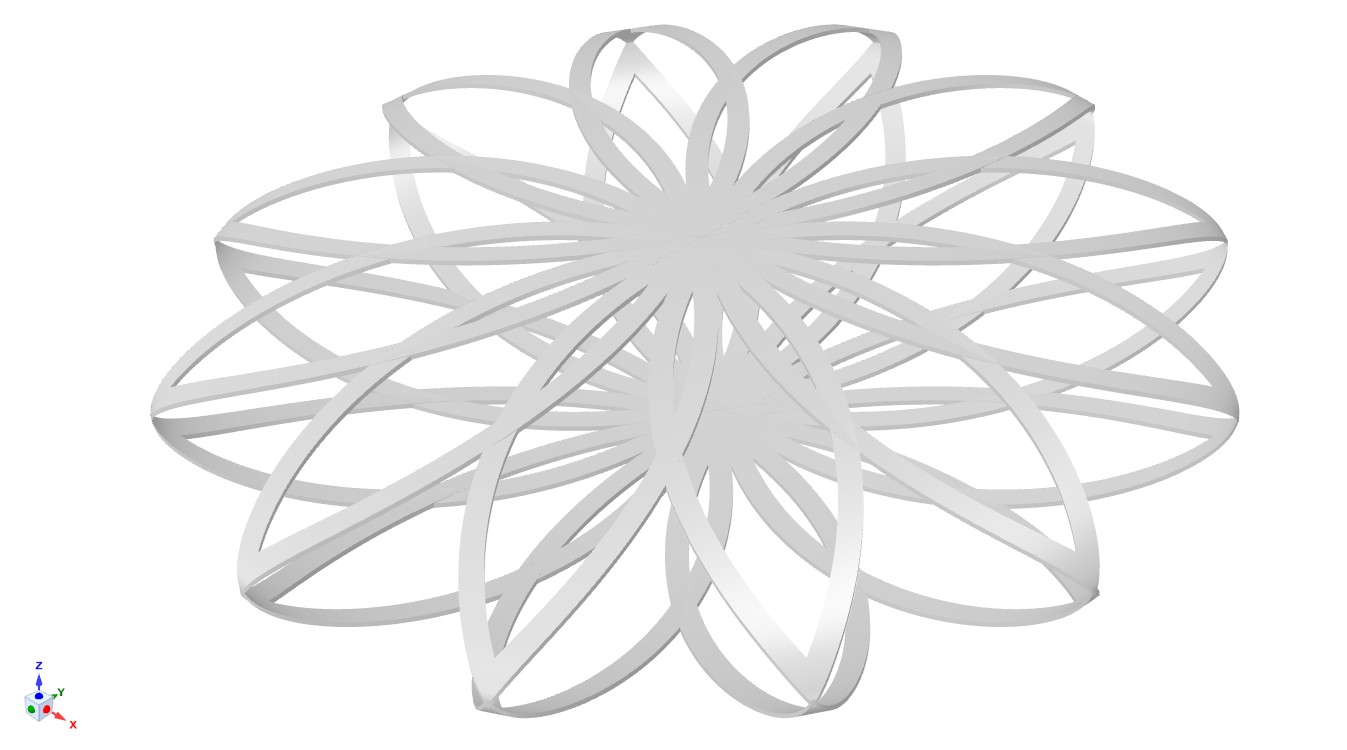 Here's a high zoom into show the joints: 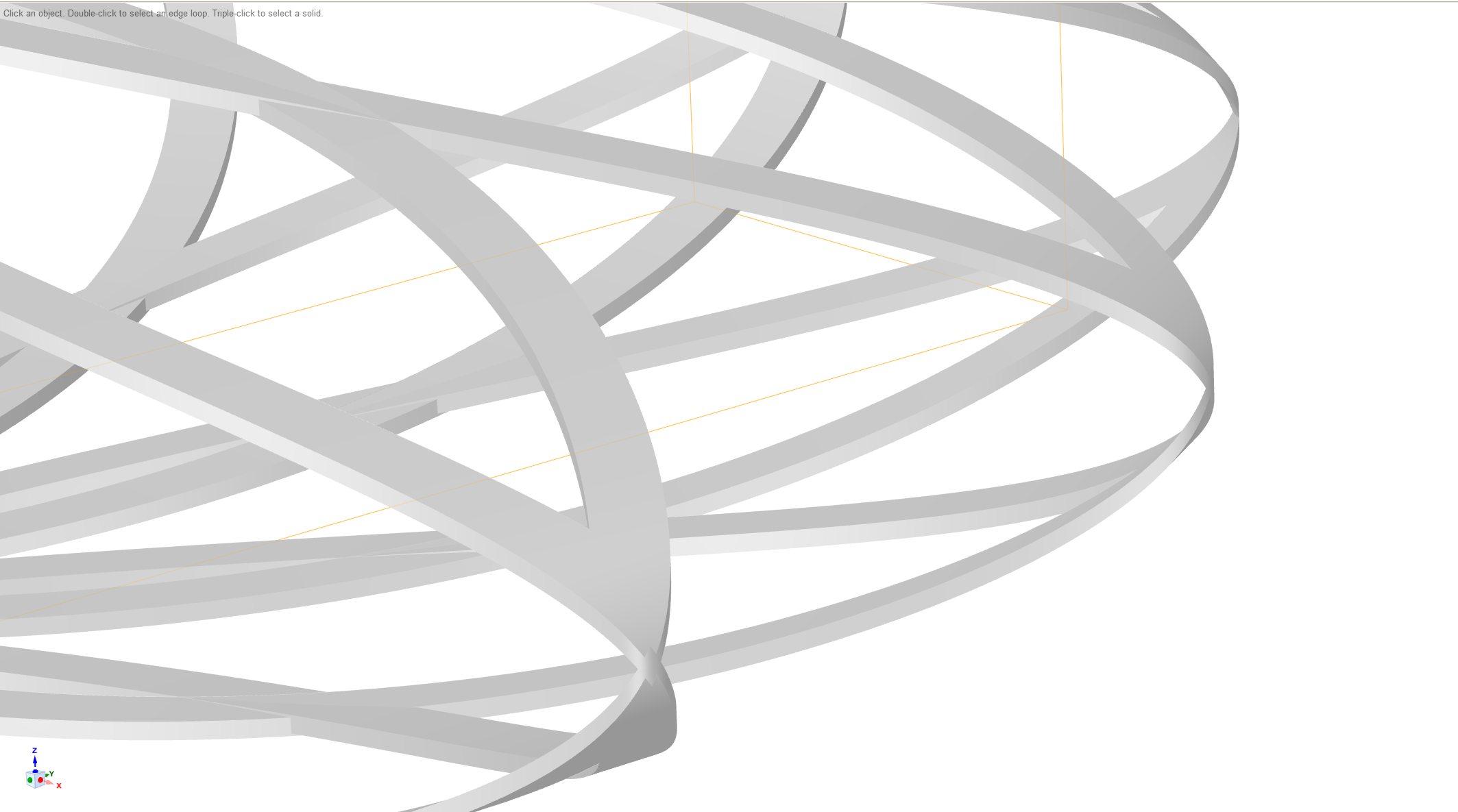 One can see that there's a little error at the joints. That's because the petals have only a single curvature, their overlaps cannot form a smooth continuous surface, there must be steps. The surface normals point to different directions where adjacent petals meet.

NOTE1: Extrusion to surface normal direction would be more realistic. The easy way to get it is to extrude the planar version and to flow (=bend) the already extruded version:

That makes easily exactly fitting cusps, but the crossings in the middle of petal edges have still the same steps as in the previous version: 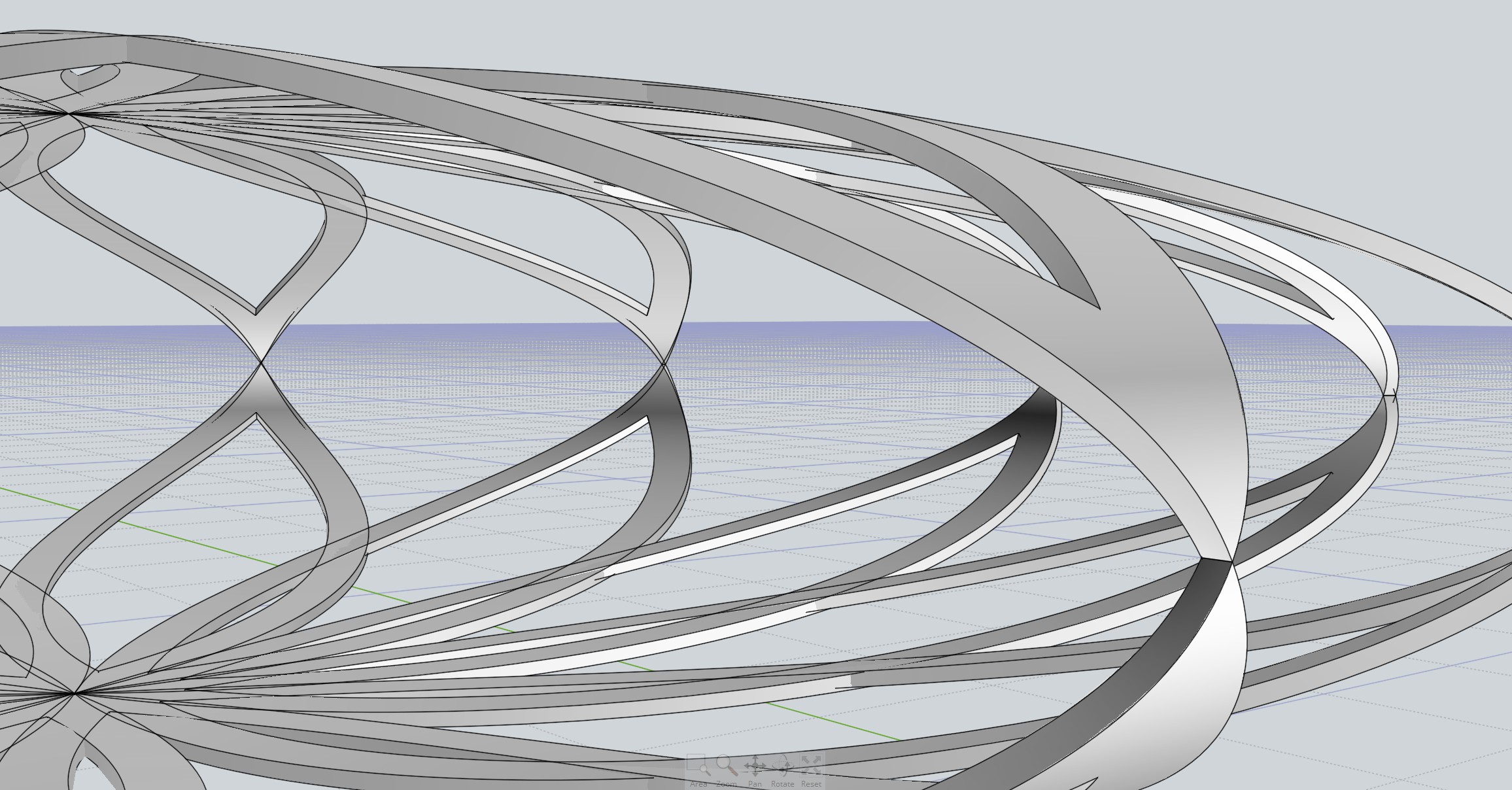 That impossibility to make a smooth surface by joining rotated single curvature petals can be the cause of your error message. I cannot verify it (= no Creo nor other high cost professional CAD software available)

Making a smooth surface by joining rotated petals is possible if the petals have both needed curvatures. The easiest way to get it is to project the planar petal shape onto a revolved surface:

The circle is the reference surface. The dome below it is a revolved quarter of an ellipse. This is the result of the projection (project is a mode of Flowing): 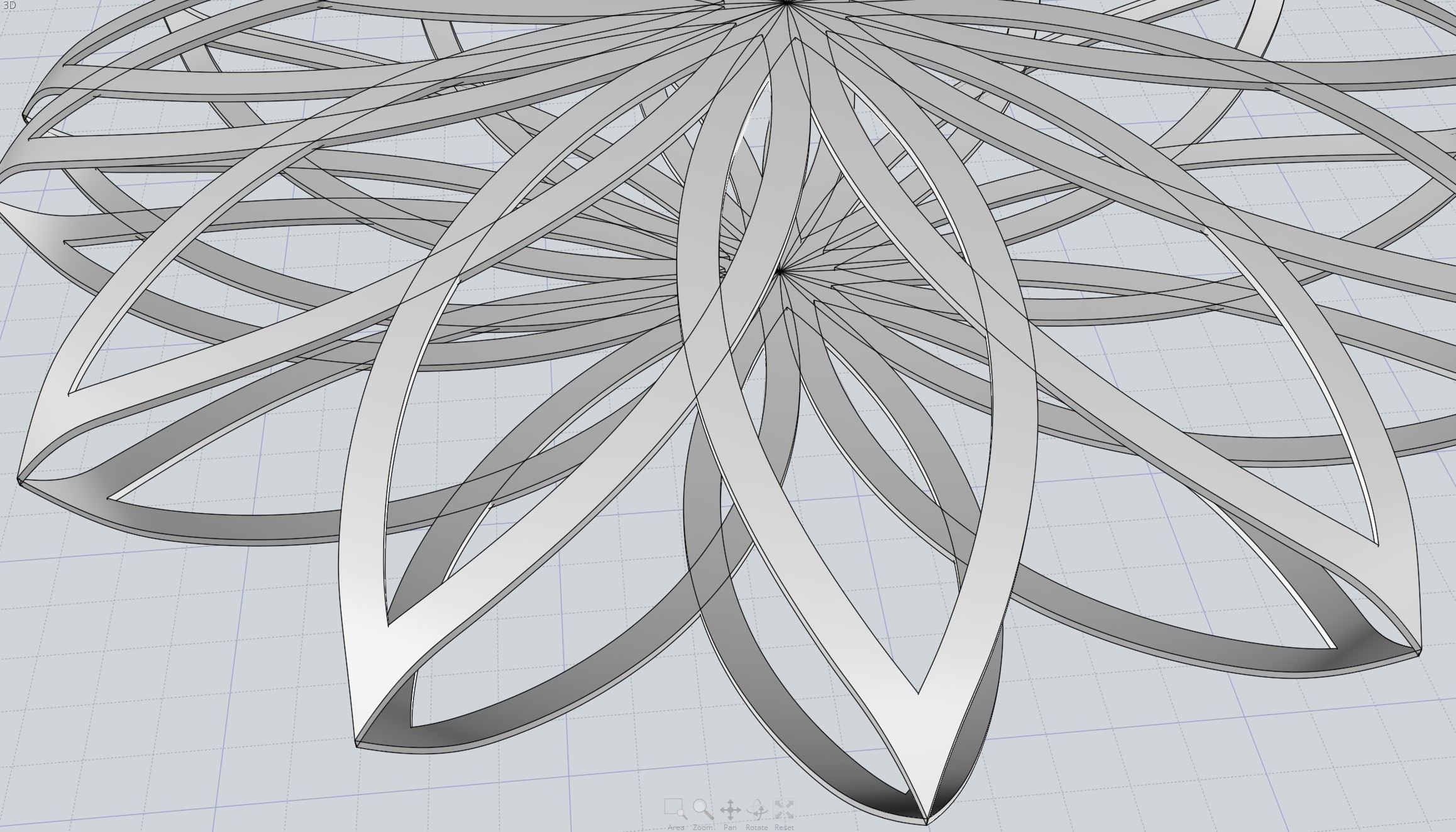 This is a smooth surface, as expected. High zoom in doesn't show any steps at the joints: 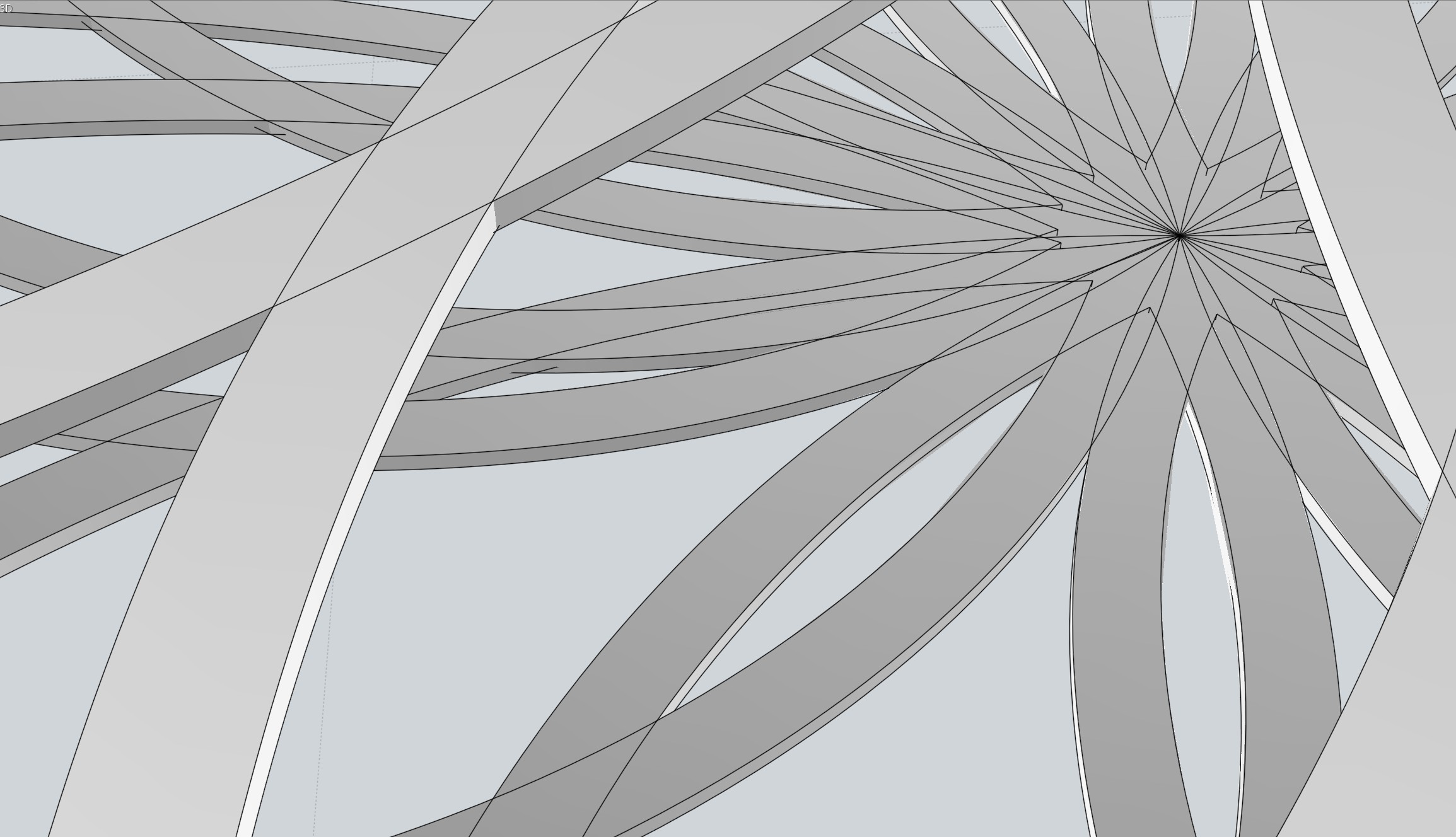 3
How to create a clear bill of materials list?
0
How do I create a 3D helical sine wave in Solidworks?
0
Solidworks - how to make a groove on a double curvature surface
1
How to create laser cutting files from solidworks for cardboard box
0
Coiling and bending pipe in 3D model