I have two subsystems which are shown in the picture below.

One of them is a system of stable and controlled differential equations of a mechanical system.

Second is a block that implements a function $f(\theta)$ from a signal entering its input. 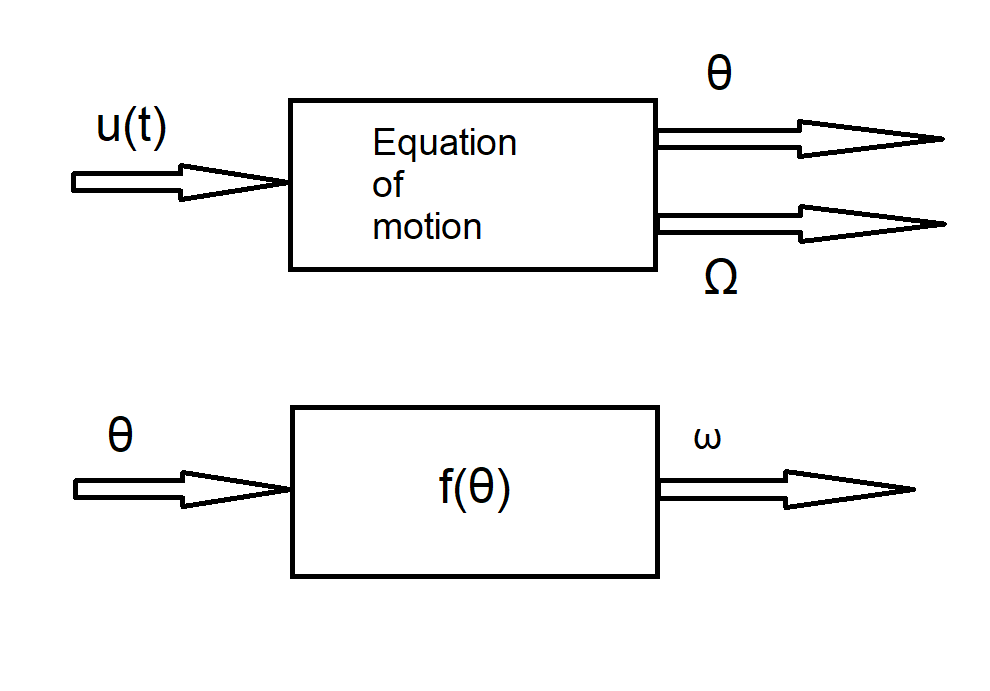 I need to combine the two systems in such a way that $\omega=\Omega$. What will be the structure of such a system and how to generate a control signal $u(t)$? As control laws, it is allowed to use simple ones, including $P-$,$PI-$ and $PID-$ones.

I would be grateful to the community for advice and help.

2
Block Diagram Reduction: Is it necessary to do it stepwise?
6
Feedback control of two-link planar manipulator
6
Calculating a transfer function from a block diagram
0
How to choose reference signal in a state space model?
6
I have a problem with my representation of roll in Simulink
9
Block diagram vs flow chart?
0
Transfer function into block diagram and matrix form
0
Stability properties of controllers with independent control laws applied in underactuated systems