Which of these two cases will have the most friction?

I have a structure colored in blue which we are looking directly downwards on (birdsview). Its high up in the air, and the only thing keeping it from falling down is the friction surface (red) between structure (blue) and the steel plate (black line). The reason there is enough friction to keep the entire thing together is due to bolts (grey lines) pulling the whole thing together with a strong force, which creates friction. 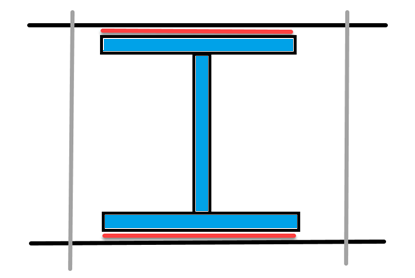 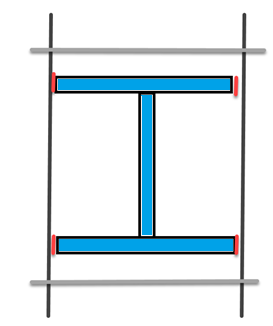 You are correct, for the same jamming force (N), regardless of the size of the contact area, the magnitude of the shear friction is the same for both cases, however, the effectiveness is different: 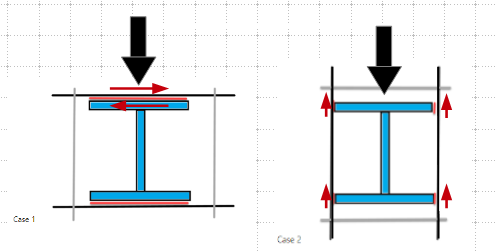 The case with four contact surfaces can have initial equal friction but ultimately it can resist much more force because the flanges will deflect and rotate creating an indentation on the steel plates which is going to act as a bracket.

Some car jacks take advantage of this mechanism.

Assuming you consider rigid bodies (i.e. no deformation) then --like you said-- the friction would be the same because it depends on the reaction force.

However, if you are considering deformable bodies then it's a lot different.

Update: The reason that deformable bodies have an effect, is that then the contact of the two points can change, and instead of friction coupling you can have shape coupling (I guess that needs a bit more explaining).

In any case, the deformation can be either

Regarding the latter, I guess its easier to explain it with an example 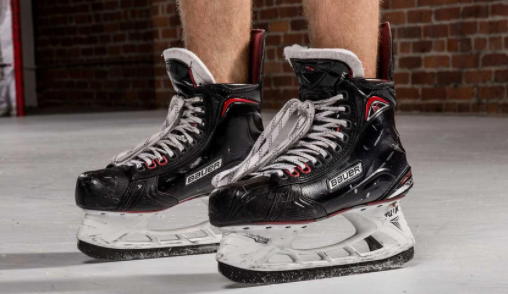 In the picture above is a set of ice skates. If a person is standing on ice with the ice skates then its much more difficult to push him laterally, than if he were standing on shoes. The reason --IMHO-- is that the ice skates due to the small area develop larger stresses and "dig into" the ice. As a result, its not just friction any more, that governs the resistance but a "shape" interlocking.

The following image is from Wikipedia for contact mechanics and exaggerates the local deformation of a ball and a contact surface.

Not the answer you're looking for? Browse other questions tagged solid-mechanics friction or ask your own question.

2
Materials to use for a low friction cable-pull
0
How to find required clamping force of bolts to prevent flange faces from twising due to torque?
2
Material with strongest grip on Aluminium 6061
2
Calculating Bending Force on a Fixed Metal Plate
0
Determine two values of σ22 for which the maximum shear stress is 80 MPa
0
How to guess direction of friction in any case
1
On Which Side Will The Tyre Wear Out More?
0
How will the reaction moment on the support be distributed in terms of forces in this model?