I have a two part question:

Part 1: I understand thermal conductivity as

The measure of a material's ability to allow thermal energy transfer to it, from it and within it via conduction

My very first question is,

is this definition of thermal conductivity correct?

This is something that I haven't read word to word anywhere, but have expressed it in my words according to what I understand about thermal conductivity.

Part 2: Consider two completely identical rods, except for their material. Both the rods are initially at the same temperature and are brought in contact, at the same time, with an isothermal surface at a higher temperature. Let thermal conductivity $k$, of material A $>$ material B 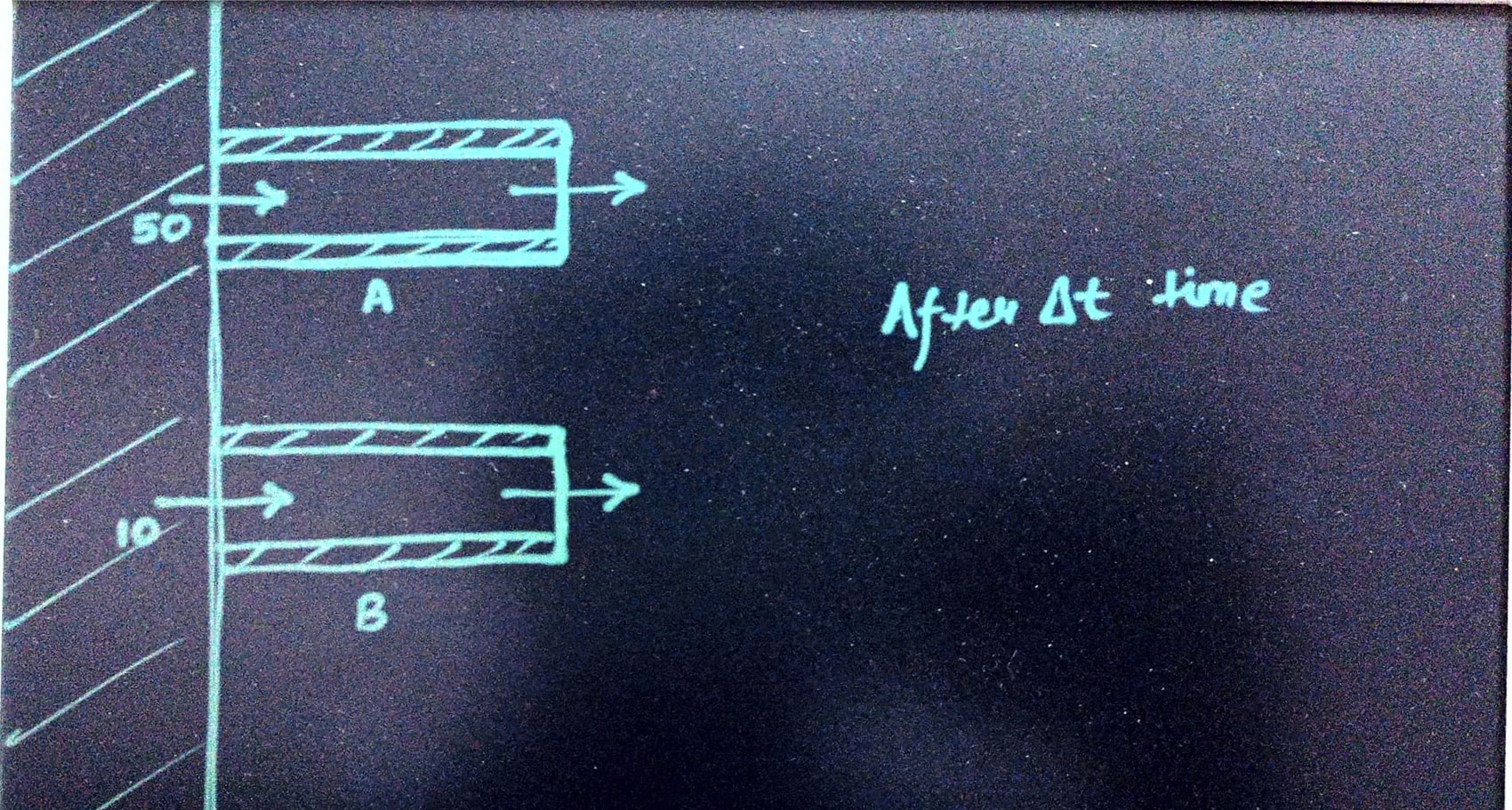 According to what I understand about thermal conductivity, after any time interval $\Delta t$ more energy will be transfer to rod A than rod B since A has a higher k than B. I have assumed some arbitrary values 50units and 10units for A and B respectively.

I think we can (but strongly think I'm wrong). Since A has a higher k, it will allow thermal energy to get transferred within it, or get conducted within it more efficiently, which means the layers in A are not storing energy much but are passing to subsequent layers, which makes me conclude that energy coming out of bar A will be also higher than coming out of B.

In your case, if the density* specific heat capacity of the second bar, B, is less than 5 times the first it will transfer heat faster. This is for a short amount of time before both ends of A and B reach the T final.

In my diagram, the slope is K conductivity and the differential volumes of the bars are differential sections of the rod that have to get hot before the heat can be transferred to the next cell. Height is assumed one. so at the transient stage of the heating of the rods, the one with higher diffusibility will get hot first, but once the two rods are hot the one with larger k will transfer more heat per dt. 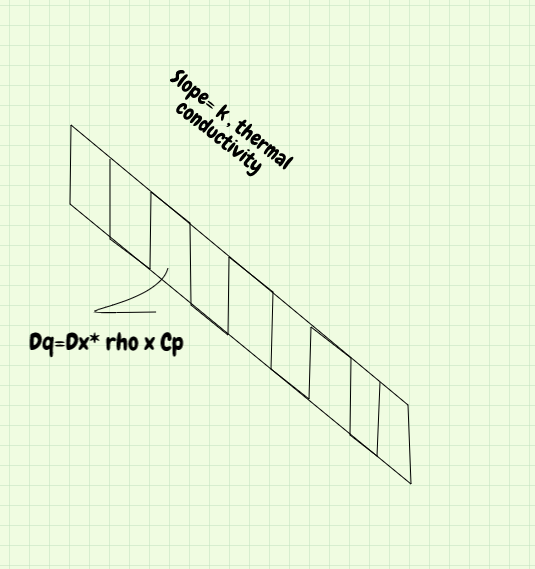 Not the answer you're looking for? Browse other questions tagged mechanical-engineering heat-transfer thermal-conduction or ask your own question.

2
Thermal Conductivity of a Layered Composite
2
How to periodically shut down a recirculating hot water solar thermal system
1
How much energy do mass drivers need to project 1lb of material 1km/second
1
Analytical solution of thermal stress in a bi-metallic cylinder
0
How to heat up a swimming pool with the sun
1
Heat rate through composite wall with non-constant thermal conductivity
0
Calculating Thermal Convection Coefficient
2
What and why thermal diffusivity?