Could we reuse expired wells in places like Huntington beach California, to desalinate water? I found the following chart online which suggests that some deeper wells could have temperatures high enough to evaporate water. 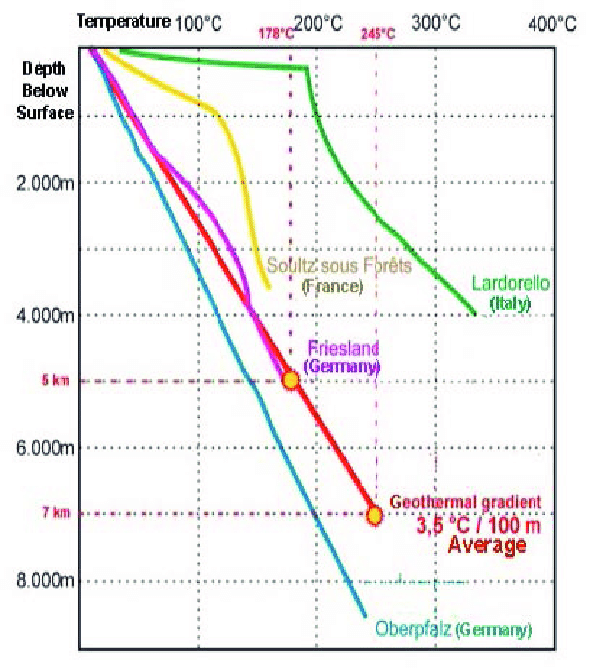 I am seeing that at 4000 meters, the Earths crust is comfortably 100 degrees Celsius in the 'worst' area drilled for this data. Is there any obvious reason that I wouldn't be able to retrofit an old well into a geothermal desalination plant? Safety is my primary concern, both in operating the retrofitted well without collapse, as well as extracting healthy water from the well. Second concern would be regarding how much water can be boiled at a time without the temperature of the well falling below 100C. Third concern would be what machinery and structures I would need to install in order to get steam out while water goes in.

Please poke holes into this idea.

No, because dumping water in the hot wells may cool the wells. Geothermal power systems are careful not to deplete hot wells, by adding only as much water they know they can boil.

Besides, when you desalinate water, it's often for immediate use, often in he water supply system. Desalination is an expensive process....on the other hand, mitigation of water availability makes it' inevitable in coastal regions. 70% of california's water use is in Agriculture in the states interior, namely citrus and nuts. There's one technology that can offer low cost (albeit lower volume) desalination. Solar still technique. You can do it on ANY scale, even Home use. A five gallon jug, a PVC pipe to fit it's nozzle, some hotglue, a rubber band/tie and some plastic wrap and another smaller plastic cylinder. Since all these materials are widely available, cheap or salvageable from recycling. In a hot summer day you can make a liter a day and the water can be harvested or used to inundate surrounding soil. You can build as many as you wish and the design can even be scaled to huge proportions, the biggest obstacle is getting salt water to you. At distances of a mile/less, going to the beach with a jug(s) may seem odd but effective, lugging it 50 miles inland. Pumping it inland is one idea, but who's gonna build that pipe. 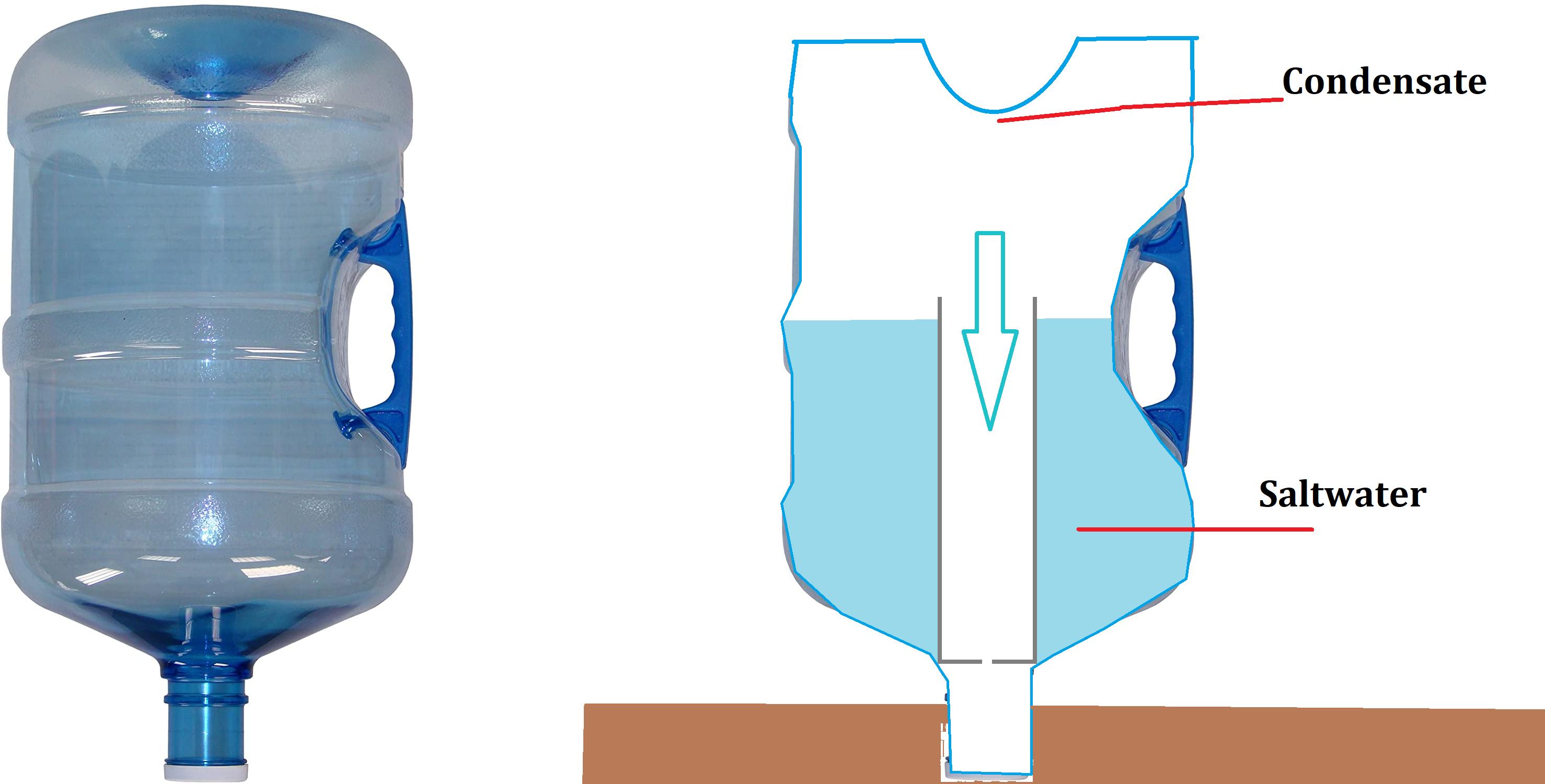 While temps below grade may be high, a "well" (I assume you mean oil well) wasn't drilled to let you extract heat from it. You are going to need some type of heat exchanger down there, or the first hundred gallons of water you put down there will just cool it off. Getting any type of piping or equipment into this well will be extremely challenging.

Secondly, where do you plan to put the salt you remove? It's just going to build up and eventually gum up whatever you're doing.

Generally, ideas like this aren't so much new as that they've already been considered and discarded.

It's not quite as simple as you are imagining it to be, but using geothermal heat as part of a multi-effect distillation plant or other type of plant is proven tech. But the prime use is for preheat. All the fun stuff still happens on the surface with vacuum distillation and membrane systems working on the preheated brackish water. For seawater desalination, you basically need to park the desalination plant next to a powerplant and use higher quality waste heat (a lot of it). But for mildly brackish water, geothermal preheat can be adequate and plonking down a plant near accessible geothermal sources is perfectly reasonable.

The simple system would to extract hot mineral water from a geothermal water well and immediately purify it. There are more dissolved minerals in hot water, but it can still work out depending on what they are. But you can also run a heat exchanger loop to transfer the heat to a better water supply if available. The geothermal heat can be put to use in myriad ways, with temperature-driven membrane purification probably the most promising. But you also need a cold side for this to work well.

Of course, if you are sitting on top of a wicked good geothermal source you can handle about anything.

In the first phase of the Aqua Genesis plan to remedy the Salton Sea, a complex of Firestone's units would be assembled at the Sea's Bombay Beach near Niland, California. (Eventually the company plans to produce over 5000 of the units at a factory in Nevada.) The plant would siphon Salton Sea water, which has a percentage point higher salinity level than ocean water's 3.5 percent. The water would then be heated with geothermal energy drawn from 4700 feet below ground. Geologists, according to Firestone, know water in the area at that depth to be 656 degrees F. Once its heat has been taken and its pressure used to move Salton Sea water through the plant, the operation would return the groundwater to its source.

PS, we expect a modicum of research before asking here, and that might include discovering the Wikipedia article on Geothermal Desalination. Its not a great read, but it would lead you to other sources of information.

Not the answer you're looking for? Browse other questions tagged thermodynamics pumps or ask your own question.

3
How to make a micro water dripping pump with little or no electrical input?
2
Do submersible water pumps need to be submersed in water to function properly?
2
How do you calculate the Enthalpy of a geothermal resource?
2
Are pumps used in geothermal systems
0
Best affordable food grade hot water pump
0
Calculating geothermal heat pump
1
Separate air from water for water pump in aquarium
3
How to divide the water flow into outlets with equal flow each?
0
Why do binary cycle geothermal power plants have so low efficiency?