Could someone explain how a compensator shifts the root locus?

I'm reading a root-locus course note from MIT. However, I can't understand this part: 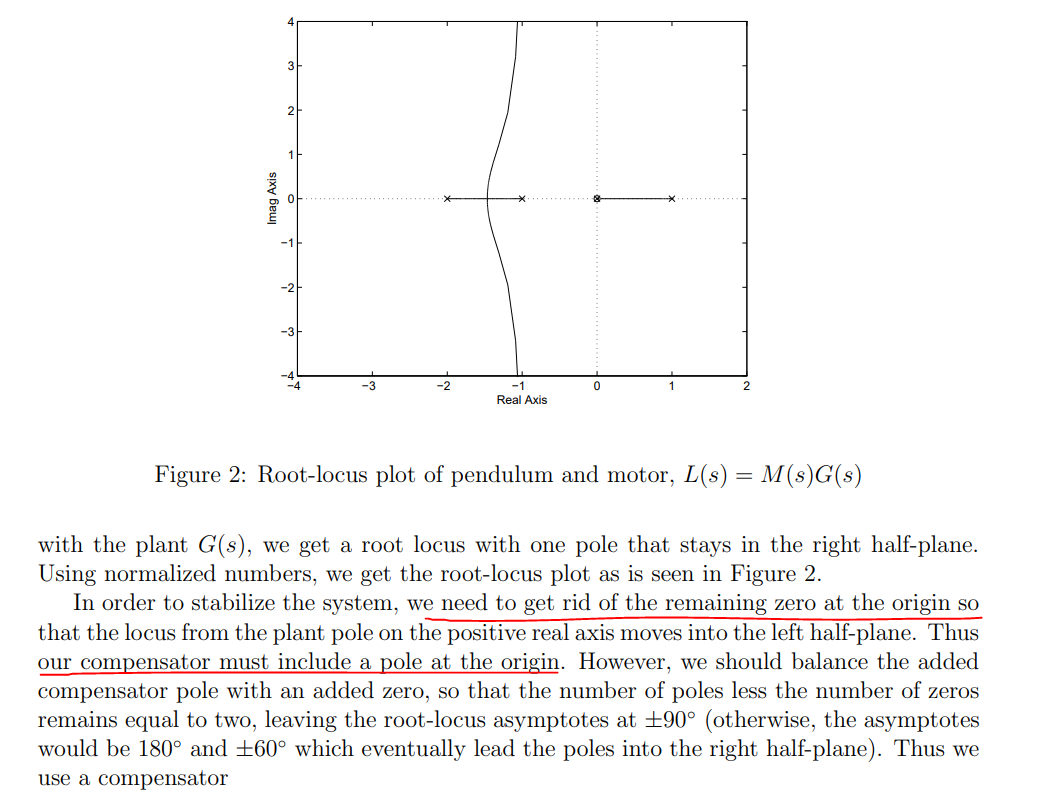 How does adding a compensator with a pole at origin remove the plant pole on the right half-plane into the left half-plane?

If I read it correctly (i.e. the plant has a single zero but not pole at the origin), then the issue I think is being solved, is that the plant RHP pole we are trying to manipulate is unpaired. Thus its RL would travel along the real axis. However the zero at the origin, being its destination at infinite gain, effectively blocks this pole's RL from ever reaching the LHP, as would be required for stability.

Adding an additional pole at the origin -- think of it instead as a RHP pole very close to the origin -- means you now have two RHP poles. So they will do the pole-splitting thing, where they converge on the positive real axis, then split up going up/down, and eventually get pulled into LHP (provided there are enough net zeros in the LHP to attract them).

The text actually describes direct cancellation, which is a more special case, in my understanding. Conceptually, for that I'd modify the above description to put the additional pole very slightly to the left of the origin. This results in traveling along the real axis again, and eventually a (very near) pole-zero cancellation in the CL. Whenever there is pole-zero cancellation, you have to sortof check the 'order of operations', because it has potential to conceal internal instability.

Also it's a little confusing, because the RL that is drawn only makes sense to me if there is a double zero at the origin.

2
How can I calculate the z-transformation of this transfer function of a time-discrete controller?
0
Control Systems: Why is this system unstable?
0
Design of a lead compensator with root locus in matlab
0
root locus question - root locus 'begins' at finite open loop pole locations
1
Adjusting root locus to get a stable system from unstable system
1
Determine the gain K from a root locus
0
Is it true that points of root locus only satisfiy the angle condition?