Explain the difference between the case 1 with bonded contact (top image) and the case 2 (bottom image) with the frictional coefficient of 0.01

For both cases, the top plate has displacement and the bottom plate is a fixed support. 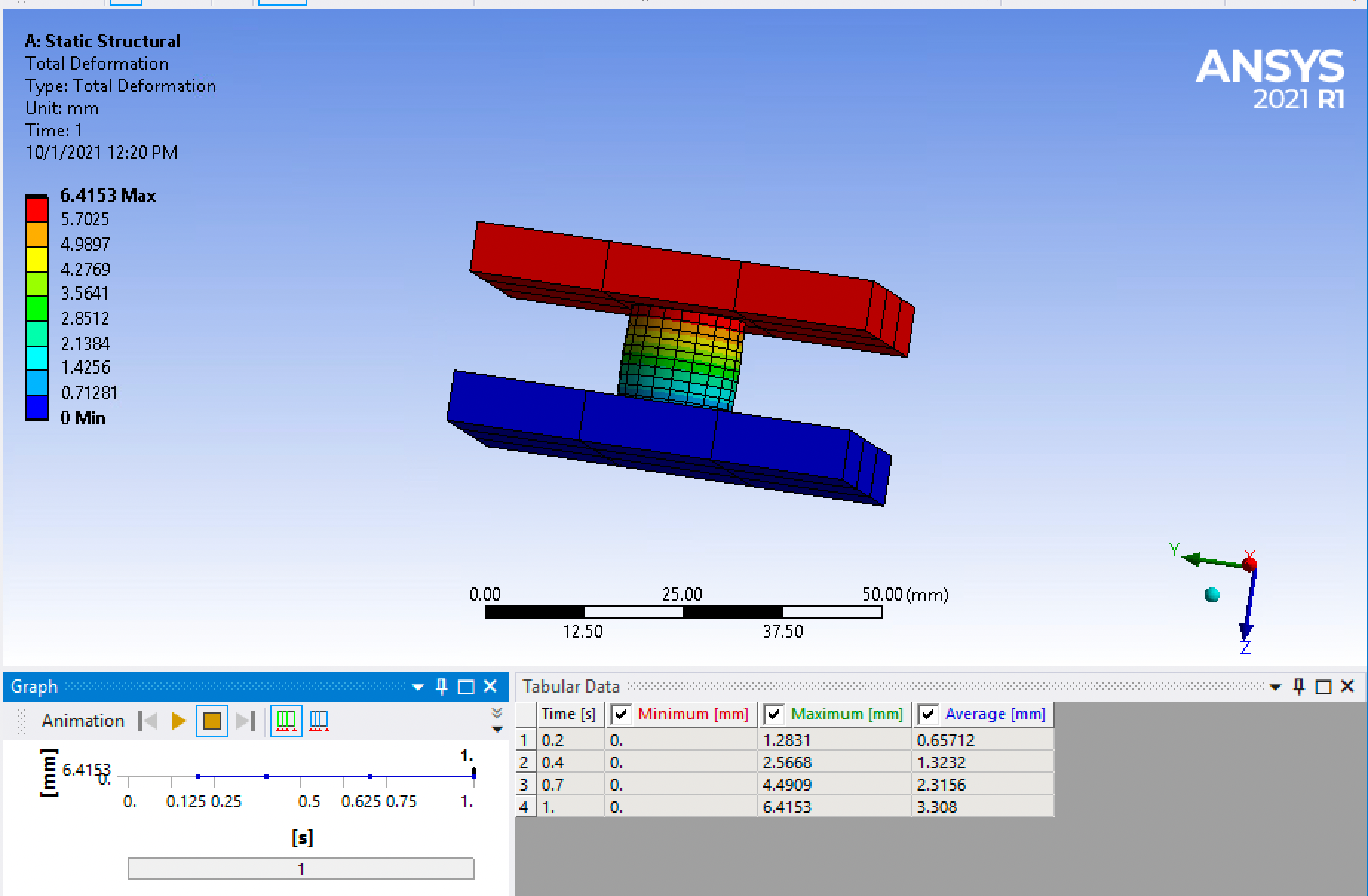 A "bonded contact" is presumably the same as welding the parts together.

Note, the model might not run with zero friction unless you restrain one point on the pin (e.g. on its center line) to stop it moving sideways an arbitrary distance.

Not the answer you're looking for? Browse other questions tagged mechanical-engineering modeling solidworks ansys-workbench or ask your own question.

2
Deflection of beam, according to thickness of top plate and bottom plate
0
What's the difference between simple and deep groove ball bearing
1
How does this screw height adjustment mechanism work?
1
Effect of friction (or horizontal motion) on vertical surface deformation
3
What is the difference between washer and O-ring? what is their advantages over the other?
1
Difference between perpendicular and transverse loads?
1
Trouble with an actuator on a Robotics SolidWorks design. Any ideas why?