Does lead screw's thread have to be trapezoidal?

I want to move a small tool table/bed linearly, so I'm designing its mechanism. Fairly simple, it's going to have 2 rails and a lead screw.

Browsing the web I find that locally the shortest trapezoidal thread rod I can get is 1m at the price of \$10 as well as \$8 for the nut and you can imagine that's me right now: 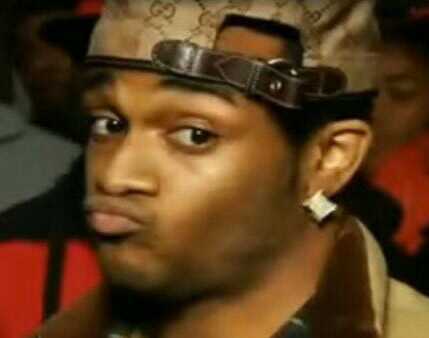 So I was thinking, I have plenty of metric threaded rods and nuts laying around, and even if I had to buy new ones they cost next to nothing, but I've never seen one used as a lead screw for a mechanism that needs precise-ish movement. And looking at wikipedia I found that metric threads are also trapezoidal, just at a steeper angle, so I'm guessing thats key.

Anyway, can a rod with metric thread be used as a lead screw with precision requirements of 0.5mm at worst?

It's not exactly clear to me what you mean by trapezoidal thread rod. Like you noticed Metric threads are also trapezoidal (just like ACME with slightly difference face angels). 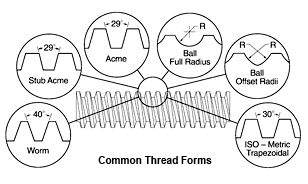 To my understanding (from the context of the question) the main differences that you are likely to find between the expensive thread rod and the cheap metric thread rods will be at:

Anyway, can a rod with metric thread be used as a lead screw with precision requirements of 0.5mm at worst?

Yes it is possible, however there are a lot of asterisks (even the weight on the linear stage would be a factor).

The actual precision part is easy if you use gears.

The difficult part has to do with accuracy and repeatability. Problems arise there from the backlash caused from axial clearance.

You can use regular threaded rod as a lead screw. The size and pitch (and grade) of the thread will determine your precision but 0.5 mm seems overkill for furniture positioning. The smaller the screw the finer the pitch and therefore precision will be, but at the cost of reduced load capacity. Just keep the rod lubricated and you shouldn't have issues.

Well, the question has already been accepted, however. I'll mention something regardless.

First of all, it's perfectly fine to use a plain threaded rod for linear motion. You mostly simply need to consider what your basic requirements are, and your willing budget.

What I'm most surprised about, is that no-one here even considered to mention all the ways you can use ingenuity to solve the problem when money is a limiting factor. This was the common factor amoung ALL of the thousands of shitty 3d printer designs over the years, who all used threaded rod for various movements, and came up with tonnes of things to correct issues (like backlash). Some of them using software solutions or mechanical ones.

If you want to easily cheat, without spending any money at all, but are willing to get dirty, you simply go dumpster diving for old printers. They all have linear rails and different movement stages, some (most) have belts and pullys, some high end ones may have proper lead screws. Sometimes you can find really great parts from just old machines thrown away. There are countless backyard engineers who have made entire CNC machines using garbage they found.

This one of my favourite examples

The next option is to consider which standards you're up against. Zinc coated threaded rod is really junk...But A4 stainless steel metric rod is much better. It's tolerances are much smaller and it's quality is generally very high while still being fairly cheap..

But you say, what about the backlash?

Well bachlash is a problem regardless of which screw system you use, even leadscrews can suffer from them (why do ballscrews exist?) So how have people over the years corrected for backlash at all?

Well there are tonnes of tricks for this.

Have a look at some mechanical libraries (never invent things twice if you don't have to, mech engineering has barely changed for hundreds of years, someone has probably already invented what you want to do)

Here is a search result for "backlash"

As quick tip, consider if you have 2 nuts on your rod that are tightened slightly in opposite directions on your rod....they can't have play if they are mechanically forced against that play can they?

Ofc there are problems with that...more friction, etc...but then we have oil right?

I also suggest becoming a regular reader of "hackaday.com"

There are tonnes of great ideas on there.

Some search results there

Not the answer you're looking for? Browse other questions tagged mechanisms solid-mechanics machining threads or ask your own question.