How to size a motor for a balanced lever?

I have a 5m long lever with a fulcrum positioned 1m from one end. The whole setup is balanced and I need to calculate the torque of a motor that would move the lever around.

My biggest concern is the inertia of the whole rig, as I need it to do precision movements.

Can you please help me? 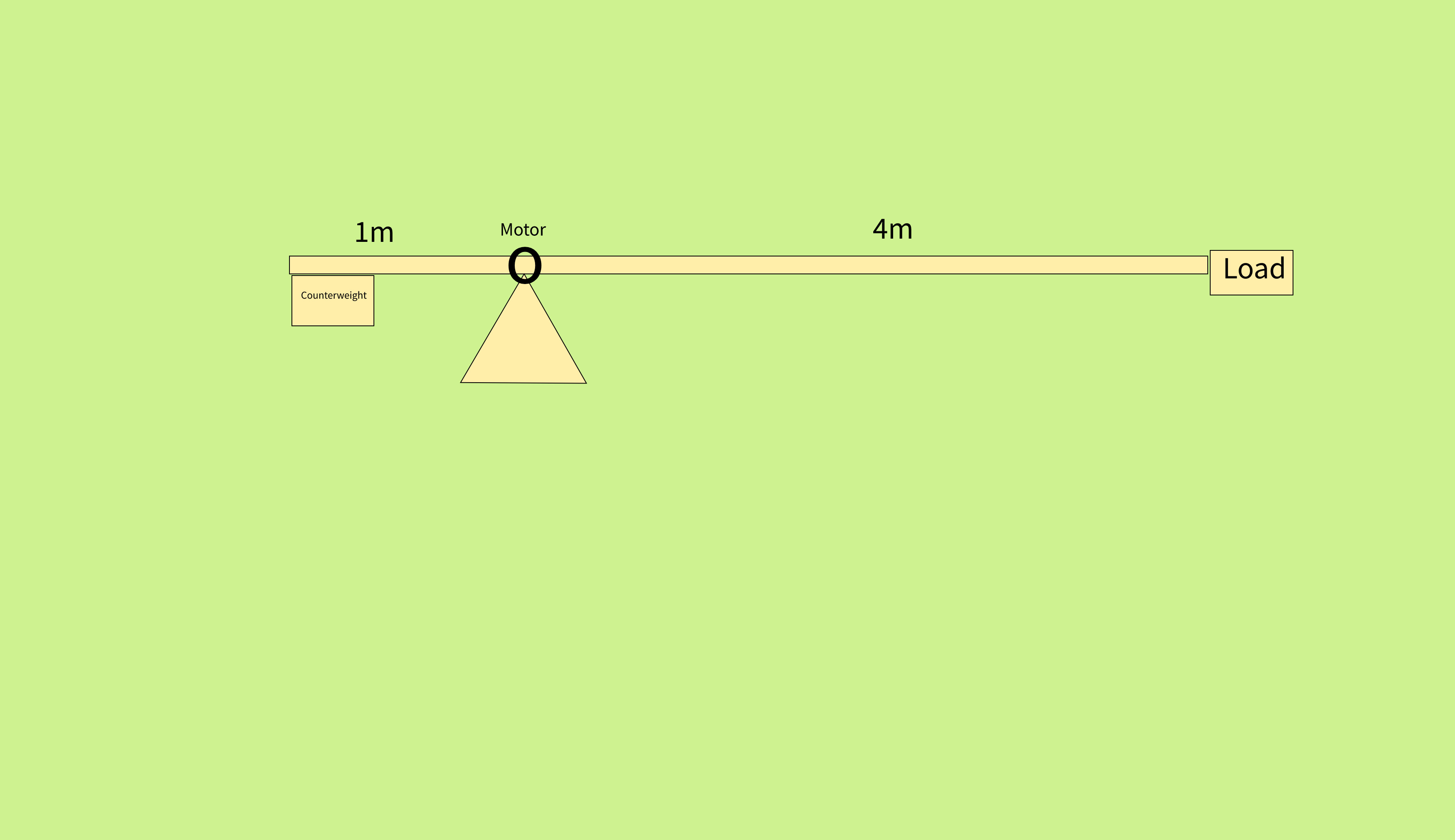 The moment of inertia for this problem is:

Therefore (if I done all the algebra correct):

I need to calculate the torque of a motor that would move the lever around.

If we ignore the weight of your lever you need 1/4 force to lift anything hooked at the short end. like to lift 100kg you need 25kg force.

If you want to calculate further you need to have the data on the weight of the lever, loading, speed, etc.

The relationship is simple:

$r$ = distance from the mass to the pivot point

Does this help? Obviously not.

$\alpha = \dfrac{\Delta \omega}{\Delta t}$ where Δω is the change in angular velocity and Δt is the change in time. The units of angular acceleration are (rad/s)/s, or rad/s2. So, it really means the torque required is depending upon how fast you want the mass to rotate.

For a balanced system as shown, the torque required is:

0
Torque and Speed of a DC Motor with Pulleys and Wheels
1
What is your best recommendation to optimize the torque/speed relationship of a motor?
4
How to couple/connect shaft to disk?
2
Choosing a proper BLDC motor for lab centrifuge
0
Calculating optimal angle on a rolling pulley wheel, which holds weight, on a horizontal cable
2
Determining the torque needed for a servo motor
1
How to calculate the torque for motors for a Core XY movment?
2
Raise/Lower 350lb Sawmill Head 12v Motor Specs