How to place a sketch plane at a specific geometric location

My background drafting is structural bridge drawings. I had Inventor LT installed the other day and I have been playing with it to refamiliarize myself with it and get used to the differences between it and AutoCAD for drawing. I found a pdf book of examples that I had been going through in AutoCAD and decided to carry on in Inventor LT. I am stuck on the following example: 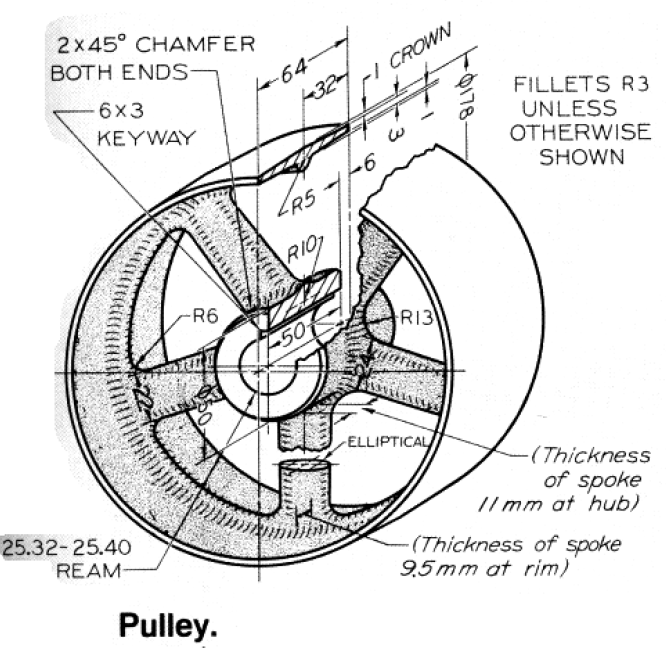 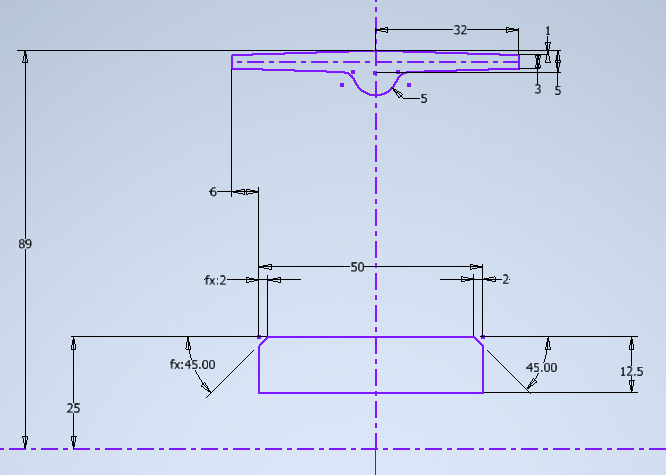 For sketch2 I drew up a view looking along the axis of the wheel. 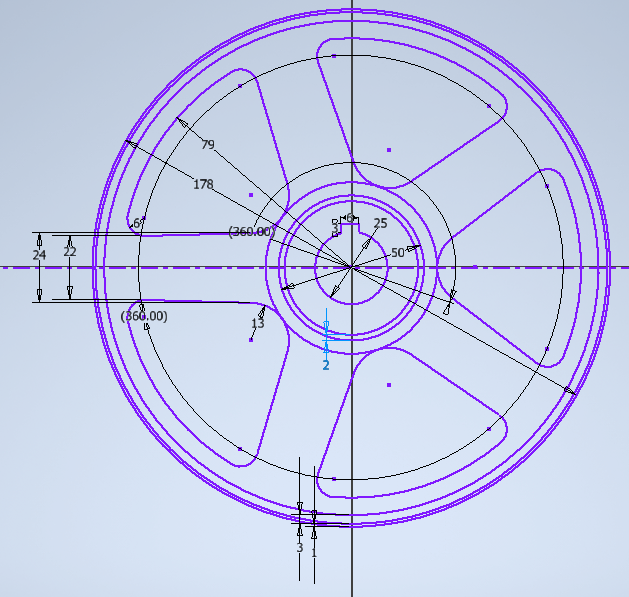 I had three stumbling blocks in completing this.

This is where I am currently at with the overall drawing: 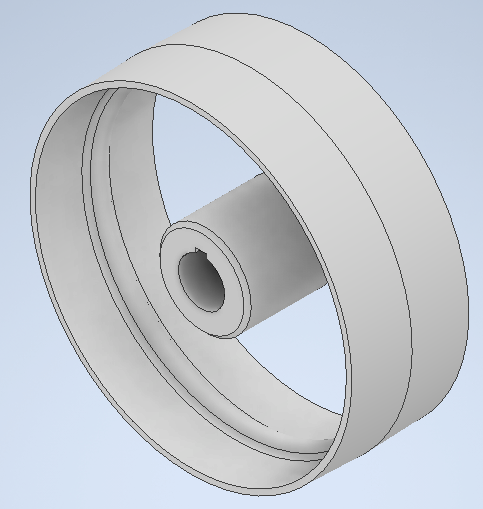 I figured out how to place a working plane through the R13 curve and the center of the wheel. I was then able to project the geometry of the apex of the R10 rib around the central hub. I drew a portion of a circle and on the sketch plane, and then revolved it around the central access.

Using this new ability for me to place sketch planes I then proceeded to produce a sketch plane at the start and end of the spoke where it is 22 nd 24 on the major axis and 9.5 and 11 on the minor axis.

I tried extruding with rails but that just generated errors. I also tried extruding the end of the spoke to the next object but that also gave errors. If it is actually possible to extrude the face of an existing solid, will it extrude based on its existing tapper or will it just extrude straight? 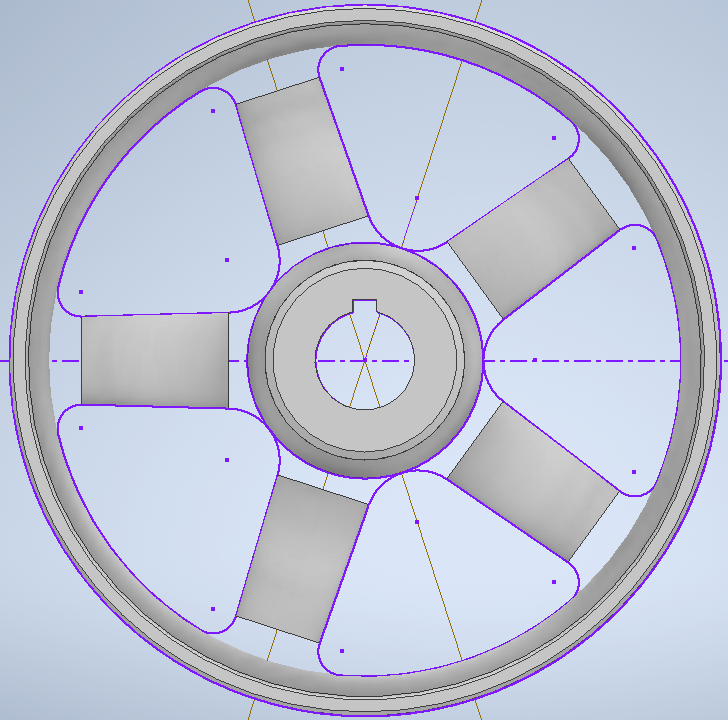 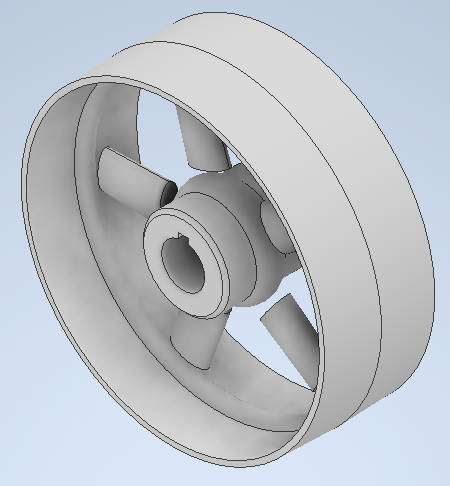 tl;dr - add the fillets at the end.

Step 1: Revolve. This should also include the R10 'lump' on the central axis. 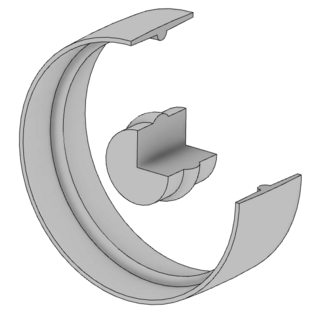 Step 2: Define the Elipse Taper. It's stated that the thickness is 11mm and 9.5mm respectively at each end of the spoke. I don't want to start this spoke at the surface of the hub as then my loft would need extending in order to fully intersect it. Instead, I will loft from the XZ plane. So, I need to know how big to make the elipse there! Create reference sketches, with the dimensioned values (11mm and 9.5mm in this view, and 22mm and 24mm in the other axis of the spoke). 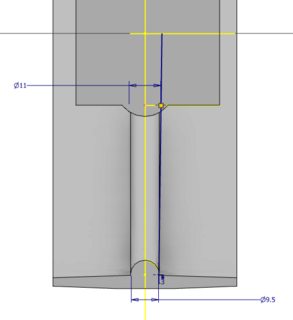 Step 3: Loft. I created a plane by selecting the bottom point of my reference sketch, and the XZ plane before clicking plane. This automatically creates a plane that is parallel to the XZ plane and passes through that point. The two ellipses are easy to create by first projecting the endpoints of the reference sketches, and then making these coincident to the major and minor axes of the elipse. 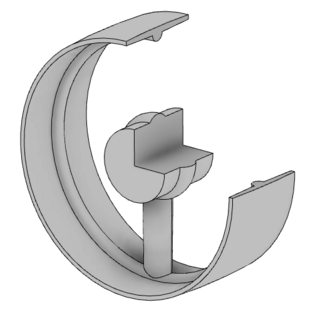 Step 4: Pattern. Pattern the loft feature around the Z axis 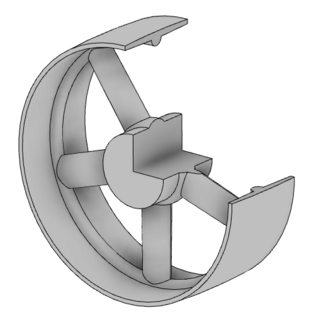 Step 5: Cut the bore and keyway. I also champhered here since I didn't include it in the original sketch. 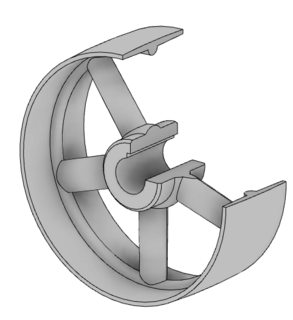 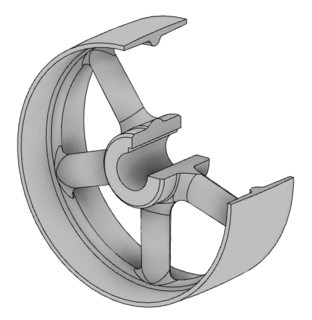 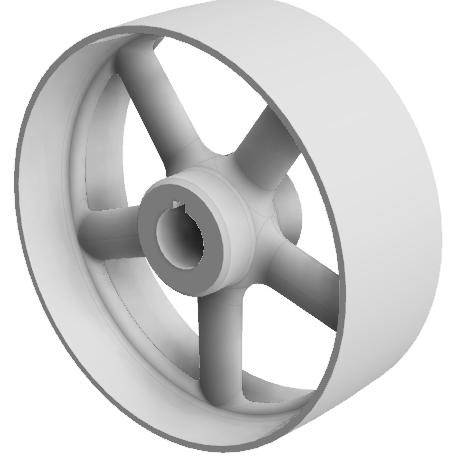 I suggest first completing your section view to include the details of the rib and the center hub, then try the 3D view again. 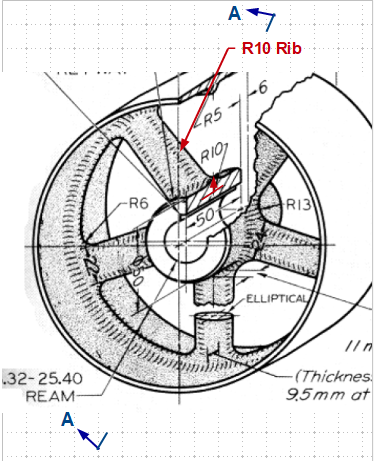 Reading this in isometric view is quite hard, I think it is better to visualize this in top, side, with cross-section view.

Does that help? I think I got it wrong somewhere, but it's because the drawing is so hard to read.

I would start from 3, ie. draw the ribs.

To do that I would first take the right plane. I would create an ellipse, and then I would extrude from the surface of the central hub to the external ring surface.

After that I would proceed to steps 1 and 2. I.e. I would select the intersection of the rib to create the radii.

Not the answer you're looking for? Browse other questions tagged technical-drawing drawings autodesk-inventor or ask your own question.

0
Fusion360 - How do I fill these sketch planes into a body?
2
In freecad, how do you copy a sketch geometry from one plane to another?
1
Loft not quite making the cut