Calculate shear and deflection for simply supported beam on different support height (like a staircase)?

I’m trying to calculate the beam deflection for an inclined beam. It’s only connected to floors (and not walls). The beam is a monorail and I want to test different shapes (tubes and I-beams).

Plenty of online calculators that can help, but I noticed none have the option where each support can be set to a different height.

I simply assume if you raise one support higher than the other, this will result in a different amount of deflection (probably not a whole lot, nevertheless).

So my question is what is this type of calculation called? How would this calculation be done?

I made a schematic of the beam (in red)/situation. In yellow the 2 type of beams I want to calculate the deflection for. As an example I have marked the point load as A, B and C. 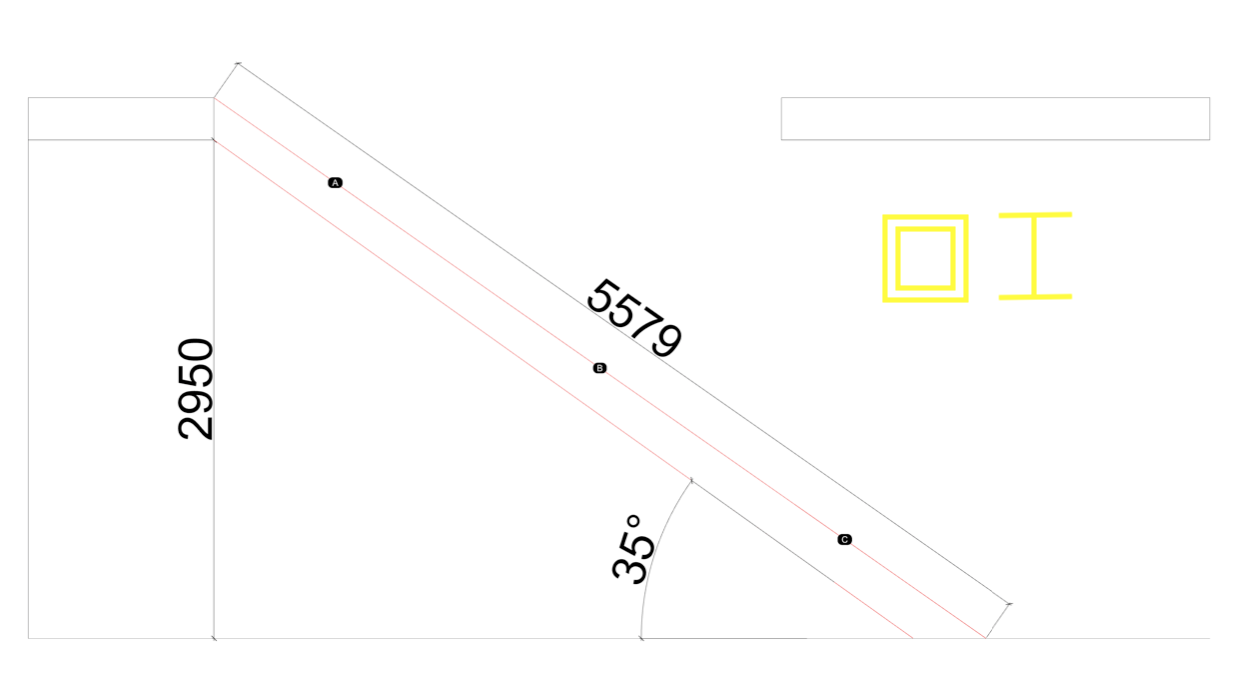 We break the load on the stringer into its 2 components: perpendicular to the stringer (beam) and normal to it.

We calculate for a flat beam with L=12ft and w=86.6lbs.ft and a uniformly applied normal load of 50lbs.ft.

This means on the lower point of the stringer we have 12* 50= 600lbs force but on the top, we have zero normal force. which is not a big deal, Usually the governing factor is the moment.

We know this depends on what you mean by the deflection of an inclined beam, but it is a good estimate.

If I understand correctly, the beam is a single structural shape simply supported on both ends by the floors that are considered pin-supports. One of these supports can be moved higher while the other holding constant, as thus, the question is - will the deflection change?

The answer is "Yes", because the physical beam length (along the slope) has changed, and the magnitude of deflection is direct proportional to the beam length.

The calculation method is identical to the ususl beam deflection calculation, however, the calculation shall be performed on the beam along the inclined axis, that is, the length of the beam to be input into the equation equals the horizontal span length (between supports) divided by the cosine of the angle of the incline ($L' = L/cos \theta$; Also, the gravity load needs to break into component forces -force acting normal to the beam ($N$), and force acting along the beam ($S$), note that the latter force is ignored in general practice, so the force to be input to the equation equals $N = Pcos \theta$.

Hope this answers your question.

In order to evaluate the deflection of an inclined beam, we need to work on its own (local) coordinate system ($x$, $y$), so we need to break the force into the components - normal force ($N$), and thrust ($S_f$), and to calculate the effective length of the inclined beam ($L'). These steps are shown in the sketch below.

(*) Note, for simplicity, let's assume only the normal force causes the beam to deflect. To be exact, the thrust will increase the magnitude of the deflection to a small extent, which is usually ignored in practice, except that deflection caused by the normal force is rather large.

The calculation of the deflection is identical to the beam in horzontal: 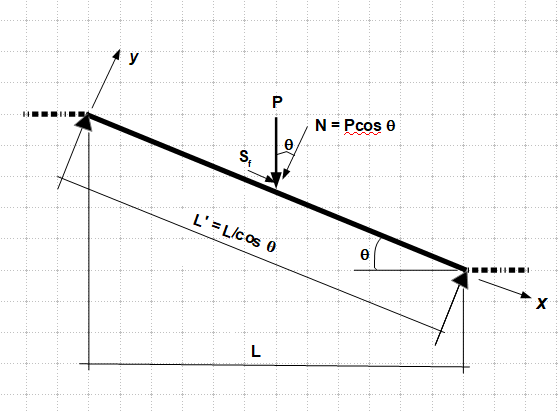 Finally, the true deflection measured in the Global Coordinate system ($X$, $Y$) is:

Now let's set $\theta = 0$, which is the condition of a horizontal beam: 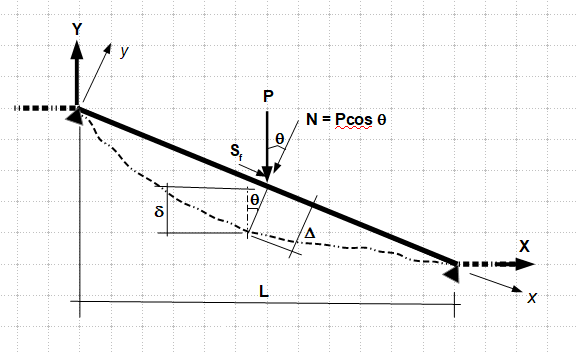 For your case with 3 loads and the equation of the deflection could be unknown to you, you may utilize the tables below to calculate the deflection for each loading case shown, then combine the results at the points of interest through the method of "superposition". 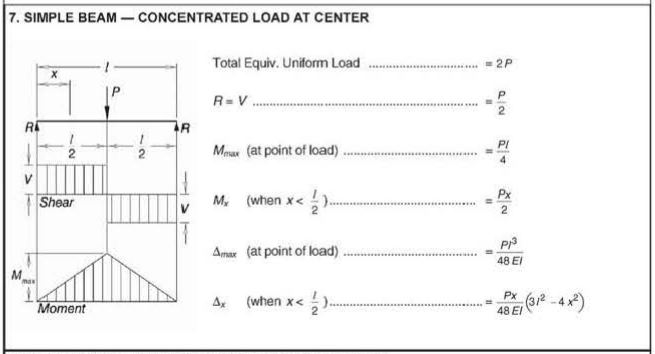 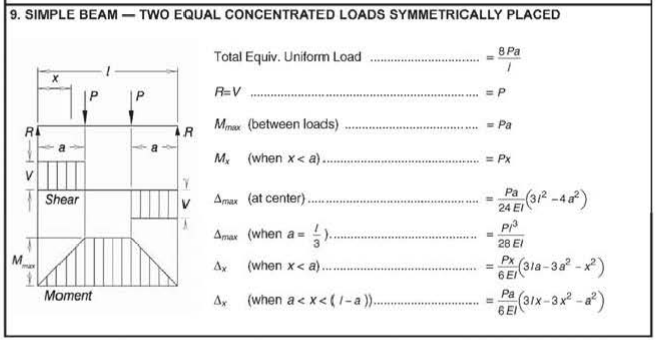 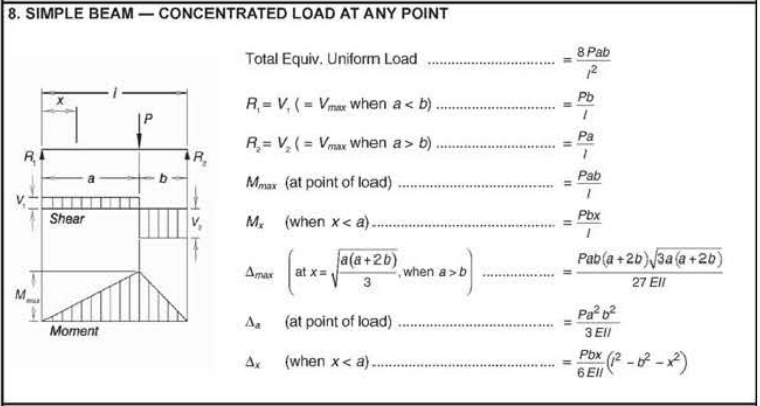 Not the answer you're looking for? Browse other questions tagged beam deflection or ask your own question.