Does more downforce affect the acceleration and top speed?

How can downforce make a race car faster, apart from being faster around corners? I just recently learned that downforce can help a car accelerate from 0-60 mph faster. Usually, I thought drag didn't have a great effect on a car's 0-60 time. I also thought that the more drag/downforce a car makes the slower its acceleration (at higher speeds) and top speed. Does a car make more downforce the faster it goes?

You do not want to overcome the force of static friction when accelerating because that's when the dynamic friction takes over and your wheels slip. That means that the force applied on the edge of your wheel is limited by the static friction which limits how much effective torque you can apply to accelerate (or maintain speed while overcoming losses due to drag).

Downforce might not change the coefficient of friction but it changes the force of friction because it increases the normal force but does NOT increase the mass (inertia) which must be overcome to accelerate.

That means you can apply higher torque on your wheels before they start to slip which means you can accelerate faster (so long as your engine can provide said torque).

TL;DR: I will expand on DKNguyen answer, which provides all the salient points. i.e. (my interpretation) the downforce is desirable to provide a better interface/grip between the car and the ground.)

Comparison of drag and lift coefficients for automobiles.

The following graph presents a comparison of drag and lift coefficients. 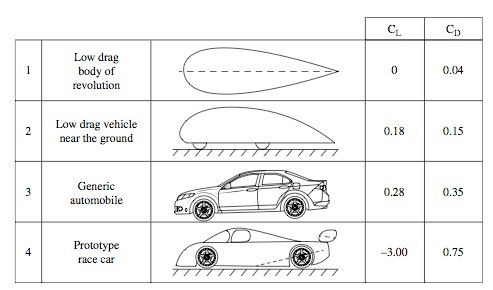 First of all notice the high value of drag $C_D$ on the prototype race car. You would expect it actually be lower than an average commercial car (It is not a spelling mistake!), and yet its over double.

Additionally, notice the value for the coefficient of lift $C_L$. Notice the negative value and fact that its an order of magnitude greater than a commercial vehicle.

*Short note on Lift on commercial (-non supercar-) vehicles: On of the reasons for the positive $C_L$, is the clearance below the vehicle. This makes the car loose grip and feel (sometimes) more like floating and become "wobbly" at high speeds (apologies the correct word doesn't spring to mind).

Although covered in many other answers recently the top speed is when the aerodynamic drag is equal to the force that ends up on the wheels when they are driven by the engine. I've written this long description, because the force on the wheels changes depending on the speed (assuming a constant power).

This is summed up very nicely in a graph like the following (notice that the $\color{blue}{\text{blue curve}}$ is depended on $\frac{1}{u}$ which explains the hyperbolic shape): 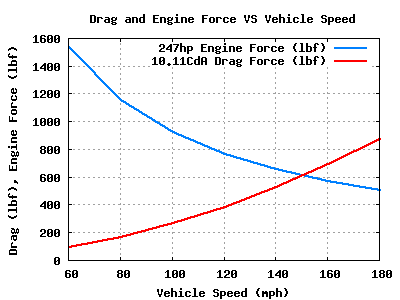 figure 2: Aerodynamic drag and force on the wheels (source: hogervorst)

The top speed is where the two curves meet.

increasing the Power of the car (and the limitations)

Arguably, since its possible to increase the engine car, this would shift the $\color{blue}{\text{blue curve}}$ further up.

The problem is that as the $\color{blue}{\text{blue curve}}$ shift up, so does the Force at which there is equilibrium. And that force is the force that the wheel should be able to act on the ground. Therefore, there is a limitation based on the how much traction force is possible for the tires to exert.

The traction force T can be approximated by the static friction law (not kinetic):

Also keep in mind that the aerodynamic lift and drag have similar equations, i.e. :

The point being, that: for a fixed surface/wing car increasing the drag has a proportional increase in lift (either upward or downward). The trick is to trim the car in such a way that optimises its performance.

For the cars you are considering, the engine power is so much that you'd probably only burn rubber is not for a significantly high downforce.

So - in that high horsepower scenario - the downforce is desirable to provide a better interface/grip between the car and the ground. This can help to: 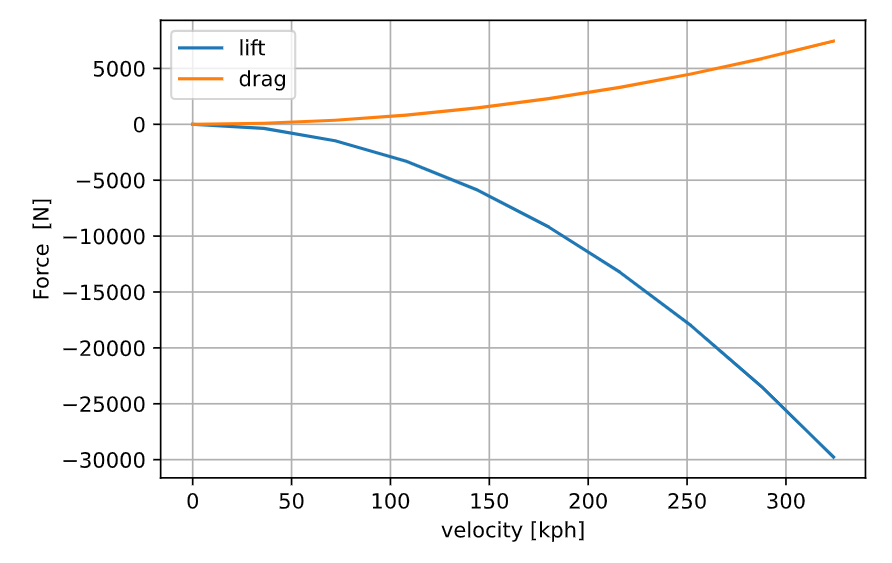 Comparably, the drag will be twice that of a "normal" car, but there is still room to gain traction force.

You can see this in the diagram below, where 4 curves are plotted:

In the case of the generic automobile the excess hp will never affect the top speed, because there will not be enough traction (at high speeds the lift will reduce the reaction from the ground and therefore the traction).

The downforce is needed to counter the lift. This will stick the rear end of the car back to the road and provide better traction and maneuverability.

Smart rear wings (they call them wing when they are high and spoiler when they are part of the body design) are designed to provide maximum downforce with minimum drag. This can be done by the correct angle of attack and adding defusers and spoilers. The units on the chars are pound-force.source 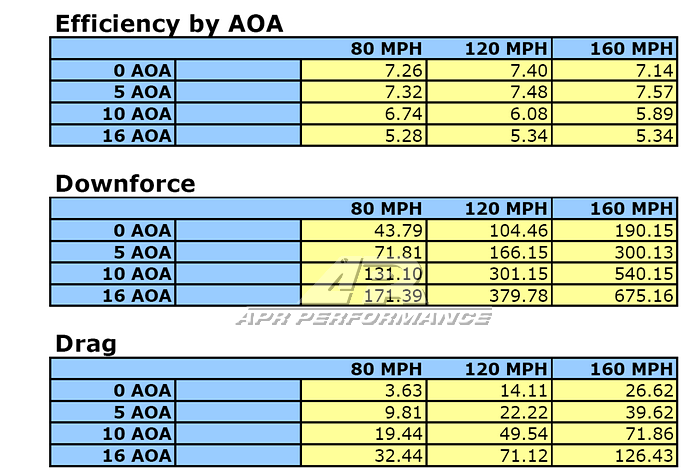