Tensile Force on Line of Bolts

I'm presented with a problem requiring some analysis to determine if an antenna bracket mounted to a concrete blockwork wall is sufficiently strong enough to endure a wind load given the known surface area of two antennas mounted on it. 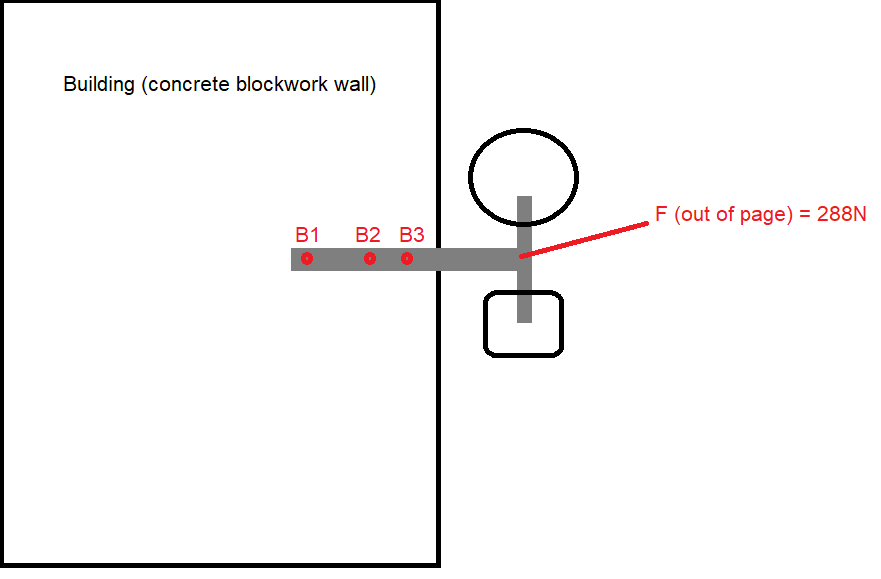 The force due to the surface area of the antennas & wind velocity is assumed to be 288N at the end of the vertical post acting out of the page and attempting to 'lever' bolts B1:B3 out of the wall (pullout/tensile force).

I've simplified the problem to assume B2 doesn't exist, B1 is the fulcrum and B3 is the 'load' in a class 2 lever system: 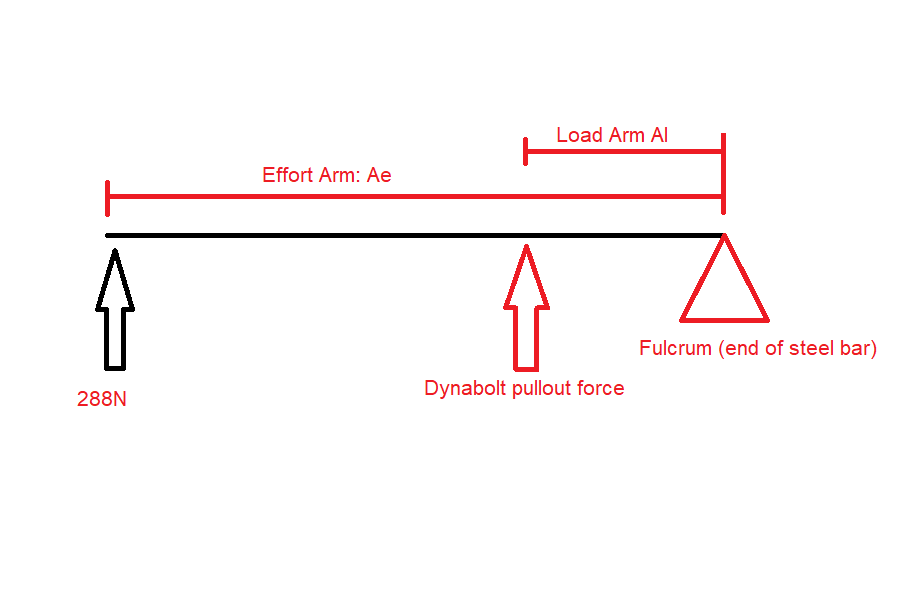 For the simplified system I work out the tensile force acting on B3 to be in the realm of 709N:

Having an electrical background I'd be very interested to hear how a mechanical engineer would approach the problem and whether there is a better way (than my simplified system) to represent the forces on each of the 3x bolts. 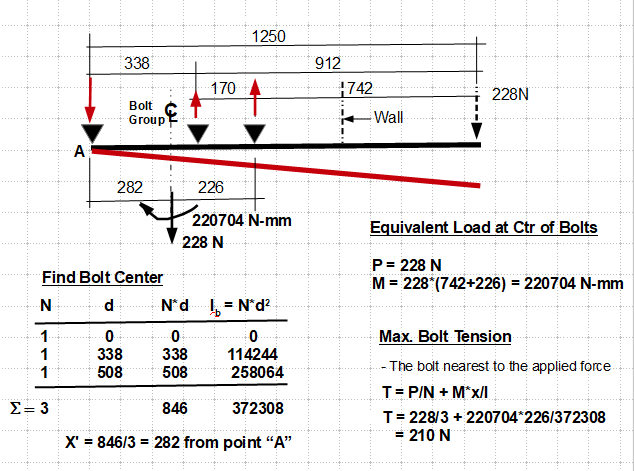 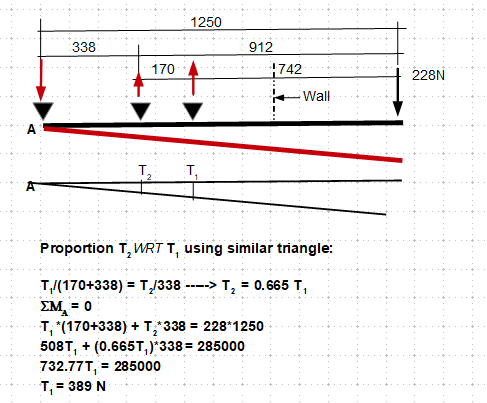 I recommend using the Metod 2 for its simplicity and embed safety. Also, I suggest adding a rod from the fixture to the wall to take care of the vibration induced by wind. 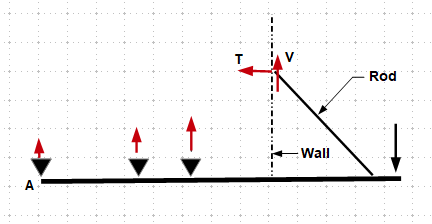 Please check my math for mistakes.

Assuming the lever is rigid enough not to bend to simlify our estimate:

The lever will rotate about B1 bolt because it can not penetrate the concrete block. So B2 to and B3 will share the 288N proprtionaly to their distance from B1. Lets call their reactio RB2 and RB3 respectively.

As mentioned in kamran's answer its very important that the bar is rigid. Otherwise the following analysis is not relevant.

Although you don't seem to consider it this way, -if the beam is rigid enough-, then the fulcrum at the far left edge of the beam (not on B1, so the force there is not zero). The equation I derived is based on that assumption, which is more correct and will give slightly different results (the accuracy will depend on the beam's rigidity). 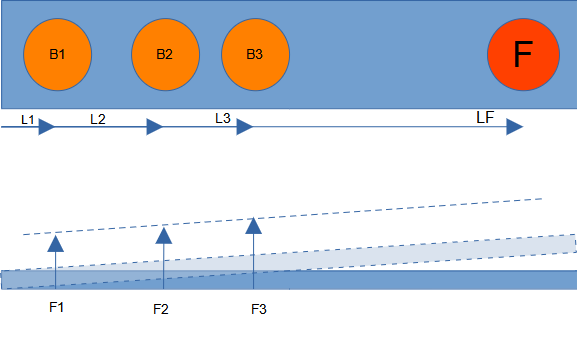 The top view (its at the bottom - I'm using a first angle projection), shows

Then you can write the equations for the equilibrium of moments about the fulcrum :

This is to illustrate the difference, of selecting a different position to the fulcrum point.

if you assume the fulcrum is at B1, then you end up with (essentially the same with kamran's computation)

Not the answer you're looking for? Browse other questions tagged mechanical-engineering civil-engineering building-physics bolting or ask your own question.

8
What bolts should I specify with Weathering Steel?
7
Are standard structural bolts acceptable for all cold climates?
5
Are stress concentrations a concern when replacing rivets with high strength bolts?
9
Many small bolts, or few large bolts?
4
Effect of varying diameter bolts on shear stress under eccentric loading
4
Selectively rotating (engaging/disengaging) one of 80 couplings on a small shaft?
5
Do bolts become tighter or looser at cryogenic temperature?
3
Determine force distribution from a bolt pattern
1
How to find the diameter of bolts in a flanged joint?
2
Strength of bolts