How does shear/viscous stress change in liquids as applied shear force is changed?

As per Newton's law of viscosity, the dynamic viscosity of a Newtonian fluid is constant (doesn't change with applied shear stress).Consider the Couette flow used to explain viscosity . 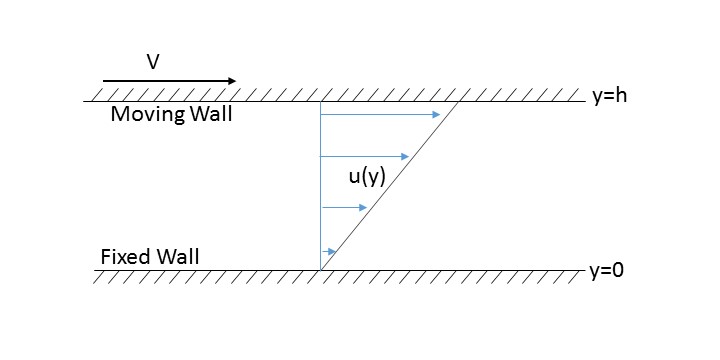 So how does applying a higher shear force produce a higher shear/viscous stress between fluid layers as indicated by the shear stress vs shear strain rate curve. 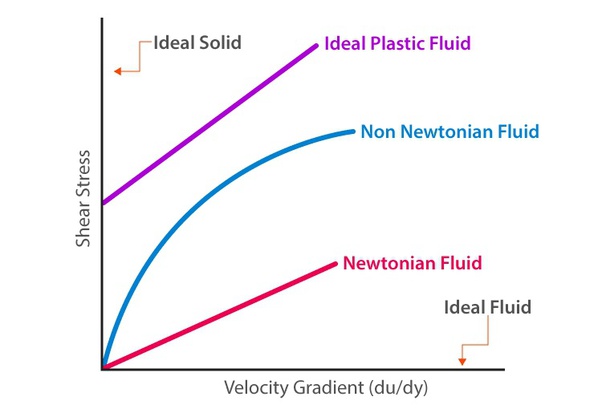 In the case of solids ,in elastic region whenever we apply a higher force the bonds are stretched and to stretch the bonds longer you need more force and hence higher stress developed in material is justified. Whereas in plastic region the work hardening effect (I don't have much idea on this and I am still reading on what happens at atomic levels) causes a higher stress in material as higher force is applied. In liquids (specifically Newtonian liquids) I am not really sure why a higher shear stress is produced as we increase applied shear force. In the case of liquids, I think it's correct to say that when we apply a higher shear force more molecules flow adjacent to each other per unit time. Can we co-relate this (If yes how?) to higher shear stress produced? Or else how do we explain the higher shear stress at higher shear force applied?

Edit: Looking for an explanation at molecular level.

The way I understand it, is that (at least in laminar flow) viscosity is proportional to the "stickiness" between the layers of the fluid. I.e. higher viscosity, means that if a layer starts to move, then it will sweep along more forcefully the adjacent layers.

Additionally in the example of the Couette flow, the velocity of the top layer determines the $\frac{du}{dy}$

So when you increase the velocity gradient, greater forces are required between the plies. However, since the magnitude of the forces that are applied on the interfaces of the layers is greater, the shear stresses (which is force over area) are also greater.

NOTE This is a very handwavy explanation, which I admit is more my current understanding rather than an answer. I look forward to comments/corrections.

UPDATE Regarding the molecular level, I would look into the relationship of cohesion and viscosity. Basically, higher cohesive forces mean higher viscosity. So the the layers can withstand higher forces. If you apply too much force, then basically the continuity is lost, because the cohesive forces are not enough to maintain contact between the molecules of the fluid.

You should consider sheer density. When the stress increases, the velocity gradient increase.

If the distance between velocity contour lines of say 0,1 m/s difference in speed used to be 1mm originally it becomes roughly 0.09 mm at a stress level of 1.1 times the original stress level.

This doesn't concern the behavior of the liquid at the molecular level.

Not the answer you're looking for? Browse other questions tagged fluid-mechanics material-science shear liquid or ask your own question.

5
Working Out Shaft Torque in a Stirred Tank with a Cylindrical Cavern Formation (using a non Newtonian fluid)
3
Why does concentrated shear force on a beam influence the whole beam?
0
How to calculate the viscous damping coefficient given drag force
2
Does the aerodynamic force qualify as a viscous damping force in the Mechanical Harmonic Oscillator
1
How to calculate failure stress on a hollow pin loaded in shear
0
Does F_x generates "Transverse Shear Stress" shear stress at the fixed end A?
1
What does negative shear stress mean $\tau \:=\:\frac{VQ}{It\:}$?
-1
Magnitude of shear stress on beam element