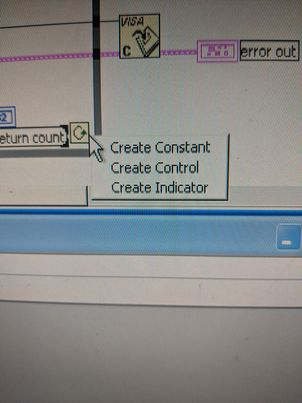 Here is an image of what I get for reference. I'm supposed to see something like this 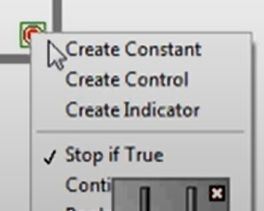 Anyone know why it's different? I'm on Labview 5.0 if that matters.

Although it might have changed (LabVIEW 5 was released in 1999) you just need to right-click in later versions (I was wrong earlier - however I've checked on Labview 8.6 and 2014).

Maybe you are not clicking on the exact position.

Also, if you are developing on two (or more monitors), sometimes there are some unexpected side effects (especially if you are using monitors with significantly different resolutions). If you use two monitors, I would recommend:

Not the answer you're looking for? Browse other questions tagged labview or ask your own question.