I just bought a lab jack like this one: 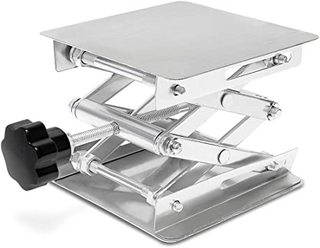 Its purpose is to change its height without loosing its rigidity by using the so called: scissors mechanism 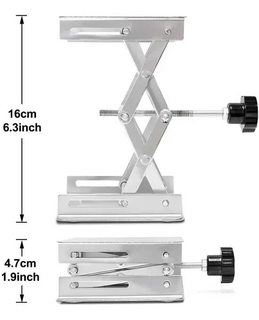 I was wondering if there is a similar device like that one, but instead of changing its height, that could change its width too. Some sort of Lab Jack with bi-dimensional movement (X and Y instead of just Y)

Browse other questions tagged mechanical-engineering design mechanisms or ask your own question.

4
How to bend iron pipe into a spiral guide rail for stair lifters
2
Miniature electric or manual jacks?
4
Lift-type identification - What class of lifts are ferris wheels in?
1
What is your best recommendation to optimize the torque/speed relationship of a motor?
0
What are rules of thumb for designing a gravity feed system for cylinders?
0
Why is there still no truly omnidirectional treadmill? (technical reasons)
1
Modification of Beam Equation for Thin Sheet
0
Name of this type of platform lift
1
What thickness of steel bar/pipe for home gym?