I need to spin a 700g (65mm radius) round ball at 35,000 RPM. I need to bring it up to speed slowly, so I also need a motor driver/speed controller and something that tells me what the current rpm is. I have attached an image for reference.

How should I know what torque or power the motor should have? 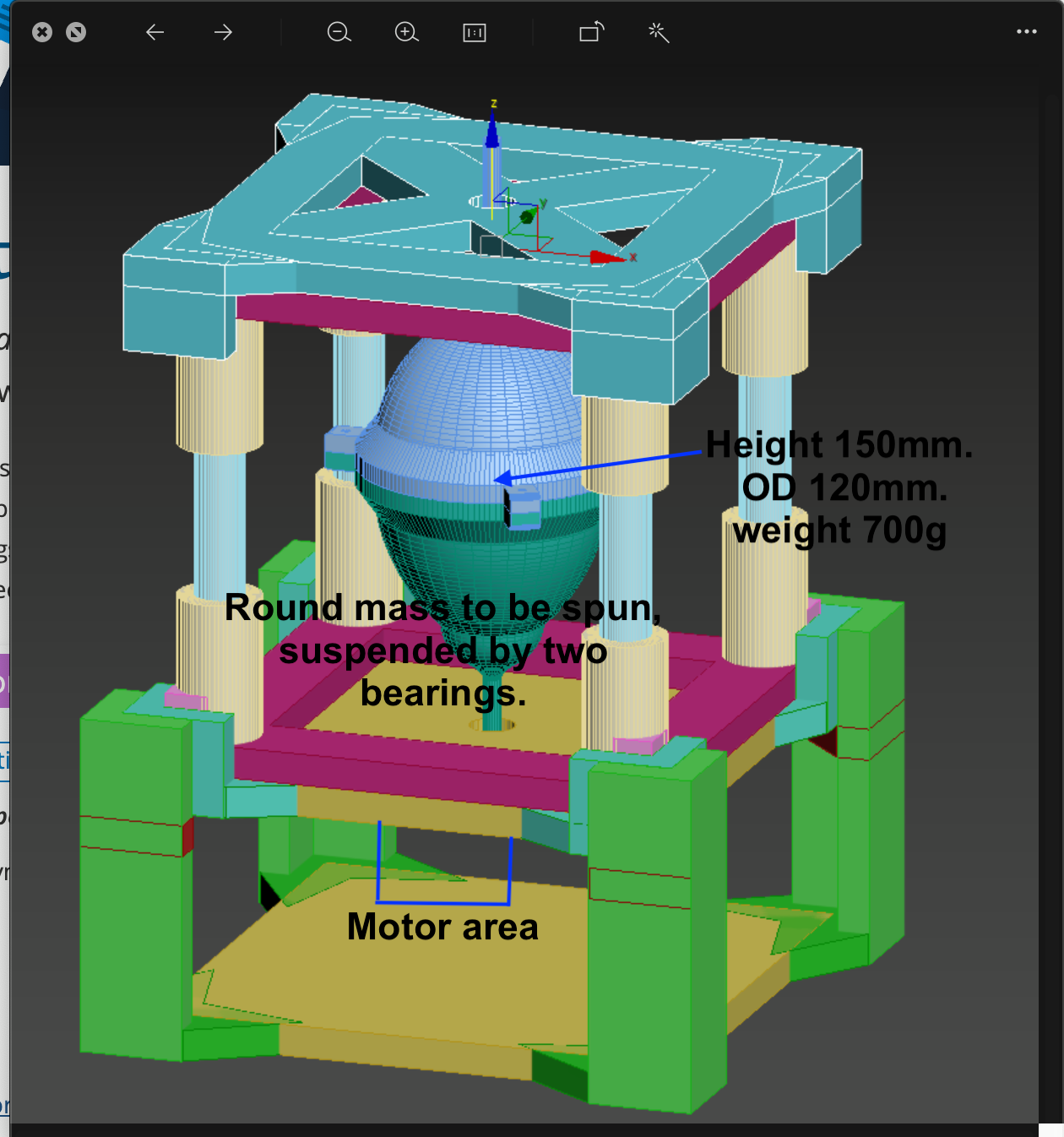 The text in your image could be improved by making it lighter than the background, but that's not important to the solution.

By using "torque required for rotating mass" as the search terms, I found many resources to assist your goal. Unfortunately, most of them use Imperial measurements and it appears that you're using the metric system. Not to worry, Torque for Dummies (paraphrased) has the calculations in metric.

The solution from the linked page is aimed to calculate torque for a spinning disk, not a sphere, but I suspect the mass portion of the calculation and the diameter/radius are the critical inputs.

A DVD is a disk shape rotating around its center, which means that its moment of inertia is

Thanks to NMech for the correction for the rotational inertial of a sphere, maintaining the original link information above.

The diameter of the DVD is 12 centimeters, so the radius is 6.0 centimeters. Putting in the numbers gives you the moment of inertia:

How about the angular acceleration,

Here’s the angular equivalent of the equation for linear acceleration:

Similarly, you can get the final angular velocity this way: 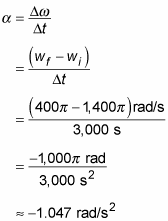 You’ve found the moment of inertia and the angular acceleration, so now you can plug those values into the torque equation:

Obviously, you'll have to replace the example values with your own. This is left as an exercise to the reader.

3
Type of motor for a small lathe
1
Speed control of a BLDCM at low speed
0
Torque and Speed of a DC Motor with Pulleys and Wheels
1
What is your best recommendation to optimize the torque/speed relationship of a motor?
3
Choosing a proper BLDC motor for lab centrifuge
0
The torque I need to lift the device and correct gear ratio for the device to be as fast as possible
0
Calculating needed motor to spin a disk at low RPM