How to send true digital data in discrete values?

To my understanding signals in any form sent through empty space is in the form of electromagnetic waves. This implies that it is never discrete two values but it can be modulated. Looking at this real life oscilloscope one can see what is actually happening. 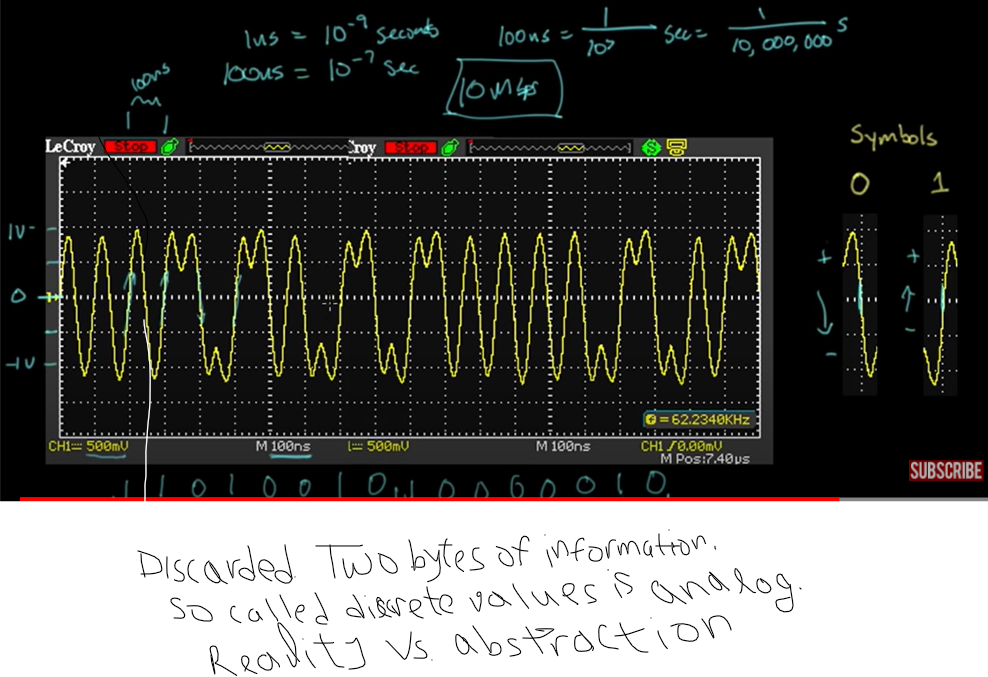 Of course this type of signal is only one means of sending data and of course there is nothing discrete about it except a simple agreement how to read two values from it as can be seen. Plus certain parts to be ignored, not read a value into it.

But my question really is if one can send photons if you will by means of puls width modulation. And since electromagnetic waves have two components, electric and magnetic aspect being octogonal to each other, how would such modulation look like as it propagates through space?

To my understanding PWM can be 0 or 1 or any value by simply manipulating its duting cycle.

In the image below as can be seen that the negative voltage is read as 0 and positive voltage as 1 and furthermore what is read and what is not by sheer agreement and not because it is actually two distinct value that is being sent.

Can square waves be sent which of course sounds rather meaningless because waves are not square but lets not get too picky about this. Can square signal be sent, because if it actually can be sent or is sent only then we can say we are sending digital signal of discrete values. And converting one into the other does not count.
If analogue is the only way signal can be sent and is converted to digital at the receiving end, that of course doesn't count.

If square signals photons exist transporting information, certainly we can send only the top part of PWM as in from 0 to some plus voltage or from 0 to some negative voltage.

Would such a signal even leave the antenna or travel through wires long distance? Could you boost such a signal by means of tansformers without losing its shape?

I have always held the position that data can not be sent in discrete values at all in the sense of actual defintion of what discrete means which is distinct and not continous, however one can interpret the shape of analogue real world signal as digital by sheer agreement which is what I see below in the picture. It is waves, each bit and byte continous both in magnetude and direction and even time. All lines lean forward in time. And in fact with respect this signal form there are no horizontal lines at all instead clearly it is ridges. Separating one zero from the other is simply modulating. It is not a bunch of hyphens separated, nor if there to be few ones in a row. Real digital signal by actual definition would mean a bunch of hyphen be it at 0 ( which is the time line) or above on the voltage coordinate for value 1 as hyphens and down in the negative voltage as hyphen as another digital value. And such transmission does not exist. Why it does not exist or can not exist? It is because everything happens in time?

Because things happen in time all lines must be connected in horizontal coordinate. You can not jump to another voltage suddenly. However I won't be that picky. If PWM square waves can and is actually sent please tell me it is true and show how would it look like moving through empty space as signal, knowing that it must have both electric and magnetic components? Thank you.

( In the image, in the hand writing instead of the word byte, it was meant to be bit)

(I am editing this to include another image of how pulse-code modulation that would mean discrete value is sent in the actual analogue transmission. If the blue dots which rides on the real true EM waves are discrete, which one is a 0 and which one is a 1?) 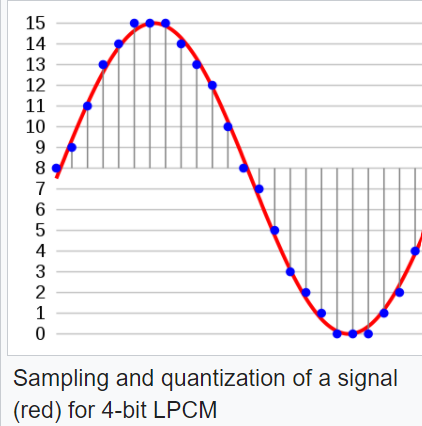 Browse other questions tagged electromagnetism signal-processing digital-communication or ask your own question.

2
What happens when very bright coherent light and weaker incoherent background light passes through doubly cascaded diffraction gratings?
0
How is an digital coherent receiver able to achieve 100 Mhz line-scan rate for detecting coherent light in the presence of incoherent light?
3
Arduino DAC to Speaker
0
Is it possible that room noises could end up on the recording when recording audio from an analogue source?