Why should I use a contact between two glued bodies in FEA when I can directly merge the mesh nodes between them?

So I am using ANSYS to conduct a FEA analysis. I have two options to built a connection between two bodies; first is I can use a contact (like bonded) between the touching faces and the other option is I can simply merge the topologies of the two faces in contact, so the the two faces will have a single set of nodes and elements between them. I couldn't understand what is the difference between these two options and which one should be used where? I heard from somewhere that if you are interested in finding the amount of force being transferred in that contact, and if you want to know the contact stresses on the faces in contact, then you should choose modelling the connection as a contact in FEA. But still I am not sure if these reasons hold true or not. Please help.

Merging the nodes is equivalent of a continuous body (see welded).

Using a contact definition, means that there are two separate surfaces which are connected through a layer/thin film (although this is a simplification). Using the contact definition means that usually there is a surface and adjacent nodes and/or elements are checked against that surface (to measure the distance or penetration). 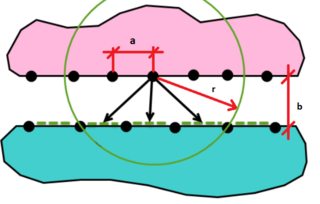 Figure 1: an algorithm used for penetration of a node against a contact surface (source Autodesk)

By knowing the distance, and setting a spring constant for the definition, it is possible to calculate the forces between the nodes. Changing the constant (i.e. changing the bonding agent) will result in a different force and a different displacement (which in the case of the merged nodes is not possible)

An alternative (naive) approach for the glue, would be to use elements to model the glue layer. However usually the thickness of the layer is a few $\mu m$, and that would be harmful for the aspect ratio of elements in the neighborhood (either the glue elements or the structures or both).

In general contact definition are more expensive, but sometimes is the only way to perform a meaningful simulation.

Not the answer you're looking for? Browse other questions tagged finite-element-method ansys or ask your own question.

8
How do I best model a torque applied over a non-radial line?
3
How to simulate the contact between two distant parts in Ansys workbench？
1
Why is the amount of force/moment transfer occurring between bodies in FEA is independent of mesh size?