Two-mass rotational system has the following form and is represented in following structural diagram. 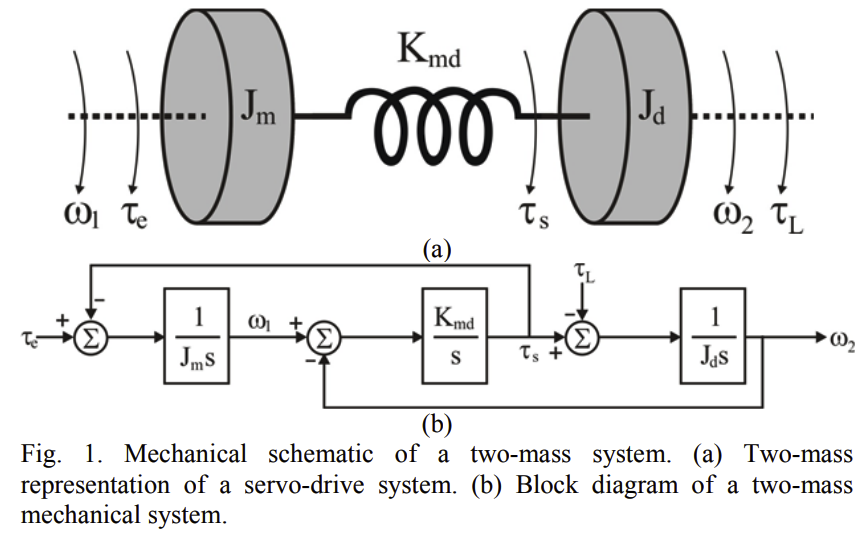 Problem: how to include a gear ratio $N=\frac{\omega_1}{\omega_2}$ in equation of motion and in in a block diagram respectively?

I wrote down the Lagrangian for each mass in terms of the gear ratio, but in the usual case, I just compiled a system of differential equations according to the Lagrange equation, but I cannot understand how now using the TWO Lagrangian to get one block diagram with a gear ratio.

Assuming that the gear box is on the left end of the shaft (i.e. no flexible shaft between motor and gearbox).

Similarly for the other body also (exercise left to you).

I have not considered the input torque. It can be added to this result.