How does a (pulley based) continuous variable transmission (CVT) work?

How does the (pulley based) CVT achieve the following?

Basically, what this gear ratio mandates is that a gear with a greater number of teeth will rotate slower than another with a less teeth.

essentially allows us to abstract the geared transmission with the idea of two circles that are rotating in contact (without slipping). 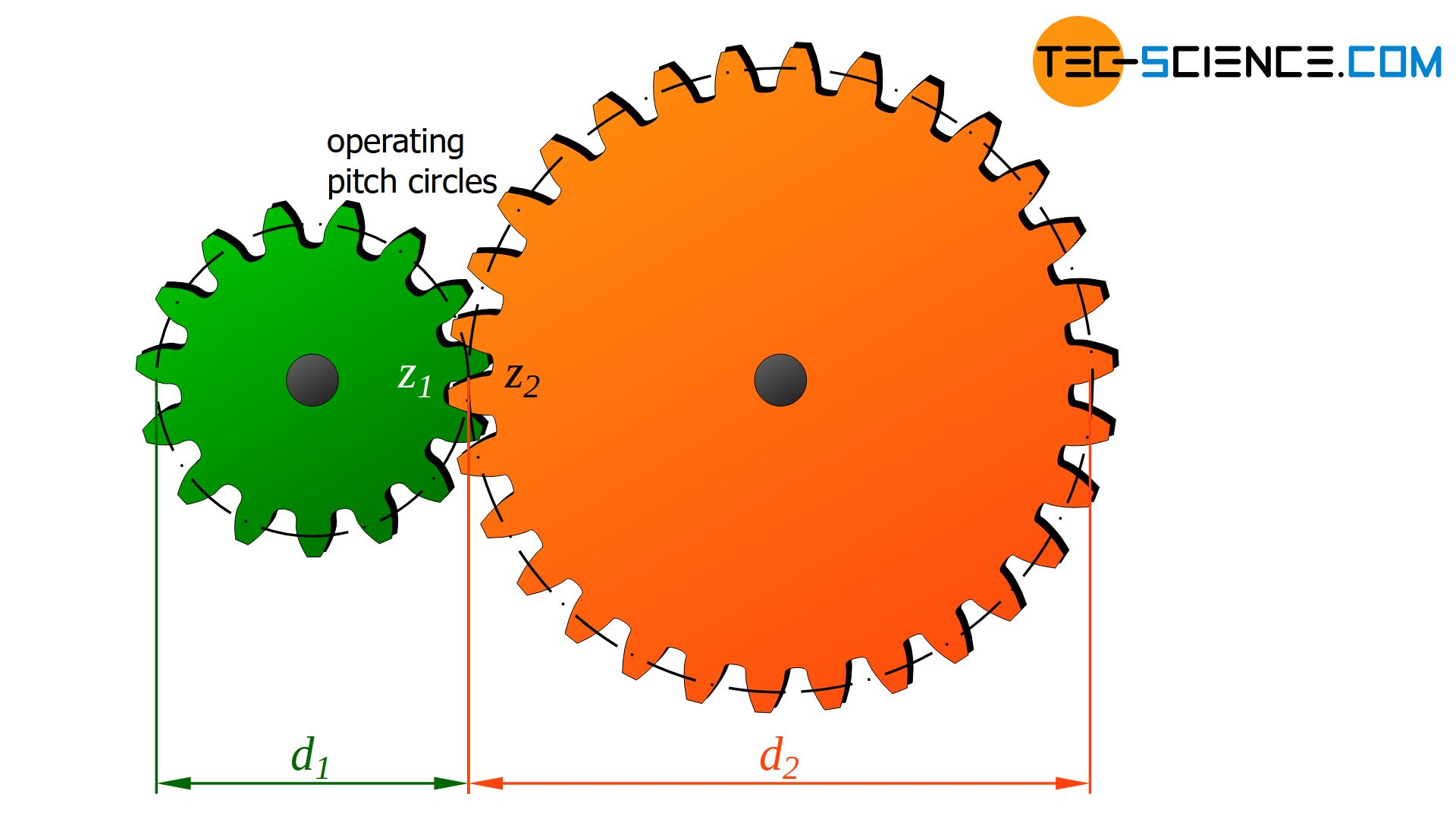 A manual shift gearbox works by having (typically 4 to 6) different pair combination of gear diameters, thus changing the gear ratio by "shifting" to another pair.

However, during shifting, you need to use the clutch in order to decouple gear transmission. The activation of the clutch is what reduces the acceleration.

How the concept of pulley based continuous variable transmission (CVT) works.

The idea behind the continuous variable transmission is very simple, yet powerful because it achieves the following things.

The simplest way ( Evans Friction Cone - circa 1903) to achieve that is the following: 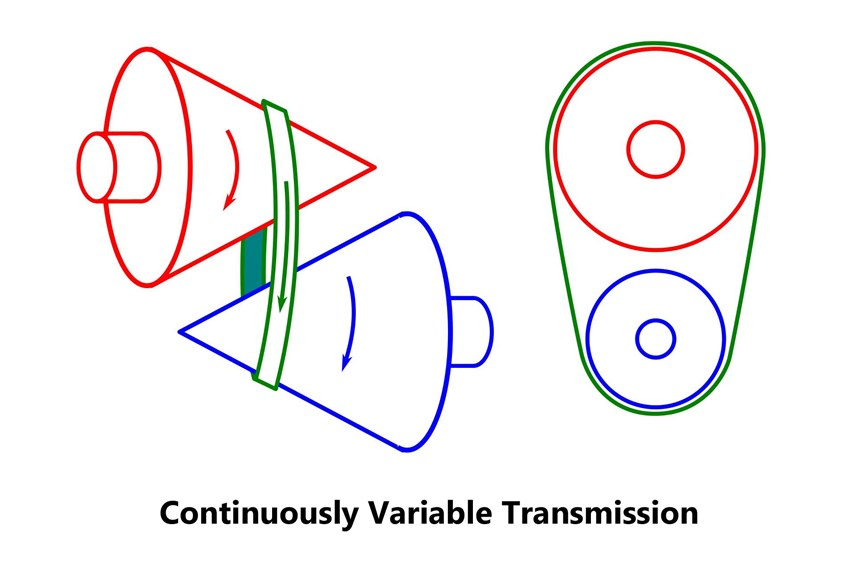 Basically, what happens is that the position of the pulley in the image above can be moved to any position, thus changing the diameters involved on each rotating shaft. Further the pulleys are designed to move according to the power demand of the car, always ensuring that the engine operates at its optimal range. Technically, this is possible because, CVTs have an infinite number of drive ratios.

Modern implementations of pulley based CVTs

The first pulley-belt CVTs is probably the Variomatic. It was developed by Hub van Doorne for DAF and introduced around 1958.

Currently, the prevailing implementation of the CVT is different than the above illustration. 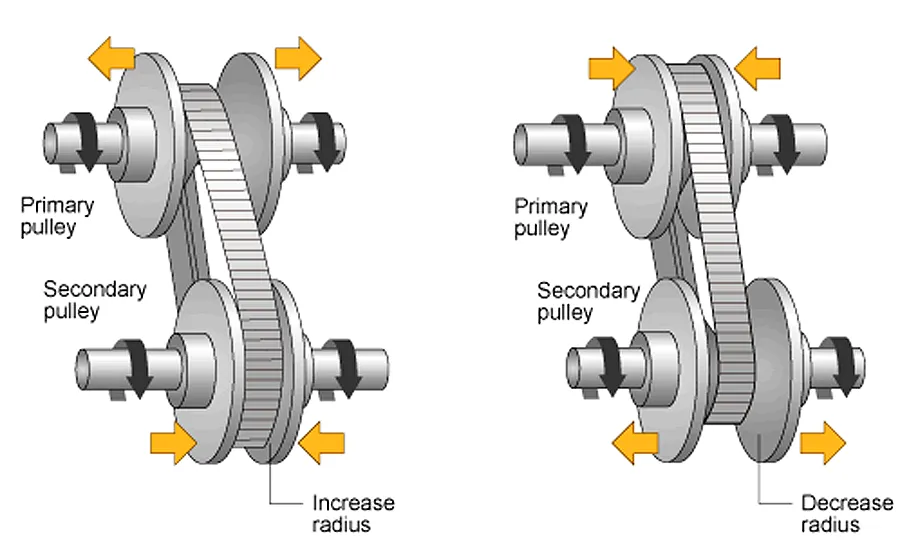 In this implementation, each pulley (primary and secondary) concurrently change their effective diameter. This is achieved by moving their side walls in opposite direction (see above).

This effectively changes the gear ratio, without the need to decouple the two shafts.

Other types of CVTs

Apart from pulley based CVT's there are other implementations. Namely:

Not the answer you're looking for? Browse other questions tagged mechanical-engineering gears transmission or ask your own question.