When my car shifts gears, the car's acceleration never goes to 0. I feel that there is constant torque to the wheels throughout the entire shift.

How is this possible during a gear change?

I don't know why the other answers are talking about CVTs. Maybe I'm missing something?

But the basic way how automatic gearboxes achieve smooth switches is that they use multiple clutches, instead of moving / remeshing gears. For example this site shows basic structure of the 10R80:

Typically the clutches lock up the sun gears of a planetary gear system, which alters its gear ratio. The transition is smooth because a clutch can be engaged while torque is being passed. If multiple clutches need to engage / disengage simultaneously, the engineers carefully design the timing to minimize any jars.

There is additionally a torque converter, which has the purpose of smoothing out the transition between the two different gear ratios. It couldn't hide a zero-torque gear switching pause because it is on the input side, but there is no such pause in the first place.

Many manual transmissions feature just a single clutch between the engine and the transmission. This requires that the clutch be disengaged before switching gears, during the switch, and until the final selected gear is fully engaged. When a human is performing this operation, the clutch may be engaged for many hundreds, even thousands of milliseconds, which is why you feel a lag in the acceleration.

An automatic transmission, partly due to using planetary gears, will usually have multiple clutches. Below is an older diagram, but modern high-gear transmissions are so complicated that any actual picture will be more confusing than enlightening. 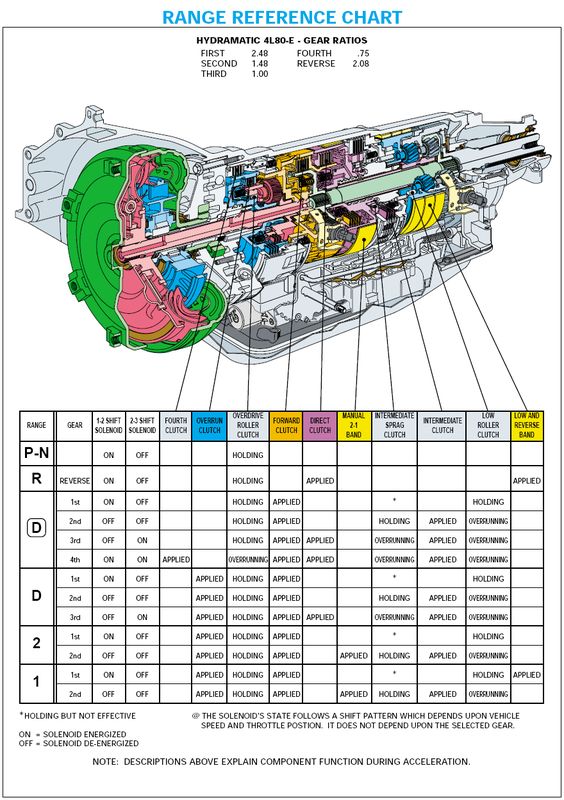 This picture is clearly more than complicated, even though the model shown is nearly 60 years old! Since each gear is defined by a particular set of clutches being engaged or disengaged, switching gears is as simple as engaging one clutch and releasing another. This can happen nearly simultaneously (< 100 ms up to a few hundred ms). In dual-clutch transmissions, it is often possible for the next gear to be pre-engaged, and only activated via a clutch. Thus, the first clutch disengages the current gear, and the second engages the next gear.

Naturally, there will, in fact, be a dip in power going to the wheels during this interval, but it is difficult for humans to detect changes much faster than 100 ms or so, given how slow our neurons are.

According to the website www.transmissionrepaircostguide.com, the Ford 10R80 transmission is a CVT, a continuously variable transmission. Verbatim:

Like it or not, a CVT transmission is one of the most efficient gearboxes ever invented. Because there are no actual gears, optimal engine speed can be continuously maintained depending on the load. This allows for seamless acceleration under hard throttle, and lower fuel consumption when you’re just cruising. On a traditional geared transmission, a certain amount of energy gets lost every time a gear ratio is changed. This penalizes both fuel economy and performance, because the engine has to climb back to the RPMs it was just at. The Ford 10R80 10-speed transmission is designed to combine the efficiency benefits of a CVT, with the stepped feel of a traditional automatic transmission.

Additionally, a CVT doesn't stop applying power when underway, it only changes the gearing to match road conditions and engine performance/economy. One complaint I've read in Car & Driver magazine is that some CVT designs cause the engine to "hunt" RPM while trying to maintain the "programming" inherent in the design.

The text in the linked site indicates that the design of this transmission reduces (or eliminates?) this excessively variable engine RPM change, but your experience with the vehicle would refute this or bear this out.

Not the answer you're looking for? Browse other questions tagged mechanical-engineering automotive-engineering car power-transmission transmission or ask your own question.