Then , how is it possible that the force applied by this body$ = 0 N $since it will definitely make an object in front of it move. 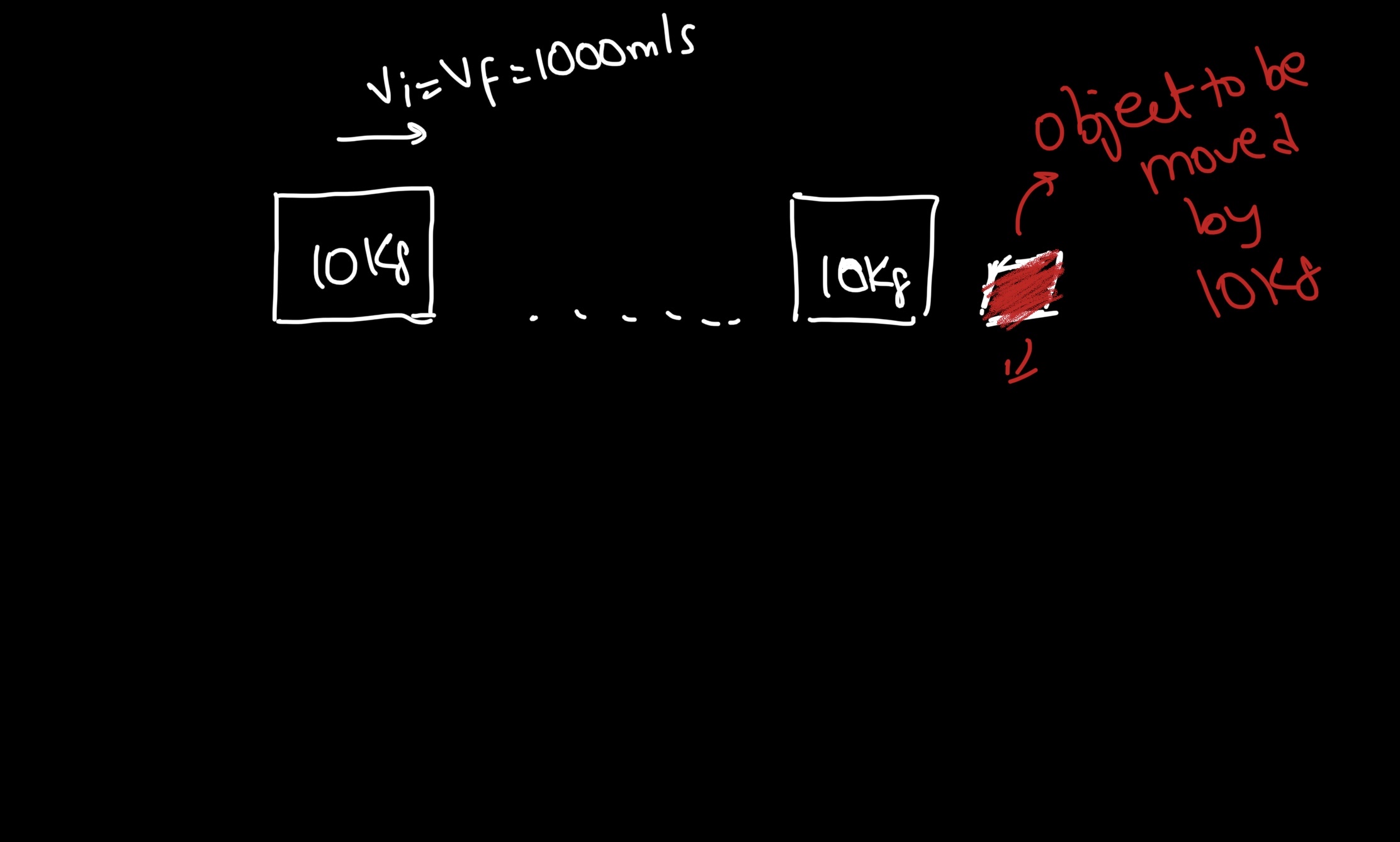 With constant velocity, the force on the moving object is constant at the interval from the initial position to the final position, so the net change in force is zero. The graph below explains how is so.

Note the object needs to accelerate from point 1 to point 2 to reach the velocity of 1000 m/s, thus the net change in force is 100N. The velocity from point 2 to point 3 is constant, a = 0, thus the net force change is 0N, but the force at point 3 = 100 + 0 = 100N (assume zero friction and air resistance, nothing to stop the motion). The force is mostly realized when the object travels with the same velocity from point 3 and hitting the barrier wall at point 4. Depending on the deformation characteristics of the object and the wall, the wall will exert a reactive force on the object to stop the motion, thus, F >= 100N.

Accelerating a frictionless body requires force indeed. However keeping a frictionless body at the same velocity requires no action at all. Imagine a rock floating in space. if you kick it, it will float away at a constant velocity, forever. This is exactly the logic behind the famous first law of Newton, which states that if the net force of an object is 0, the velocity is constant.

However, every body on earth is exposed to some kind of friction (that is, every body that is not contained in a vacuum container, levitated in some way). This friction will constantly slow you down. So unless you keep applying force to the body to compensate for said friction, you cannot keep the velocity constant. Which again refers to Newton's law: the net force is zero. $$F_{net} = 0 = -F_{friction}+F_{external}$$

There are many ways to prove that constant velocity means that the resultant force is zero.

And Impulse is also defined as:

Because v is constant, therefore acceleration is zero.

why does it move the block that comes into contact with

The answer to that is the:

When the mass hits the object, what happens is that momentum is conserved. So if mass 2 (object) initially was at rest, it will start to move. In order to move, the mass 1 exerts a force $F_{12}$ to the second object.

This is the third law of Newton, when two objects interact, they apply forces to each other of equal magnitude and opposite direction.

Notice that above, I intentionally write, "resultant force", for the period that the object travels without interacting with mass 2. The reason is that if friction is present, then there is a need for an motive force which is equal and opposite to friction.

In both cases the force is not constant.

I believe the other answers are missing your question.

Well, object with constant velocity (let us call it object 1) is indeed applying force to move the second, the stationary object (let us call it object 2). What force does it apply? The force applied by the object 1 to the object 2 is electrical force. When they get too close their electrons push each other away (they actually always push each other no matter how far, but it's negligible for large distances [most distances are large compared to atomic scales]). The problem is, we can't use this information for modeling your problem, at least not practically. So what we do to model a problem similar to yours is to use the concept of conservation of energy and momentum.

I believe this answers your question, if there is a point I'm missing please notify me.

2
Difference between Linear Force and Force about an Axis
0
How to solve this Question regarding compound accelerations
0
Why is the tension on mass m1 not 2T here?
0
Why is the acceleration of wedge and block equal like this
1
What does it mean by average kinetic energy of molecules as temperature?
0
Why is velocity of wheel = v0+wr?
0
Why is direction of velocity in front direction
0
Value of the Reynolds Number in constant velocity flows
1
Is kinetic energy on a body in vacuum = 0?