What is the physical significance of bolt elongation length?

Eurocode: design of steel connections mentions something called "bolt elogation length", defined as the grip length of the bolt plus half of the sum of bolt head height and nut height. But what is the significance of this length? 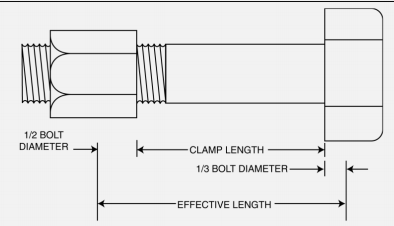 The physical significance, is the part of the bolt that is in tension, and effectively generates the clamping force. Additionally that length can be used to estimate the spring constant of the bolt:

The following image shows the axial forces (N diagram) along the axis of the bolt. 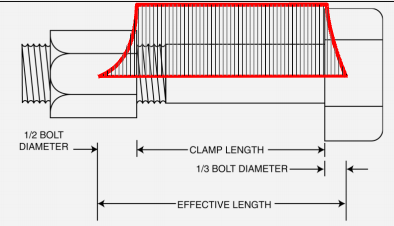 There is a mistake in Figure 2, which ingenord pointed out. The distribution of the force on the nut is along the distance of the bolt (see image below) 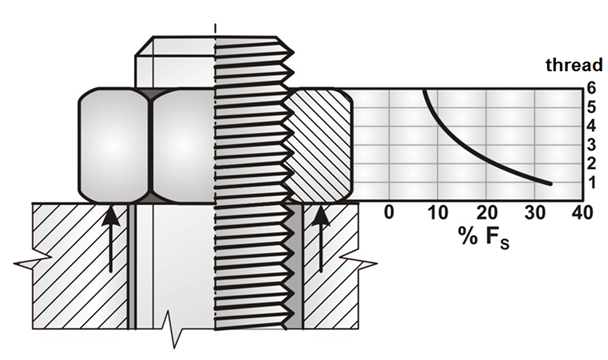 Not the answer you're looking for? Browse other questions tagged civil-engineering bolting or ask your own question.

8
Can nuts safely be removed from bolts where the threads have been intentionally damaged?
5
What could be the downsides of leaving twist-off bolt splines in the interior of exterior columns?
2
Assessment of a concrete beam being strengthened by an additional steel member
2
Maximum shear force of metric steel bolt
0
Instrumented Bolt - Conversion of measure strain/stress to clamping force
0
Single shear bolt shear force and moment diagrams
23
Why exactly does a washer help distribute the stress around a bolt?
3
What is the purpose of drilled washers?