Does anyone know of a good solution for measuring axial force in trapezoidal screw jack, like this: https://en.zimm.com/product-catalogue/screw-jack-ze-series/ze-r-trapezoidal-screw/ ?

Force magnitude is around 50 kN.

I can't measure with torque data from the electric motor, because the screw jack is set and then and then we don't need the motor anymore until the next setting.

I was thinking of a compression load cell under the housing of a screw jack, but I need something that also supports some side forces and most of the load cells need force that is perpendicular. I will also get some side forces, because the screw jack is mounted so that it moves horizontaly.

Any good recommendations and proposals will be useful. 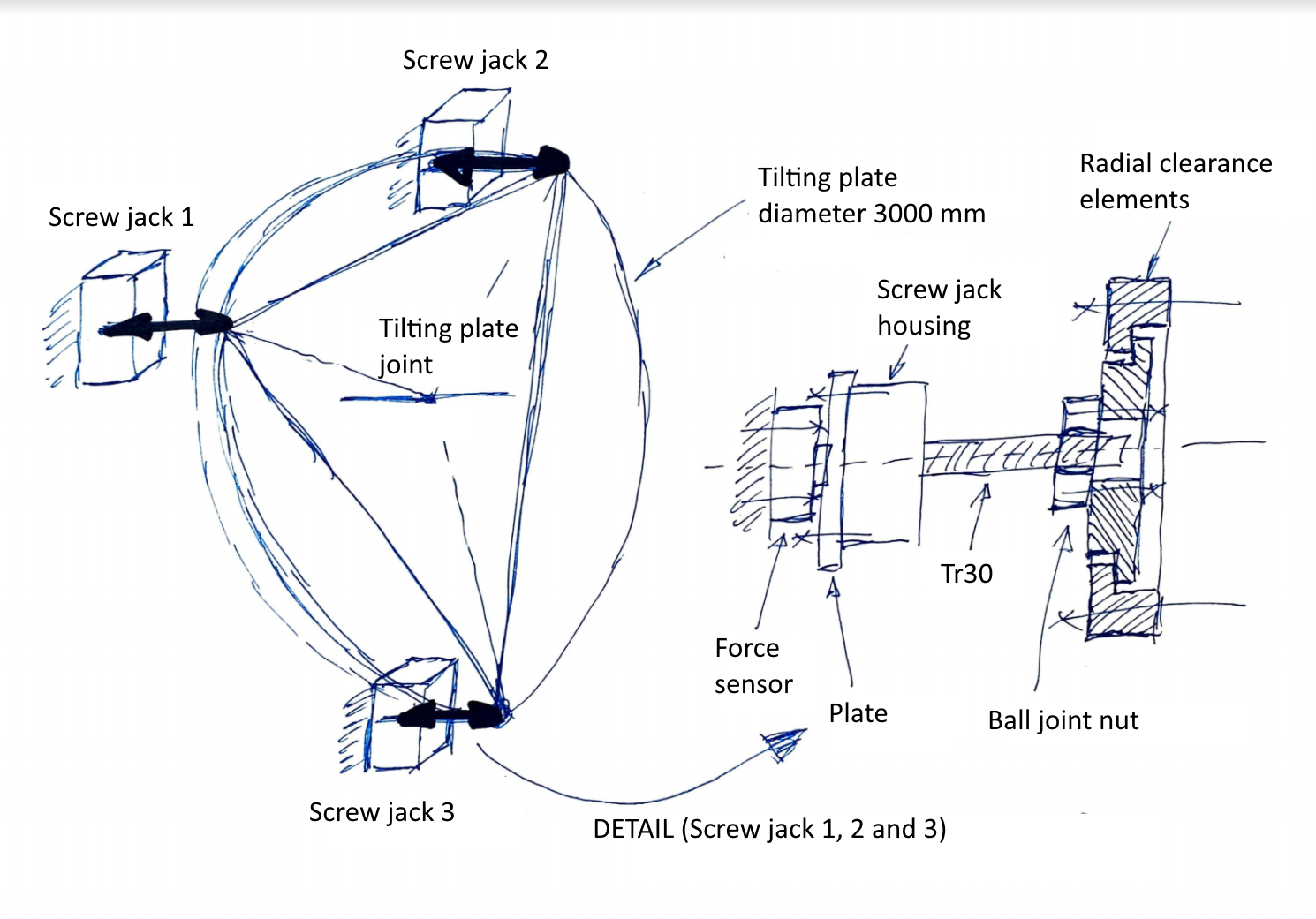 (Other supports compliant) I thought, that if you had an assembly and were straightening out a cantilever portion, you could fix the jack screw and make the other supports compliant. Such as supporting them on bases that have many holes drilled in the bottom and feed shop air into them so they could "fly" and move to accommodate the flexure rather than having the jackscrew be significantly sideloaded.

The image below is a quick cross-section of one concept that might help the active jackscrew allow limited sideload without causing problems. 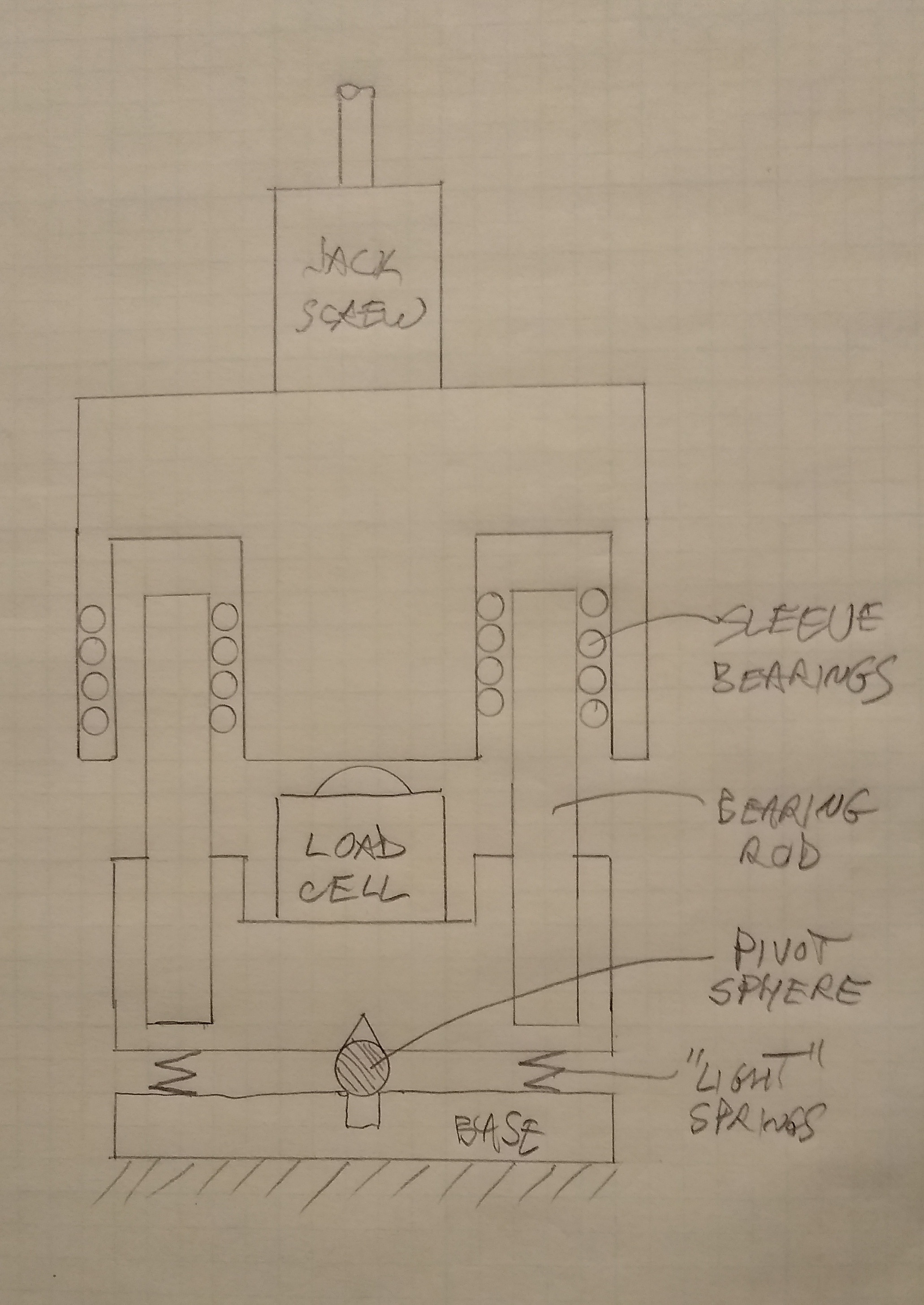 I've used this mechanism before. The ball provides pivot to the assembly above thus acting as a truss member, that is, acting only in tension or compression.

Alternatively, instead of springs, you could have supports that come up from below to level the system, then after light contact is made, then remove them so the system can pivot freely on the ball (maybe even with springs on top of the supports, etc.).

Not the answer you're looking for? Browse other questions tagged measurements or ask your own question.