Why do rockets not fly straight up after launching; wouldn’t that be less atmosphere to traverse?

If you look at any launch it appears as though rockets do not take the shortest path. Their trajectory bends. Why do rockets not fly straight up after launching; wouldn’t that be less atmosphere to traverse?

aerospace-engineering rocketry
Share
Improve this question
edited May 21 at 13:39
Cybernetic
asked May 20 at 13:24

Since orbiting isn't about altitude, but is instead about velocity (orbiting is the art of throwing yourself at the ground, and missing because you're going sideways so fast), the final goal is to have a heap of lateral velocity so that gravity is merely curving your course, instead of actually pulling you to the ground.

The most efficient flight to orbit is essentially a nearly-horizontal trajectory over the horizon, only gaining what altitude you need to avoid collisions. Any additional flight up whatsoever is a concession to the atmosphere and should be given up as quickly as possible.

There's a number of forces that an ascending rocket has to overcome, atmospheric drag is merely one of them. Gravity is also a huge drain that needs to be overcome by any ascending vehicle. Flying straight up means that 100% of the energy put into the rocket's velocity is available to be extracted by gravity.

By flying even slightly sideways, all of the lateral motion generated is energetic money in the bank, virtually immune to losses from gravity, and only subject to losses to atmospheric drag.

After an initial ascent, the air density has dropped rapidly and further benefits from altitude begin to taper off: 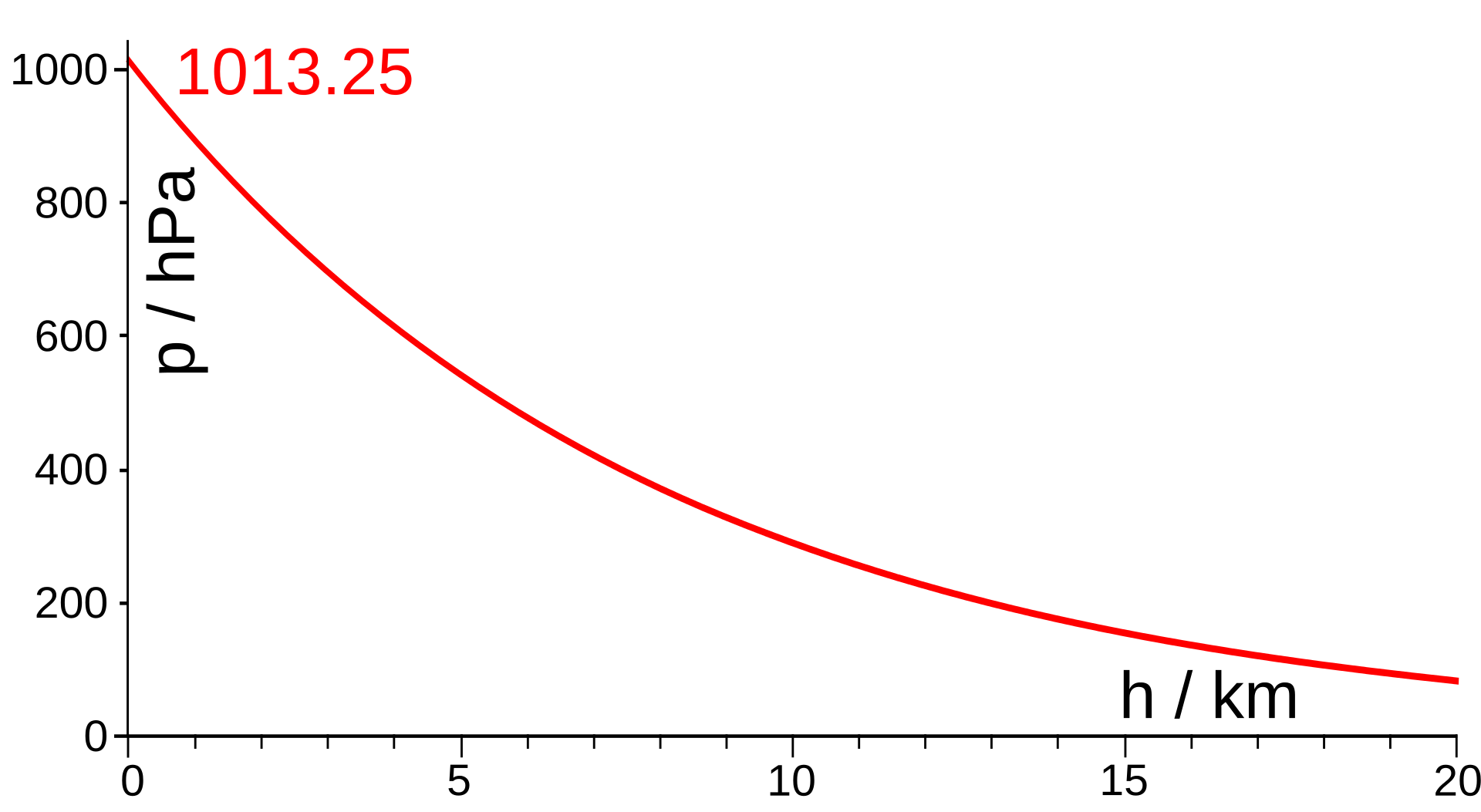 Depending upon the aerodynamic performance of the rocket's airframe, between 5-10km up, you've gotten rid of the lion's share of atmospheric drag, but still have basically all the same gravity to contend with.

These two forces are managed in a balance, so the more the rocket ascends, the more beneficial it is to turn sideways and get more of the energy from your motor into your lateral velocity.

The good news is that as you add lateral velocity, you also get less atmospheric drag by turning further into that lateral direction, gravity is reducing your 'up' meaning the ratio of side-to-up is more and more weighted to the side; this is also your angle of attack against the air.

To get into orbit, the rocket has to expend energy doing several different things, and they each have performance constraints that affect the structural weight of the rocket.

Roughly in order of fuel consumption, the rocket has to

If you look at only the first and third, they are both reversible and you can run any linear combination, including launching straight up and then kicking over 90 degrees and gaining transverse velocity. (Essentially, all paths would have the same fuel requirement.)

The trouble with doing that is that the gravity loss is path dependent. If a rocket was hovering just above the ground, it is still burning fuel, but not gaining kinetic energy and not gaining potential energy. The rocket has to overcome all of local gravity to stay in the air. But if we begin to traverse, the ground is falling away from us and we only need to overcome, say 90% of gravity and let the rocket accelerate towards the ground which it will never hit. The total gravity loss is the time integral of gravity force - centrifugal force. The ideal solution (with gravity, but without atmosphere) is a very high acceleration rate and short burn time, followed by a coast into orbit. Then you need a second burn near apogee to not crash back down. If you can accelerate hard enough, you can just launch sideways. But we can't accelerate that hard.

The atmosphere puts all kinds of practical constraints on the coupled problem of vehicle design and launch trajectory design. The way it shakes out, the atmospheric drag ends up being nearly negligible. Here are some Delta V numbers from Stanford course material (Delta V is the change in velocity, where all of the rocket engine's efforts have been converted to what would happen in space.) 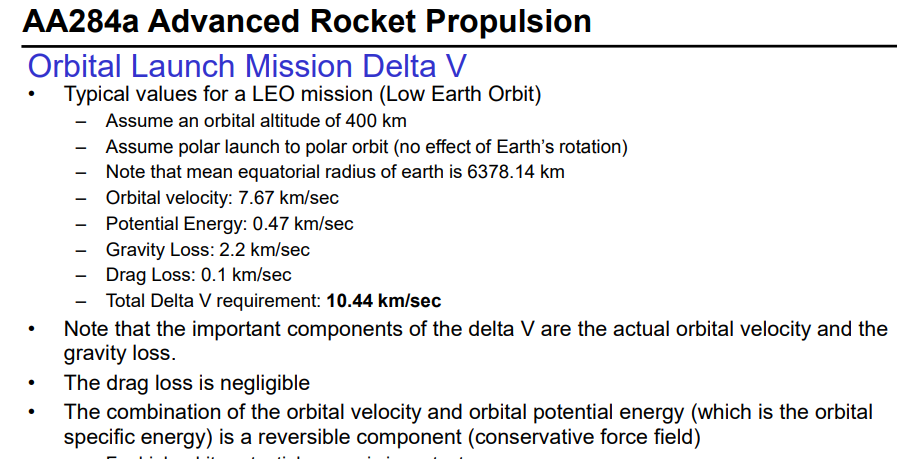 Apart from the intentional trajectory adjustments to obtain the right orbit there is still another another reason, that would the rocket would appear to curve.

Even if you a rocket is shot in a straight line from anywhere in the world (apart from the poles), you would see it curving, if you were an observer stationed on earth.

The reason for that is the Coriolis Effect. The Coriolis acceleration is:

For an observer on a rotating frame (see earth), the linear motion of a body in an inertial frame of reference would appear to be curving.

A nice video, showing the Coriolis effect on a rotational frame can be found in this Youtube link (imagine the ball is the rocket).

Normally, the Coriolis acceleration is quite small due to the small value of $\omega$, however because the velocity of a rocket is quite high in a direction perpendicular to the angular velocity of the earth, the effect quickly starts to become noticeable and more pronounced as the velocity builds up.

This is an excerpt from a NASA exercise paper.

The Coriolis effect is the name given to the imaginary force that deflects objects, such as rockets or large storms, which move over the surface of some planets.

Also have a read at this: why is it better to launch rockets from the equator

When a spacecraft is launched into orbit, it should end up spinning around the Earth quickly enough not to be pulled back in by the Earth's gravity. The huge rockets used in launching a spaceship help this to happen by giving a huge amount of thrust, enough to achieve escape velocity. However, the spin of the Earth itself can help give it a push as well. Anything on the surface of the Earth at the equator is already moving at 1670 kilometers per hour.

Not the answer you're looking for? Browse other questions tagged aerospace-engineering rocketry or ask your own question.