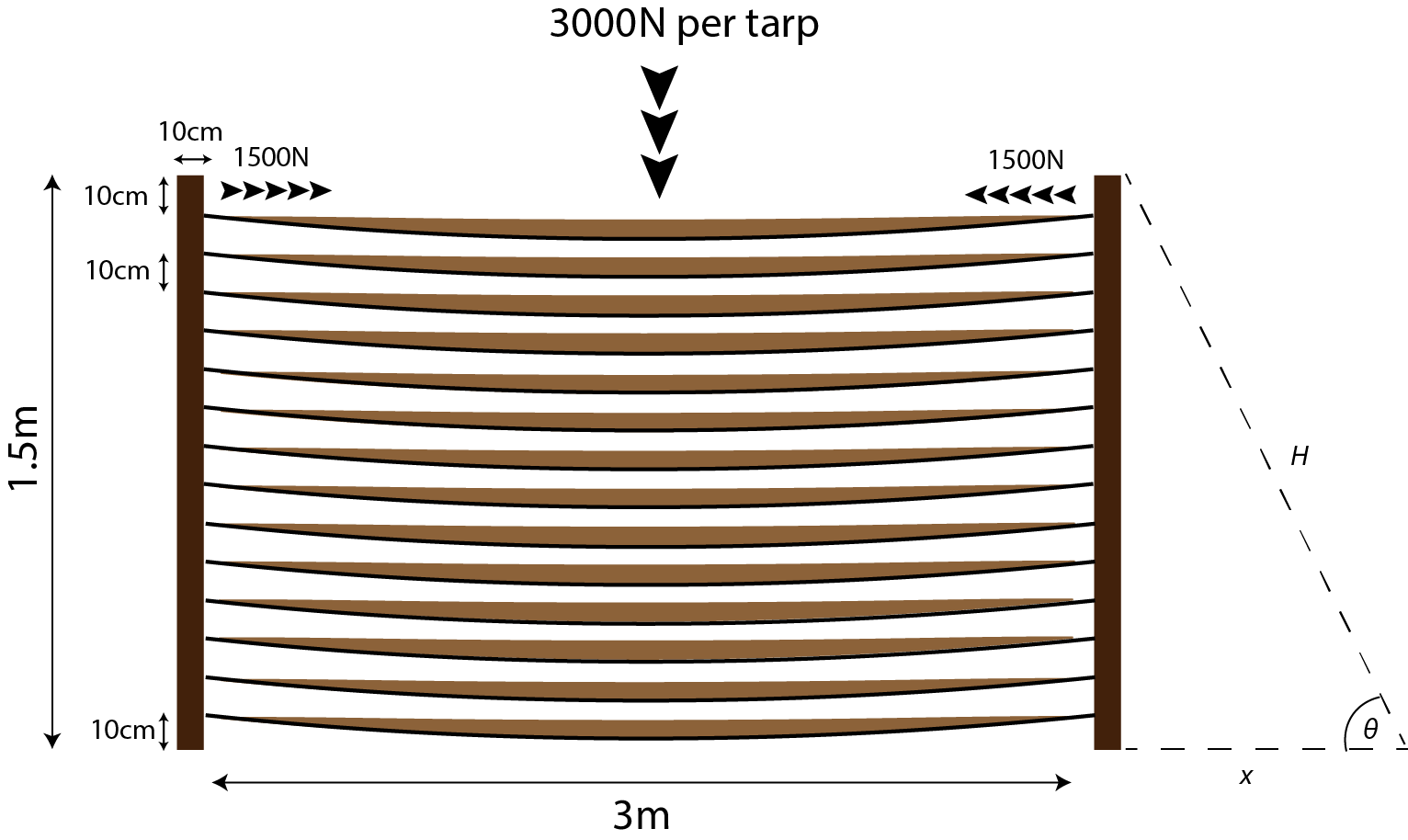 I'm very new to engineering and thought I'd start with some basic problems and test them out with my own constructions! I've come up with this fun problem and would love some help solving it.

Say you have two beams of wood with a thickness of 10cm.

Say you then set up a series of 13 3m tarpaulin sheets that are attached to the beams via screwed-in hooks, with 10cm between them, and placed 300kg worth of soil in each one, with a max depth of 5cm in the lowest point of the tarp.

What opposing force, in the form of grounding wire, will be needed to stop the beams from toppling over?

I have not formally studied physics since high-school, but my thinking was that there would be a torque force that needs to be opposed, my thinking is as follows:

The torque force at each point would be represented by the formula τ=rF, as the hooks would be perpendicular to the ground so sin(θ) would be 1.

We can therefore work out total torque applied to each beam with the sigma: 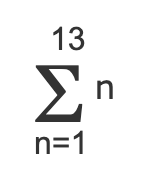 Is the presence of a wire like H even necessary, or can the beams be grounded with foundation to support the weight?

structural-engineering torque beam
Share
Improve this question
asked May 19 '21 at 6:50

This is too difficult as a starting problem. There are many things not considered/ not correct. I will start with the most elementary, and move progressively (IMHO) to the more advanced subjects.

Lateral forces on the tarp.

The following is an part of your image

In truth what will happen is the following (this is again a simplified version, because the distributed load makes things more complicated):

From the equilibrium of forces on the X-axis you should get:

Unclear how the beams are mounted.

Another significant problem is that its unclear how the beams are mounted to the ground.

If the beam are fixed to the ground (image a stick into a hole), then behaviour and the force requirements from the wire would be significantly different to a case b) where the beam was allowed to rotate around a hinge.

Until you "fix" those constraints the results you will obtain for this problem will be very different.

Tarp is a membrane

Finally another problem which is more advanced, is that the tarp will behave as a membrane. This has its mathematical implications and the analysis is more involved, so I won't dwelve into it (Given the constraints I wouldn't really know how to start).

The tarp is too flexible to resist the horizontal forces induced by the anticipated 5cm deflection, thus the cable is required to be able to hold the post in position as shown in the sketch below. Without the cable, the horizontal force produces a moment (torque) about the support point "A", and the fun system will simply fall flat due to unrestricted rotation. 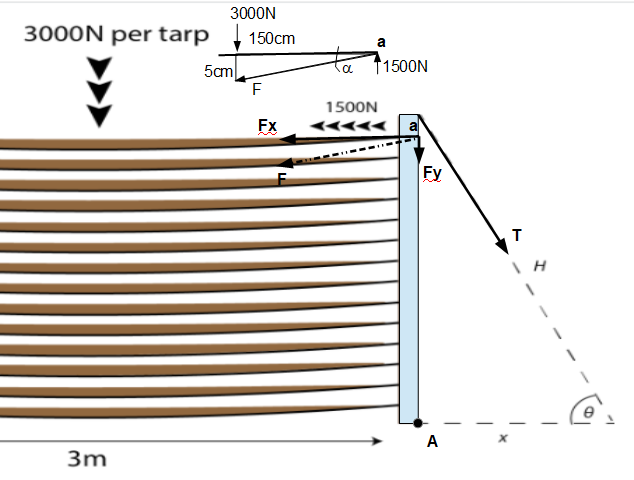 I suspect if this were built, it would be necessary to have tension adjustment, due to elasticity of the tarp. Then, the sag and any 3D "catenary type" shape (a gnarly math problem of its own, and that link doesn't include there being more load in the center in our case), is simply a byproduct of however much the builder tensions the tarp. Noting here that to get any reasonably flat angle, tarp-tension >> load.

Then you proceed per the other answers, balancing moments on the pole to get the support cable tension.

Not the answer you're looking for? Browse other questions tagged structural-engineering torque beam or ask your own question.

5
Effects of constructed tubular/annular beam upon moment of inertia
2
Does a concrete slab (deck) cause compressive load in a wall beneath it?
3
Would friction forces impact a torque measurement transmitted through a gear box
0
Sizing crumple zone for multi-vehicle collisions
0
Stopping Force of Irregularly Shaped Object
0
Formula for finding the optimal weight for a given torque and vice versa
1
How to calculate the torque created by a rotating motor?
3
Controlling torque required to turn a shaft
1
How to calculate the density of foam required to cushion impacts?
0
Why am I seeing a moment reaction at the supports for these beams in FEM?