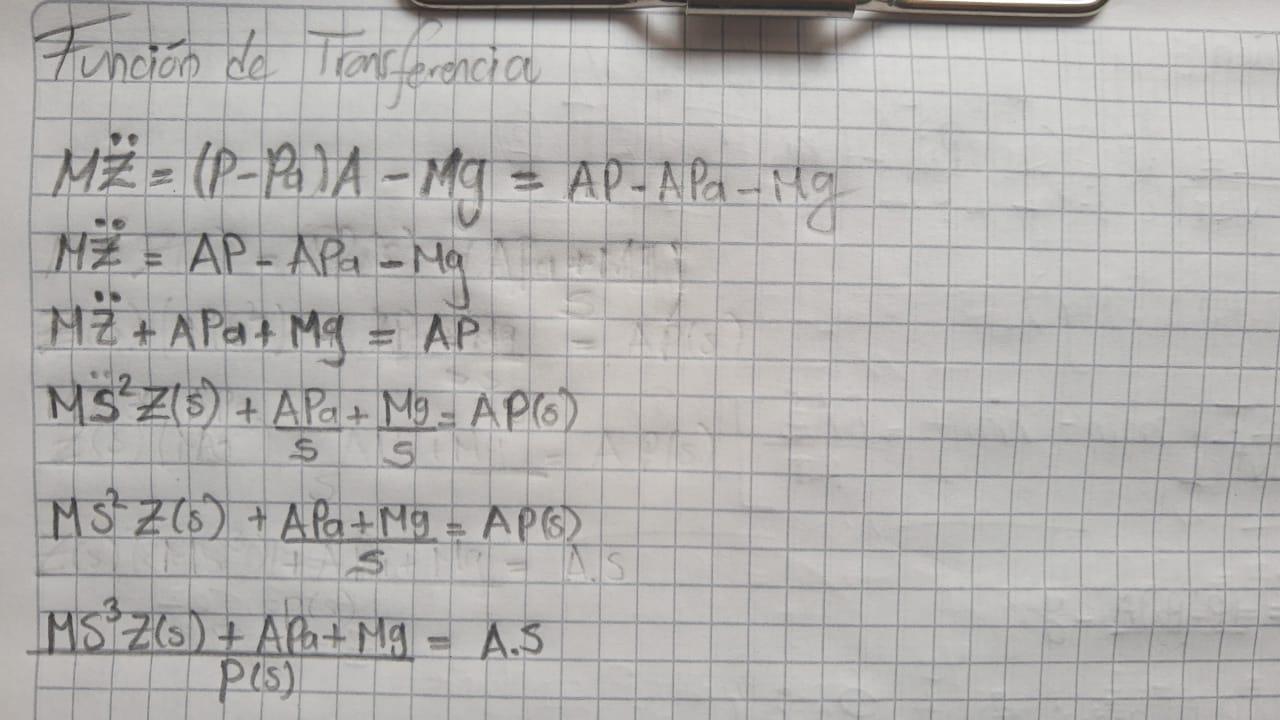 Alternatively, you could also define a new input which is equal to $U(s) = P(s) - \frac{1}{s}P_a - \frac{M}{As}g$ and use that to define the transfer function. This allows you to capture the dynamics in just a single transfer function, but you should remember that only a part of this input is controllable.

Not the answer you're looking for? Browse other questions tagged modeling or ask your own question.