Here , we have a car on a banking road. Considering two cases : 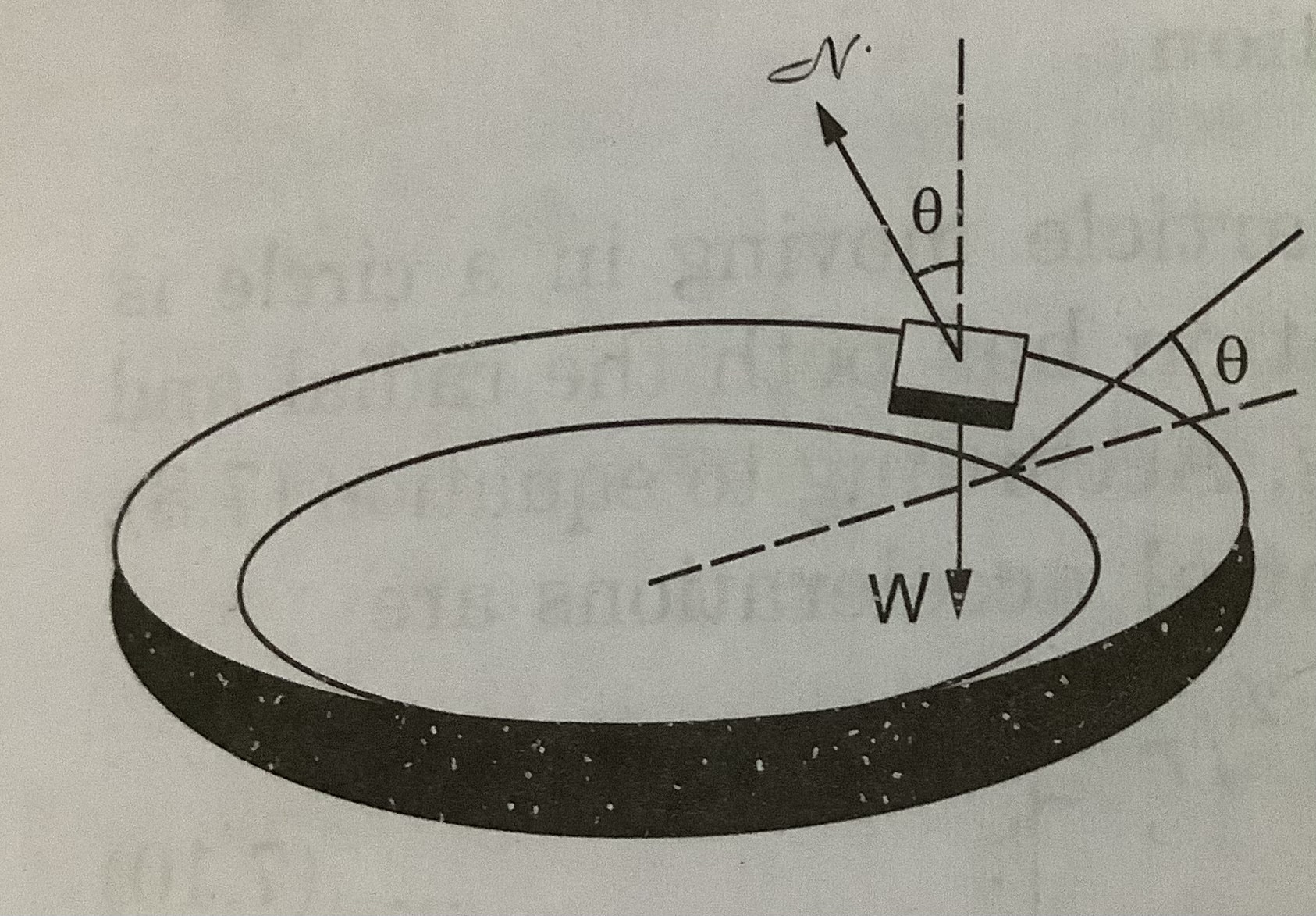 Frictionless and friction surface of the road.

I give an initial velocity to the car by a push for a second. Then , the cases discuss about the direction of friction and motion of the car.

We will have an $N*sin$$\theta$ force acting towards the circle. Initial direction of motion was along the road but isn’t it that due to the banking of road and frictionless road. The car would slowly start to slip down $? $Is this case also uniform circular motion $? $

non uniform circular motion is not possible here since friction is not present. Therefore , no acceleration.

Also , can we say no centripetal and tangential acceleration is present$ ?$

Case 2: Friction is present between road surface and car.

All directions are same as the above except for friction. So , can I say that friction also acts in the same direction as $Nsin$$\theta$ ? in case of uniform circular motion.

In non uniform , friction force will be at an angle alpha to the centripetal acceleration $?$

By the $?$, I wish to understand what would happen.

Assuming the initial velocity is perfectly tangential to the circular motion to begin with :

If the velocity has any component that is not tangential then the car will either move outwards on inwards.

The direction of the friction would be depended no the magnitude of $\frac{v^2}{R}$. If:

Two outcomes after the initial push: a) run out on the curve, and b) slide down the slope.

The outward centrifugal force is overcome by the inward friction force $\mu N or Wsin\theta$, and the car stays on its course.

If the road width is wide enough:

the car will skid down and rotate in a lower orbit.

Otherwise, it will stay the course.

Just for the record the accepted answer is wrong.

For example in frictionless situation as $\theta$ approaches 90 the speed, V, must approach infinity, otherwise the car will slide down due to lack of friction. but $sin90=1 $ which implies $ V = \sqrt{Rg}.$

Not the answer you're looking for? Browse other questions tagged mechanical-engineering applied-mechanics kinematics or ask your own question.

3
Dynamics of a rigid body in a system of two linear drives
1
In circular motion , why do we say this is centripetal acceleration
0
Why does the 1kg mass move towards inclined plane here?
1
Find the acceleration of a block relative to incline plane in non and inertial frames?
0
Is there any frame of reference in which we can neglect the gravitational force?
0
How to guess direction of friction in any case
0
Effect of centripetal acceleration on angular acceleration
0
Torque required to push object hanging from ceiling
0
Why is direction of velocity in front direction
0
Why is the direction of static friction towards centre in case of circular turning?