Do PVC concrete joint water stops degrade over time? Or were they never installed correctly?

A UK subterranean reinforced concrete structure built in the late 1960s has experienced sustained water ingress over time as shown by the deposition of minerals of the walls: 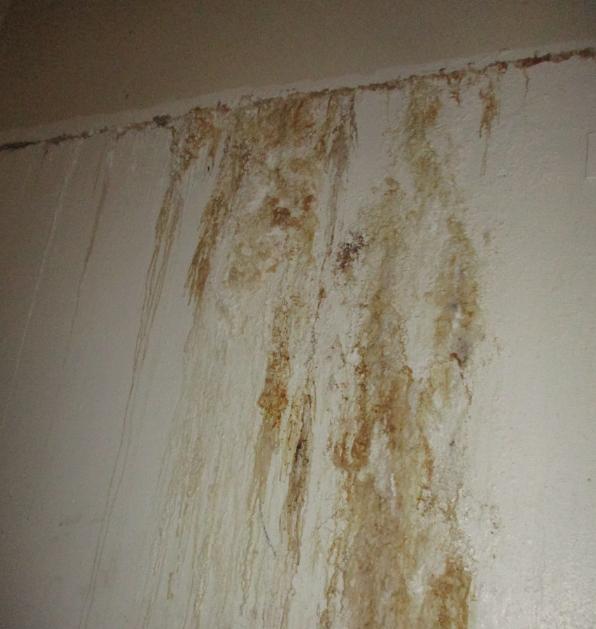 According to the original drawings the construction joints were detailed with 190 mm PVC eyeleted watafoil waterbar. 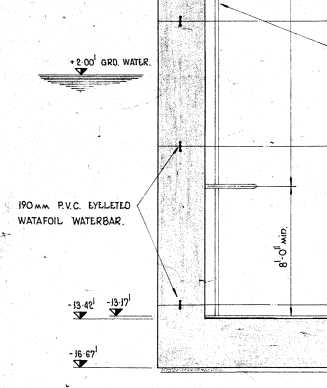 My question: Has the PVC water bar degraded over the 50+ years since installation? Or was it never installed correctly and ground water has been leaking in ever since?

civil-engineering reinforced-concrete waterproofing
Share
Improve this question
asked May 14 '21 at 10:36

Based on limited studies, PVC can degrade underwater due to chemical and bio-microbe attacks, it can lose weight and become more fragile after an extended time. But under the same attacks, the cement can also have degraded and lost the bond with the PVC water stop. It looks like this is the case as the photo is shown - a stretch of watermarks tracing the construction joint.

Both the design and construction methods may share the blame for water intrusion.

However, after the structure has stood for 50 years, I wouldn't put too much blames on the design and construction. For leakage problem caused by which tends to occur shortly after the construction, and the problem tends to be widely spread, and can only get worse with time.

IMO, any localized repair will not be durable. Water will find its way to get in if the repair does not correct the problems that may be present somewhere away from the leakage. If accessible, waterproofing the exterior wall face is the most effective, but costly, method. Otherwise, a false wall with a proper drainage/dewatering/ventilation system may be considered.

Hydrostatic pressure is always looking for a tiny oppening, small scratches, nail holes, tiny tears, happened during the course of construction or due to wall settlement to find a way to infiltrate.

There is only one expensive fix and that is to creat a space between the basement wall and interior wall with drainage on the bottom in between the two Walls to let the perculated water out.

But there is hydrolic cement mixed with acrylic additive desighned for negative side water proofing.

It doesn't stop the water penetration into the retaining wall, but it stops it from leaking into habitable space.

Not the answer you're looking for? Browse other questions tagged civil-engineering reinforced-concrete waterproofing or ask your own question.