Are equilibrium values of a differential equation uniquely dependent on its constants?

I have a dynamic model which undergoes two distinct stages. The system starts out with certain initial conditions and once a specific point is reached in stage 1, these ending conditions are used as the initial conditions for stage 2, and the remainder of the solution is calculated. I am attempting to solve for the steady-state equilibrium point by taking the derivative of the potential energy with respect to each generalized coordinate, setting equal to zero, and solving. For stage 1:

Therefore, I would assume that both stages would have the same steady-state position, but this is not always the case once I run the entire simulation numerically in MATLAB (details not shown). Sometimes the steady-state of stage 1 matches the calculated value and not stage 2, and sometimes it is the opposite way around. What could be causing this discrepancy?

For comparison, stage 1 and stage 2 position graphs as described are below: 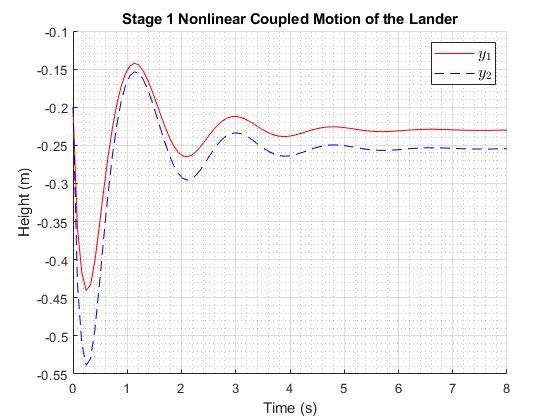 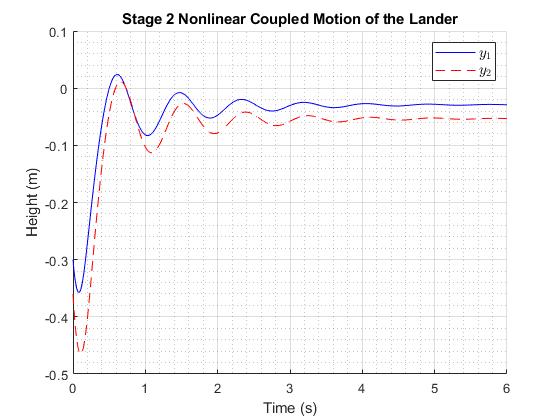 The values of the constants are the same throughout the simulations.

Browse other questions tagged mechanical-engineering dynamics kinematics partial-differential-equations or ask your own question.