Diagrams of forces and moments of a statically determinate structure

I'm having difficulties with calculating the distribution of forces and moments in a statically determinate structure shown below. 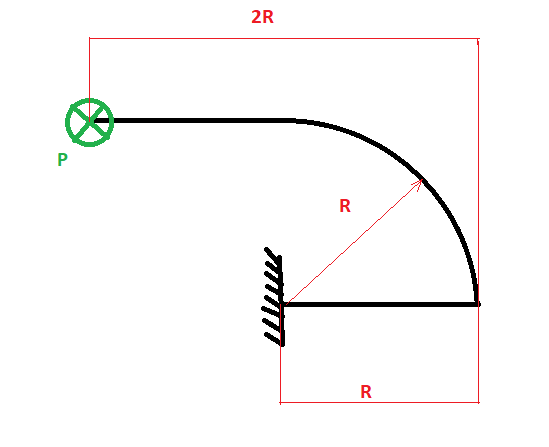 I'm especially confused about the arc part. Will there be only bending moments, or should we expect torque as well? Any help with approaching this problem is appreciated!

When you want to determine the internal reactions to a structure (in a example such as this), then the best course of action is 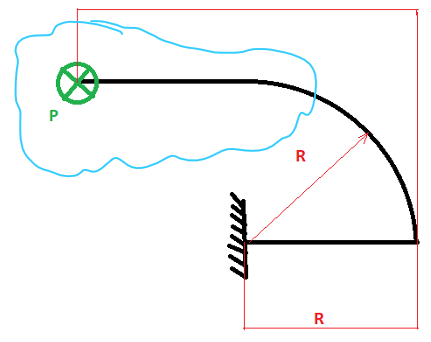 In this part of the example I am only plotting (for simplicity):

However, as you gathered there are 3 other internal forces (for the 3D case), namely:

are there torsional moments?

Yes in this example, at different points you will have different moments and forces.

Apart from bending moments you will also find torsional moment on the straight beam on the support and partially on the curved part of the structure.