I am trying to mill a spherical recess into stock on a 3-axis mill. I am generating the G-code in Fusion 360. I need some guidance on the best tool path generation option in Fusion 360 as every attempt i simulate shows the tool spinning in the air for extended periods. This is what I am trying to cut out. 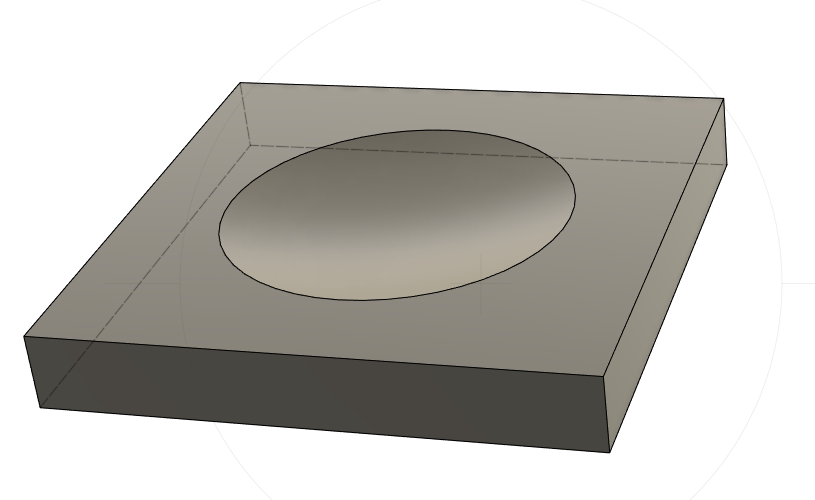 What I am struggling with is getting the recess cut away gradually. I can cut it in one pass but the tool plunges deeper and deeper as it spirals to the center. I want it to gradually plunge layer-by-layer. When I select multiple passes by means of axial offset passes, it cuts the entire recess multiple times starting higher than the level of the stock and shifting down 1mm after each complete mill. This way i get a gradual cut away but the tool spends most of its time in the air. The crux I am trying to figure out is how to get it to optimally cut the recess without spending so much time in the air but same time doing it gradually without plunging so deep towards the centre.

Browse other questions tagged cnc or ask your own question.

2
End mill vs Drill Bit Flute Geometry
1
Weird texture on faces when using Shapeoko CNC
0
Where to find springed pegs with screws for a CNC mill?