Is it somehow possible to "lock" moving boxes without damaging them? [closed]

Ask Question
Asked 5 months ago
Active 5 months ago
Viewed 66 times
1
$\begingroup$
Closed. This question is off-topic. It is not currently accepting answers. 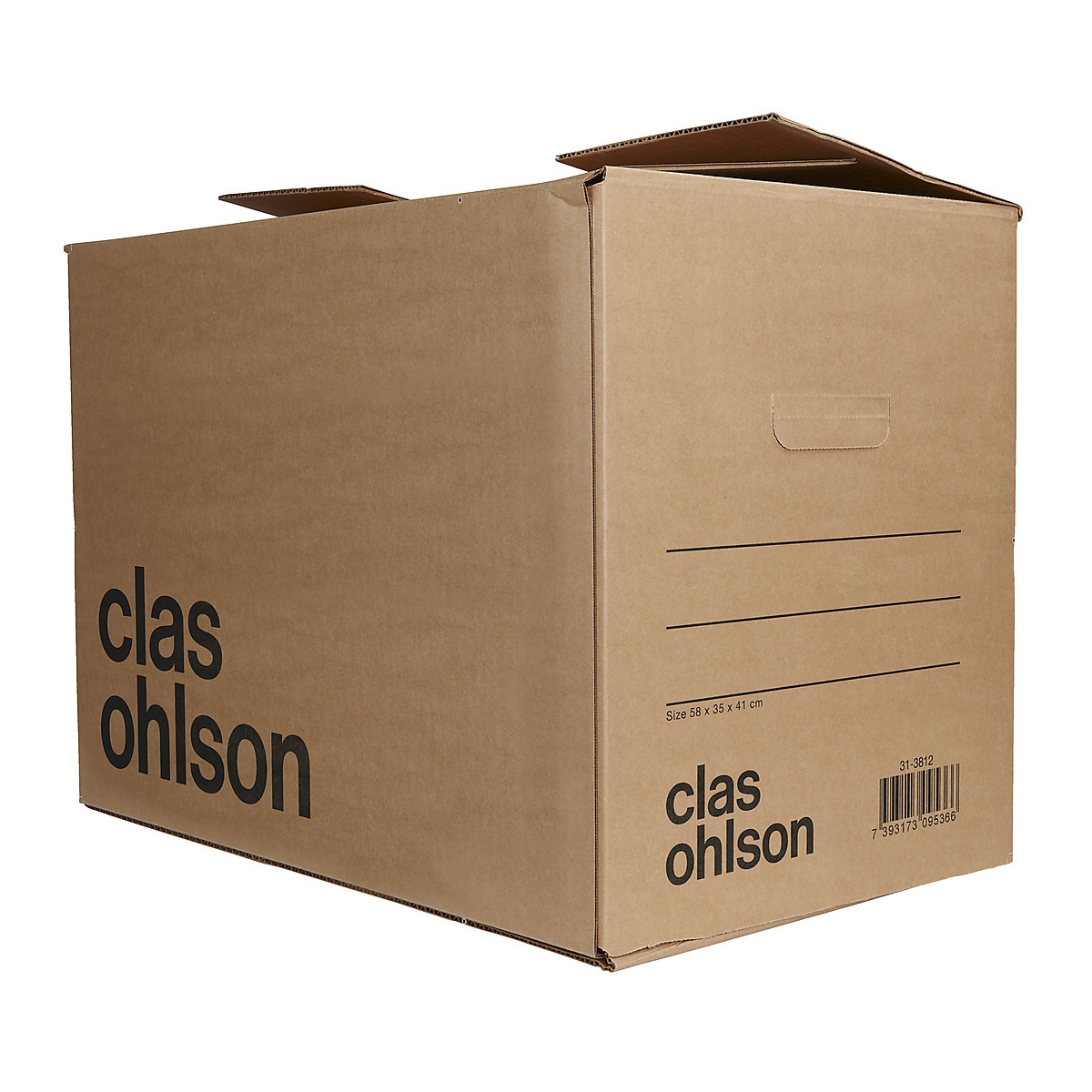 Of course, since I'm asking about it, they don't have a top-down photo. These are other photos, if they help you understand how it's constructed better: Flyttlådor 58 x 33 x 42 cm, 5-pack

Basically, the top folds kind of "lock together", but it's only for being able to stack them on top of each other; it's not actually locked, and anyone can trivially open it up from this "locked" state. It's just stiff paper with no string or padlock or anything like that.

If I use tape to seal the boxes, then I've just destroyed the boxes just for the sake of being able to move them once and knowing whether they have been opened or not (unless they also taped it after snooping inside...), and prevented their use as storage boxes in the new home. I obviously want to avoid this.

Same thing goes for that special "security tape" that you can buy which purposely leaves a pattern when removed, as to make it very obvious if it has been opened. That would also make the boxes "destroyed" in my mind. And none of these tape ideas actually prevent them from being opened.

I'm pretty shocked by how there seems to be zero information on this issue. I feel a huge amount of anxiety and stress around the very idea of having a bunch of scary and unreliable strangers handling my stuff whatsoever, risking that it gets damaged due to careless handling, but I'm even more scared that they will snoop inside and help themselves to my items, or that thieves will do that when we are inside the house and carrying the boxes from the house to the moving truck. Hiring somebody to stand guard there seems unrealistic.

Is there really no kind of standard product/mechanism that can be used to secure the top of the moving box so that it cannot be opened? Some kind of purpose-made strap which doesn't attach to the box itself, but keeps it tight and locked unless a knife is used to cut it or something like that?

You can't lock something that one can gain entry to with any craft knife.

While the no-tape box design is novel, taped boxes work well and can be re-used again and again. The tape doesn't ruin it, you just tape over the tape the next time.

The boxes can be strapped using plastic strapping as illustrated

It may give you peace of mind but as @Solar_Mike states such straps can be cut and replaced by anyone who has such straps and the tools to apply the straps. If they don't want to replace the straps they can just cut them or cut a hole in the box with any sharp knife. By strapping the boxes all you will be doing is preventing honest people from looking inside.

There is no reasonable way to prevent 'destructive' access to the box by 3rd parties - cardboard is too easily cut, and putting each cardboard box inside a steel box defeats the purpose of cardboard boxes.

The best you can achieve is secure them in a taper-resistant way, something that won't allow easy access without "leaving marks" and provides rudimentary security against hurried or ill-prepared thieves.

In this case, polypropylene box straps, as suggested by Fred, are optimal - they require a somewhat obscure tool to install, are notoriously hard to remove non-destructively, and can be obtained in multitude of colors and patterns, so if you get a rare and unique pattern of the strap, it's unlikely even a thief equipped with clamps and a tensioning tool will be able to produce a replacement - just trim the ends short enough the same strap can't be reused after being cut near the clamp. Additionally, they won't damage the box unless you pull them too tight. 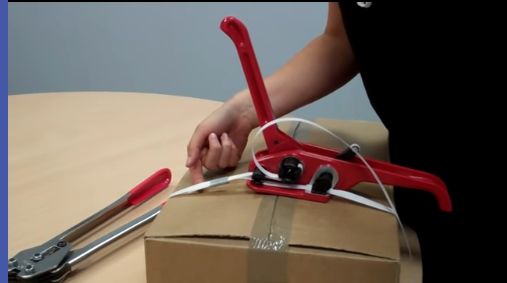 The biggest issue to having a 'standard' solution is that there are so many different sizes of boxes. If a standard solution is adjustable, then that presents a point of weakness. Since "It's just stiff paper" so if someone wanted to actually protect the contents, they would have to surround the box entirely.

That all said, many people have attempted to make their own solutions. The most interesting one I've seen involved tying the box up using a rope that is attached to something inside the box itself and having the rope stick out between box flaps. Followed up by an annoyingly complex signature knot, it practically begged TSA agents in those days to cut the knot and inspect the contents.

Less interesting solution and possibly the closest to what you want involved wrapping boxes in a tarp and 'locking' it with a cable lock (such as a python lock). You may be able to combine it with the one above and save yourself a tarp, but good cable locks are not cheap and moving boxes + tape are.

I've also seen boxes crushed by a ratcheting tie down instead of being sealed with tape.

Not the answer you're looking for? Browse other questions tagged materials design manufacturing-engineering or ask your own question.

5
What are 'inside' and 'outside' dimensions in reference to castings?
4
Low cost, compact cable strain relief for laser cut sandwich case
0
Connecting gypsum plaster pieces without space between them
6
Is it useful to stuff my glasses with newspaper to protect them?
2
Materials to use for a low friction cable-pull
0
Bonding PVC Cables To Metal Housing
3
Improving ball feeder design