Bearing to allow a sphere to roll freely

I want to know what bearings might allow a sphere (5cm diameter) to roll in-place most freely.

The closest mechanism that matches what I might want to achieve is a "ball transfer", I believe the term is.

I have been unable to find: - an explanation of the internal mechanisms they use - if there are different implementations - how freely the ball can roll, and in what motion relative to the base.

My goal is to have a mechanism that supports a ball the size and weight of a snooker ball, so it can be used as a trackball (to replace a PC mouse, or touchpad). An optical sensor from an optical mouse would be placed underneath, to detect the movement of the ball, so spinning on that point is not necessary, but the sphere should have the lowest possible friction when its surface sweeps over the sensor.

One solution I considered was to have extremely small castor-wheels, three of which would be placed around the base of the ball. But I have not found any such castors; their wheels would have to have a diameter of around 1cm or less.

Another idea was to use a number of ball transfers to support the sphere itself, but again, ball transfers seem to be rather bulky, their balls having a diameter around 2-3cm, plus a rather large mechanism surrounding them. And I do not know how much friction they would still have, since they seem to be made to support far heavier loads (>20kg) than that of the snooker ball (250g)

Can anyone give me any other solutions, and/or highlight pros/cons I need to be aware of?

There are a few patents for trackball that uses simple wheels. You can check them. An older one, is Trackball mechanism US 4952919 A. It's bearing can be seen from this assembly drawing. 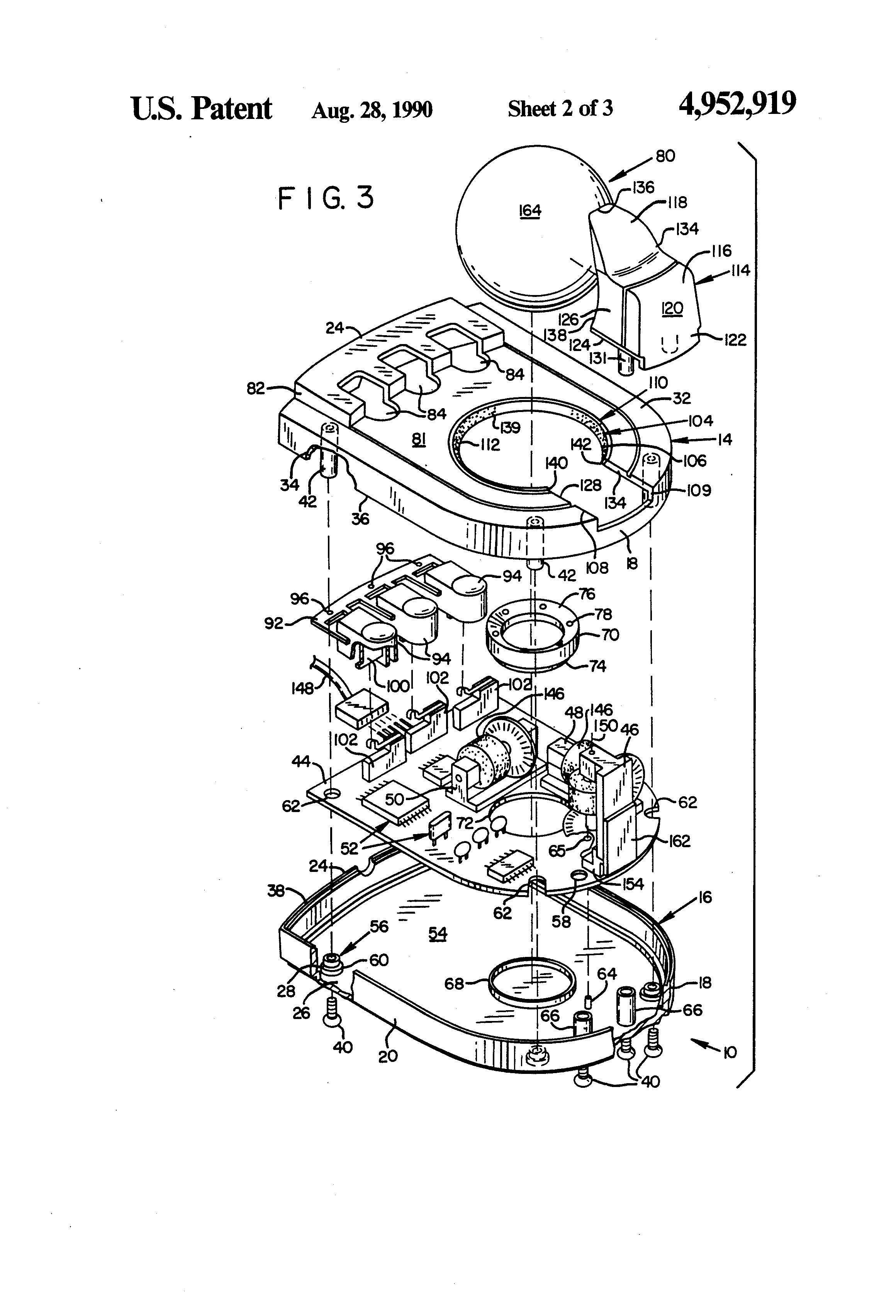 As you can see it uses two wheels with friction padding that rotates with rotation of sphere that are used to discern x-y motion.

Although I don't understand your reason for less friction, if you're looking to reduce friction mounting sphere use ball transfer's design. You can see a cross section of SKF's ball transfer design below from it's catalog. 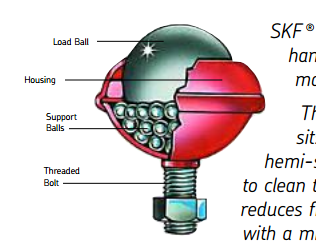 As a cheap and dirty solution, buy a balltransfer that has diameter 5cm ball, remove housing, drill a hole to the housing for sensor, put your sensor and assemble it.

To answer the question on what would allow it to roll "most freely", an air bearing would be my recommendation, as it would let the ball spin in place for long durations. Air bearing bands around the ball would not interfere with the optical tracking sensor, and can handle hand pressure on the ball with little to no added resistance.

Spherical air bearings are also a commonly used air bearing type, so it should not be too difficult to find an existing 5cm one that would fit you needs.

Of course this would be one of the more expensive solution to the problem, and you need a compressed air supply...

Another non-contact bearing would be magnetic levitation, but that would be even more complicated and would likely heat up the sphere considerably.

For something like this with very low loads it might be that something as simple as a teflon ring underneath would be the easiest solution.

Something else to consider in terms of the hi speed vs high precision problem ie the ability to both traverse a large screen and make very precise movements can also be addressed by having a variable dpi sensor which is switched by a button, this is now quite a common feature on gaming mice.

Not the answer you're looking for? Browse other questions tagged bearings or ask your own question.