How is Mechanical Resonance detected?

I'm trying to understand the concept of mechanical resonance.
https://en.wikipedia.org/wiki/Mechanical_resonance

I cannot find much references about how exactly is the phenomenon known. I.e. how was it discovered and how is it measured in contemporary engineering applications?

As for how it is measured in contemporary engineering applications, there are a number of different ways. Accelerometers attached to mechanical structures are frequently used. Higher frequency, lower amplitude resonances can be identified with piezo-electric displacement sensors. Often measurements can be made optically/visually.

No matter what sensor is used, the analysis of the data is usually done in the frequency domain. This is done by taking the time domain signal measured by your sensor and numerically calculating it's Fourier transform. The resonances show up as peaks at specific frequencies, the height and width of which tells you about the characteristics of the resonance. An example frequency domain signal from some work I did in grad school measuring the resonances of optical cavities is shown below. 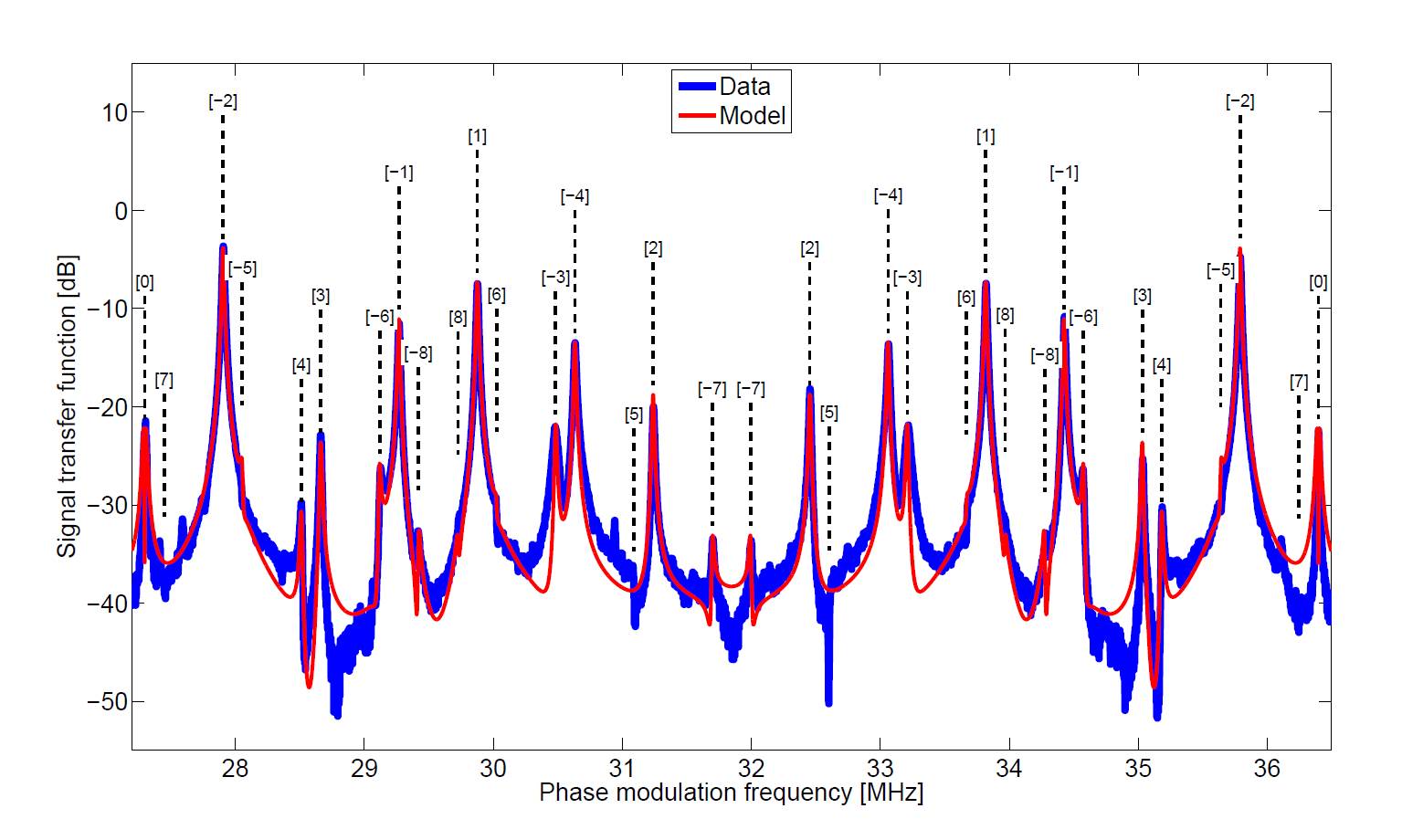 I don't think you could point to any one person or group and say, "They discovered mechanical resonance." It's something that's always been around and people have used it to their advantage for centuries, if not millennia.

I've done more than a few vibration tests looking for the kind of resonances where the response is detrimental to whatever's being tested in a variety of machines or devices. A typical approach for a resonance search is to use some kind of measured, controlled input, such as a shaker table, and record the motion (usually with an accelerometer) of both the table and the DUT (device under test). The first step is usually a "sine sweep" where the shaker is operating over a range of frequencies, sweeping up and then down (or vice versa) and the data is examined for regions where the response is high relative to the excitation. In the end, what you're trying to identify are those frequencies where the DUT has a sensitivity that are also present in the environment which the device is supposed to operate.

4
GIM Mechanism Software (Kinematics / Analysis / Synthesis)
6
How would you mechanically model an Earth-Moon like orbit?
5
Make something that turns yet locked in place
2
Modal Testing and Frequency Response Interpretation
6
What is this kind of bearing called
0
Pressurizing Oxygen simply and efficiently
0
deflection of mild steel hollow tube beam