Why is it said that the flange of an I beam carries most of the moment? 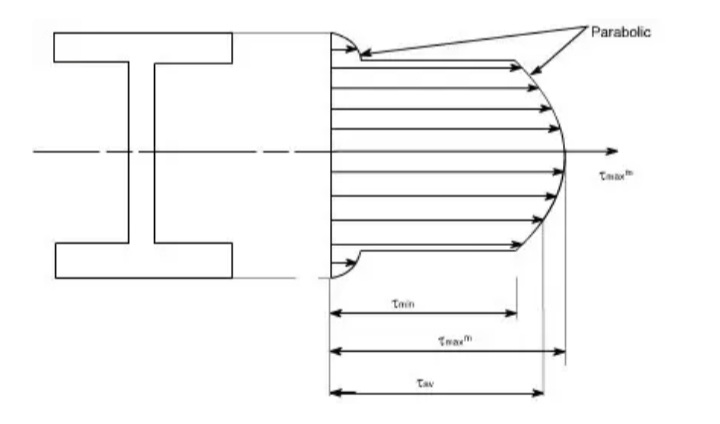 But why does the flange carry most of the moment? The normal stress on a beam is linearly proportional to distance from the neutral axis. So why is it assumed that the flange carries the bending moment?

What is really proportional to the distance from the neutral axis (let's denote it $z$) is the strain. 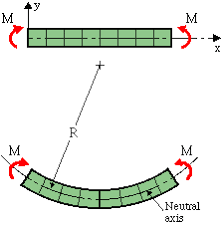 Because in the linear region the constitutive equation is $\sigma(z) = E\cdot \epsilon(z)$, the development of stress at distance z is proportional to the strain. 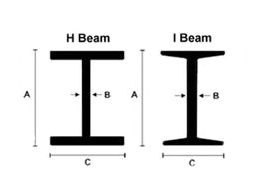 So, although the stresses and strain (in the linear region) follow a linear distribution wrt to the distance from the neutral axis, you can see that the actual bending moment eventually is proportional

Therefore, because the flanges have a significant area, further away from the neutral axis they have greater contribution to the bending moment which resists bending.

See the bending stress diagram below (the rightmost). The compression and tension force is the sum of the respective normal stress times the area the stress is acting on. Usually, the flange has an area much larger than the web, as a result, the flanges take the majority of stresses induced by moment. Also, geometrically, the flanges are further out from the neutral axis, which, the longer moment arm, contributes to the fact that the flanges resist the majority of the moment. 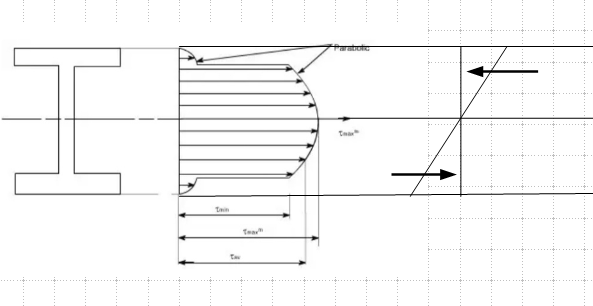 Imagine a beam with a very thin flange, with an area A and height H and a web that has the same area A to make it easy to compare the effect. so the web thickness is A/H.

The flange moment resistance is

the web moment resistance is

So the contribution of our example beam's web is 1/6 of the flange.

Not the answer you're looking for? Browse other questions tagged structural-engineering stresses beam or ask your own question.

0
shear flow in thin wall members
2
Why two identical beams without being pinned together will share half of the bending moments?
0
Why is there tension in outstand flanges of compressed elements?
0
Beam with width tending to zero
0
Why can't I-beam resist torsion but can resist shear stress due to transverse loading?
1
Maximum shear in a beam
1
Beam of uniform strength