If an airfoil underwent horizontal loading, would it stiffen the airfoil? [closed]

I am designing a wing for a Vertical Takeoff and Landing aircraft. I am trying to choose a wingtip winglet for my aircraft. One of the option is a aft-swept wingtip winglet. However, this structure would cause the horizontal loading of my wing to increase, according to my lecture notes. I am wondering whether this effect could strengthen my wing?

Here is a picture of my aircraft, the red crossed component is a rotation mechanism for my wings 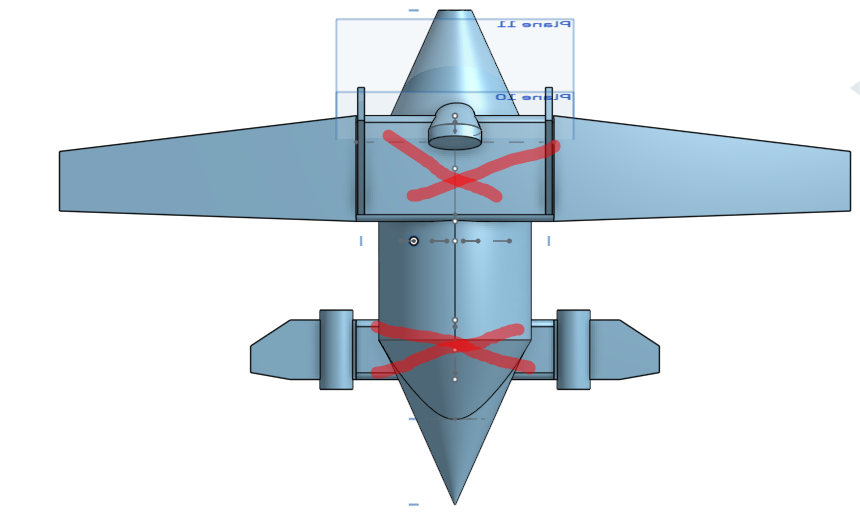 The image below is from the wiki winglet page shows the wingtip vortices with and without wiglets. It is producing lift to oppose wingtip vortices and as a result adds a horizonal force component (Think Newton equal and opposite).

Obviously the results of this force are highly geometry dependent, as winglet could be up, down, or both. In the case of the photo, the upward winglet is pushing air outward and consequently has a resultant force oriented towards the aircraft. This creates a load and a moment that must be structurally supported by the wing and root of the wing; just as if it were a cantilever light pole opposing gravity. This moment is in addition to the much greater lift forces on the wing that are more or less operating in the same direction. Basically there is more load, so you need to build the wing stronger to accommodate it. Putting it into perspective though, a properly designed winglet will have a very small force (say less than 5%) relative to the lift of the wing.

The wing will not stiffen because of the winglet or this force. Excluding the geometric complexities of a tapering wing, it will somewhat follow the cantilever beam deflection equation where the deflection is proportional to load.

Not the answer you're looking for? Browse other questions tagged pressure stresses beam aircraft-design or ask your own question.

0
Positions of Max Load a human would exert on horizontal rods of such a system by positioning leverage & bodyweight?
3
Is there a need to consider the moment generated by horizontal water pressure in a pool?
1
Is is possible to use singularity function to expresse the horizontal forces ?
2
What are the design difference of a steel tank that would withstand 136atm inside and 1atm ambient compared to 1atm inside and 136atm ambient?
2
What engineering obstacles would need to be overcometo make a hot air balloon bigger than the largest made?