Is it possible to solely use a P-controller for velocity control?

Let's say I want a robot to run at a certain speed. I have one motor attached to each robot rear wheel. The feedback value to the controller comes from an encoder, which outputs pulses per time unit, i.e. the measured variable is speed of the robot.

Something has been bugging me, so please correct me if I am wrong: I don't think it is possible to solely use a P-controller for velocity control. I seems to me that it is impossible to reach the desired target speed if your output signal from the controller (i.e. a velocity value) is proportional to the error value. Then when the error goes towards zero (which is what the P-controller strives for) the output signal (velocity) would go towards zero. But then how can you maintain a non-zero speed? Instead you will probably reach an equilibrium point were the robot velocity control is in a steady-state error. Is this reasoning correct or wrong?

Let's consider the transfer function of a dc motor:

In order to control the rotational speed of the motor, we need to introduce an appropriate control scheme and design the controller according to some design specifications: 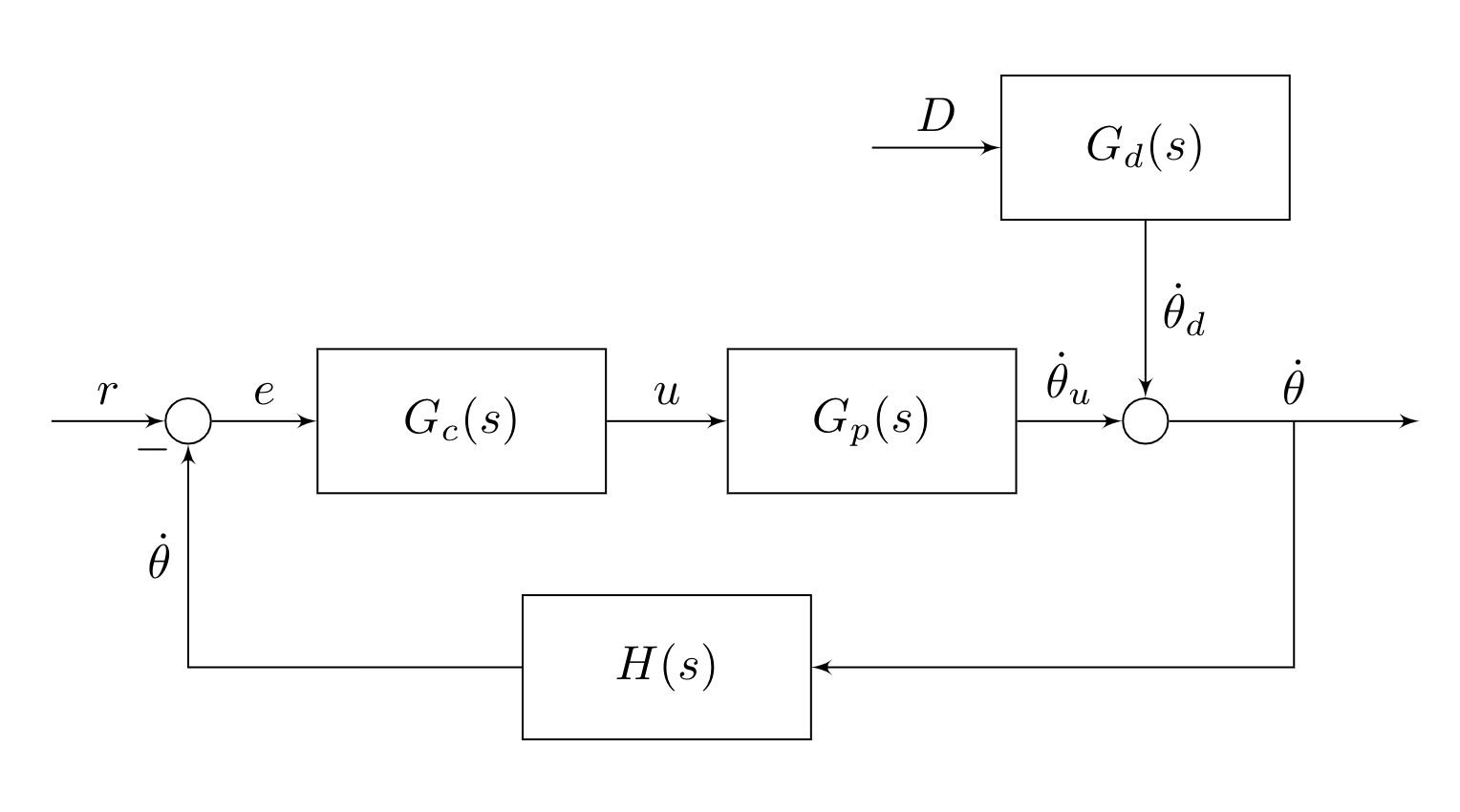 For the sake of simplicity, let's considered the sensor dynamics to be just a gain of $1$ and the disturbance term $G_d(s)$ to be $0$. The simplified block diagram is now the following:

Picking some arbitrary values for the constants (DC Motor Speed: System Modeling) and some conservative design specifications like the following:

Picking a proportional gain of let's say $K_p = 75$ leads to the following step response of the closed loop system: 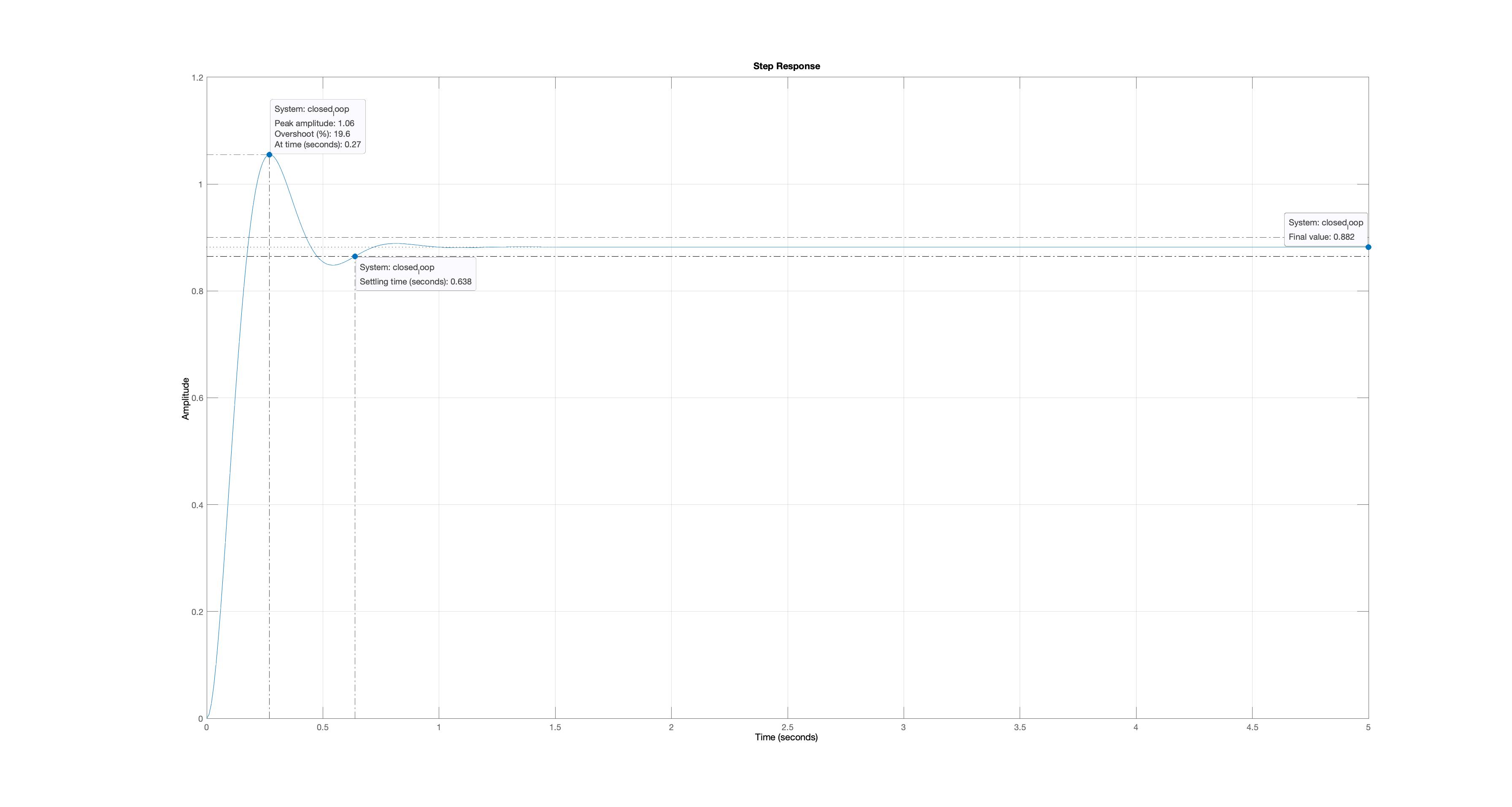 It is obvious that the P-Controller can stabilize the rotational speed of the motor. However, the design specifications, except from the settling time, are not met. We could increase the $K_p$ gain in order to meet the steadt state error specification but increasing $K_p$ will simultaneously decrease the steady state error and increase the overshoot, which is already out of the boundaries that have been set. If we also consider the effects of the disturbances, which will definitely impact the physical system's behaviour along with the measurements' noise, then the performance of the P-Controller will definitely be inappropriate. 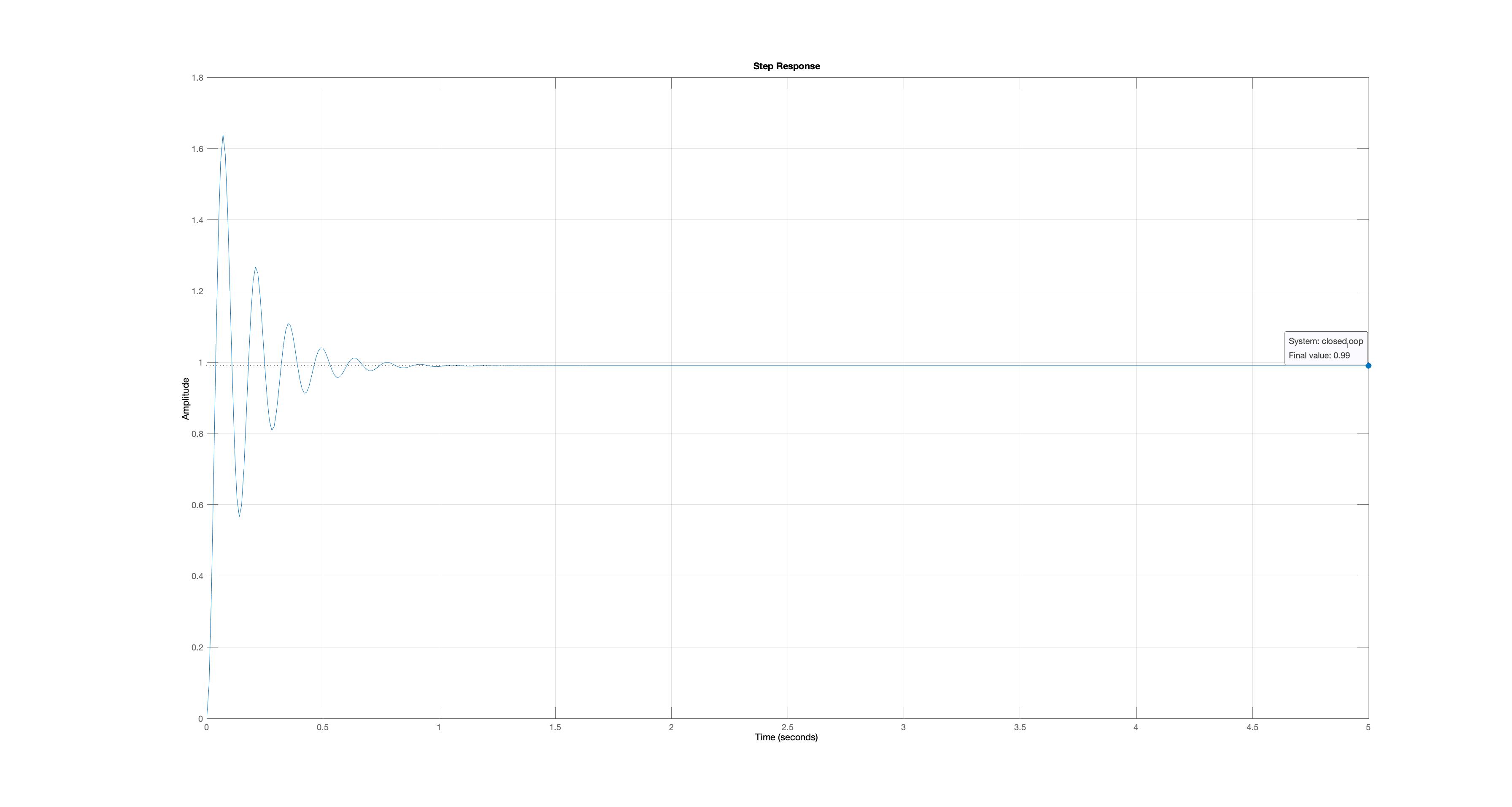 To sum up, as you can see it is possible to stabilize the rotational speed of a dc motor using a simple P-Controller but the characteristics of the response will most of the times be unacceptable and in real-world situations I believe that you will probably never get it to eliminate the steady state error by using just a simple controller despite the fact that in simulations you can eliminate it.

EDIT: In the case of $K_p = 75$ the control signal produced by the P-Controller is the following: 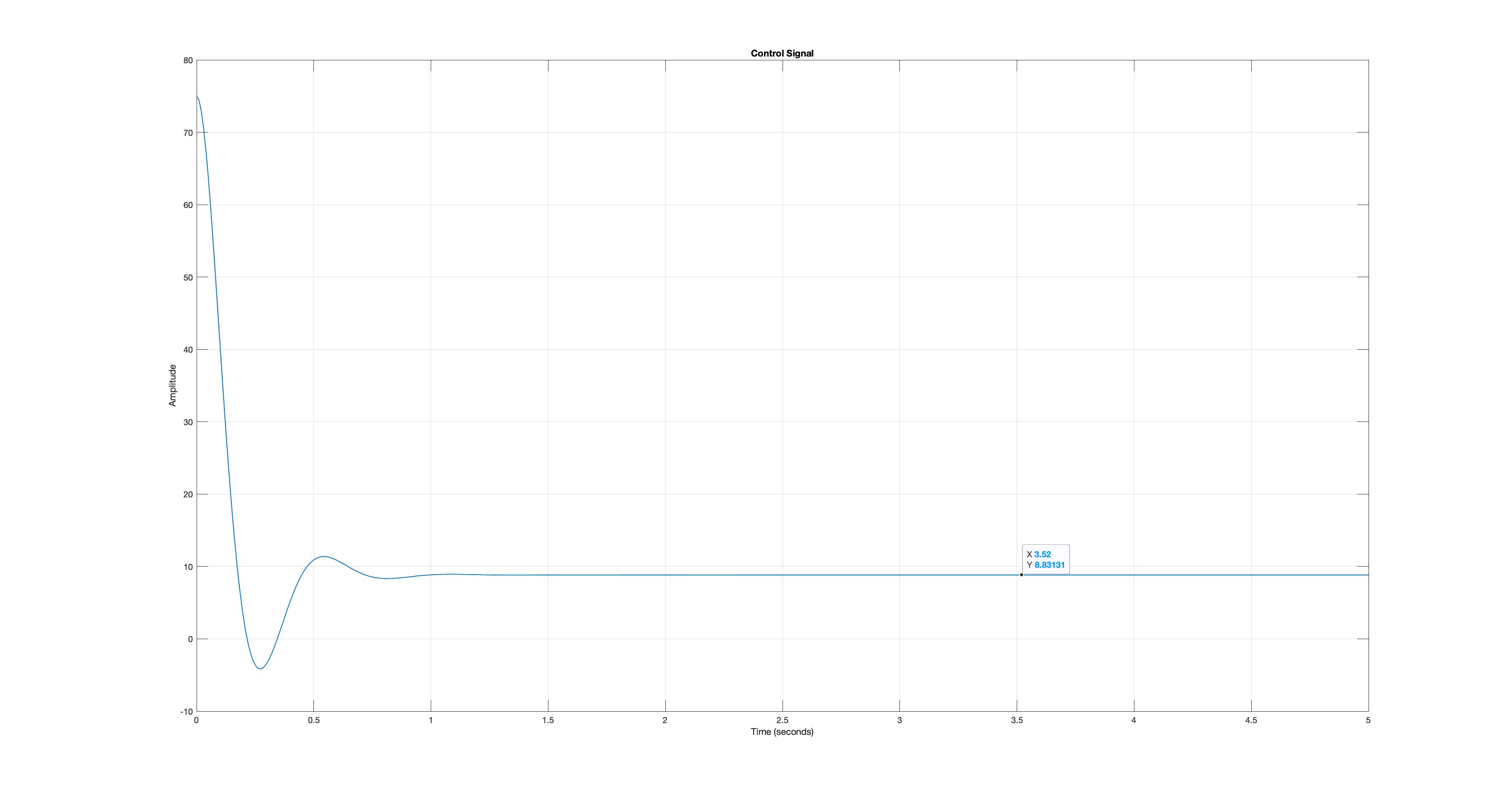 6
Feedback control of two-link planar manipulator
0
What type of control system is this? open loop?
1
Speed estimation with absolute encoder
2
How does a closed loop control system actually work?
1
Do variables dimensions matter in PID simulation + I want the PID output to be volts?
4
Finding coefficients for a PID controller that minimize the integral of the squared error (ISE)
3
Differential Equation for: Locking a laser's frequency with a PI controller
1
What's the difference between Fuzzy PI, PD and PID controllers?
0
PID Control: Is adding a delay before the next loop a good idea?