How to indicate bolt direction on a drawing? 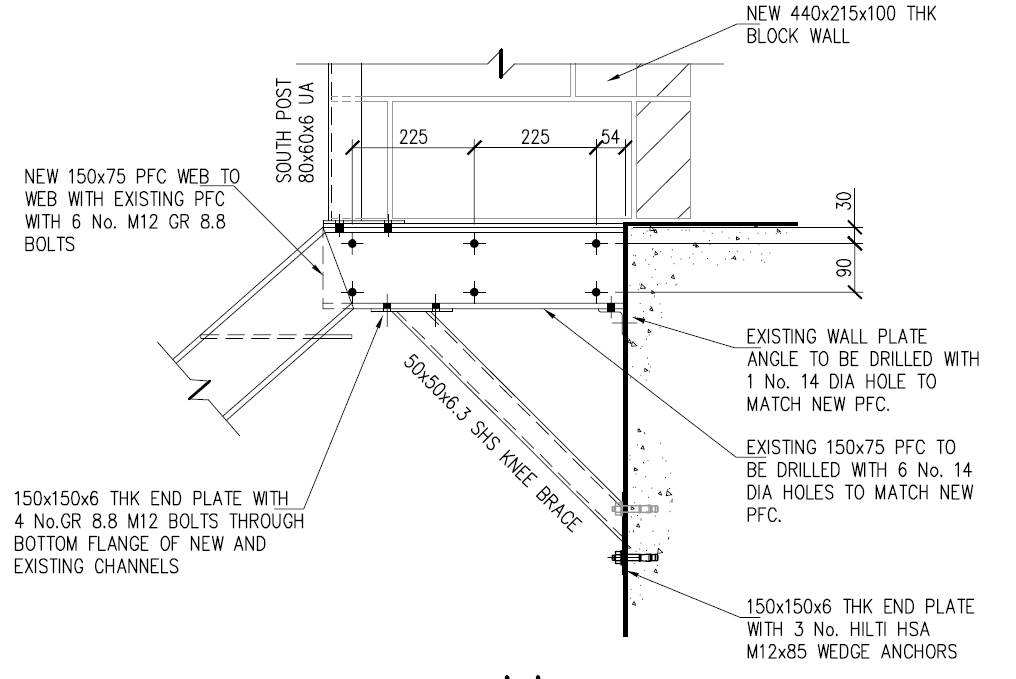 The location of the 6 no. M12 bolts are indicated with a circle and cross.

However, it is not clear whether the shank of the bolts should point into or out of the page. Without explicitly drawing the nut and bolt, what is a shorthand way to indicate the direction of the bolt shank and location of the nut?

EDIT: I've done some digging and it seems there is no short hand for this. It is dealt with via an explicit drawing of the washer/nut and the use of drawing notes. I'll keep the question open in the hopes someone knows a shorthand way to notate which side the nut is to go on 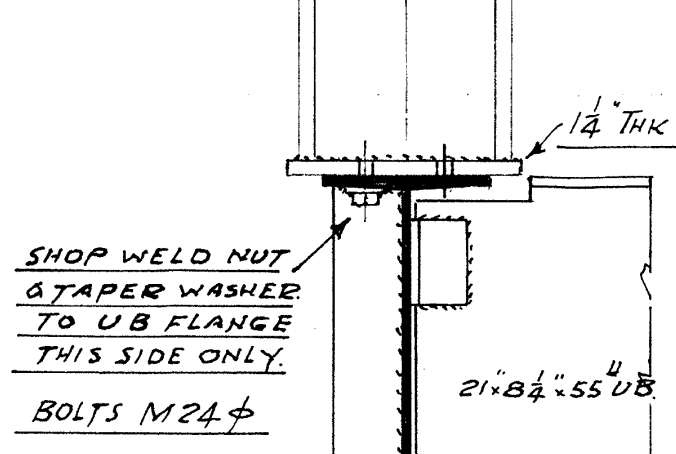 In structural construction, if it doesn't matter, it is left up to the contractor to put the bolts in however makes it easier for them.

If it matters for some reason (clearance, aesthetics, etc.) then there should be a note. Drawing a bolt head on the drawing and making it clear that it is not a nut and will be noticed by the contractor is hard. It is easier to add a general note or a call out that says, "Bolt heads shall face ... ".

I had a project where we were modifying an existing riveted structure. The client wanted the modifications to be as invisible as possible. For this project, we had to specify twist-off bolts with button heads. The button heads were exposed which made it harder for the contractor to get the twist-off wrench into tight spaces. This all was covered with one general note that said that the bolt head was to be on the exposed surface.

I'm not sure about structural drafting but in "pure" science vectors going into a page are marked with an X and out of the page with a large dot. Images at bottom of page

Not really an answer but couldn't post a link in the comments, either because of SE's limitations or my own

Not the answer you're looking for? Browse other questions tagged structural-engineering technical-drawing or ask your own question.

4
Clamping force from U-bolt around pipe
0
Understanding some drawing notations
1
How to number section and detail view for a same drawing
1
What does P0.35 stand for in a Tech drawing for a Bolt
0
Drawing in orthograhphic
0
Notation of a technical drawing
1
How to interpret tolerance in technical drawing
0
Airfoil engineering drawing
1
what does four 8-32 holes on a 50mm bolt circle mean in this diagram? This drawing is for an ampflow E30-400-24 dc motor