Why does accuracy of temperature PID controller drop over time and how to eliminate it?

What am I trying to control?

Sketch of my system:

Step response of the system (X axis format is HH:MM:SS): 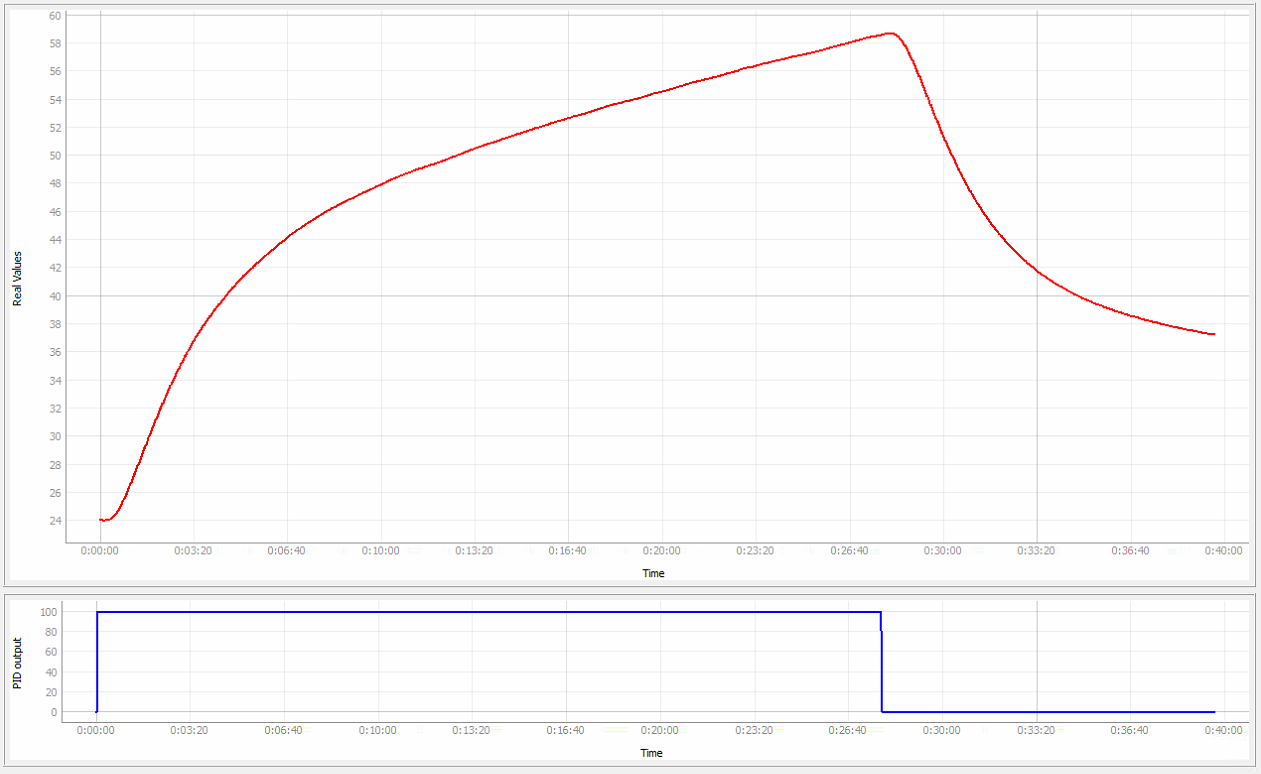 What have I tried so far?

What is the problem?

What can I do to eliminate this problem? And what is causing this behavior? Are there any better methods then the simple PID controller?

Picture 1 and 2 (temperatures and the PID's output): 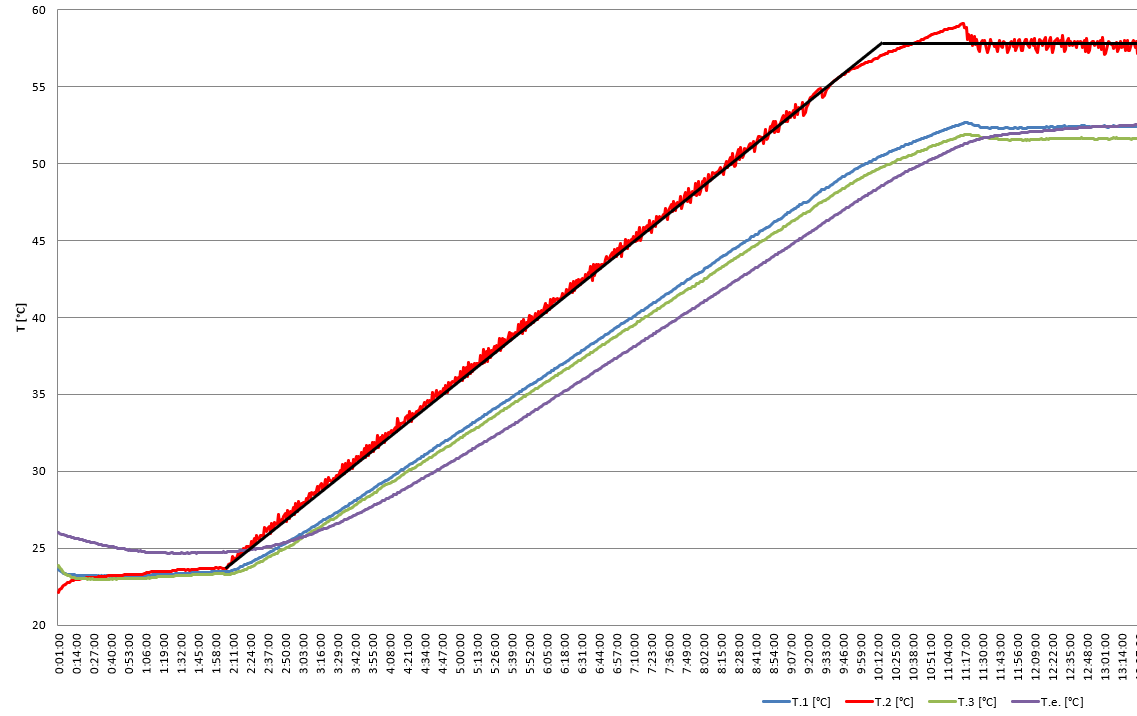 Picture 3 and 4 (temperatures and the PID's output): 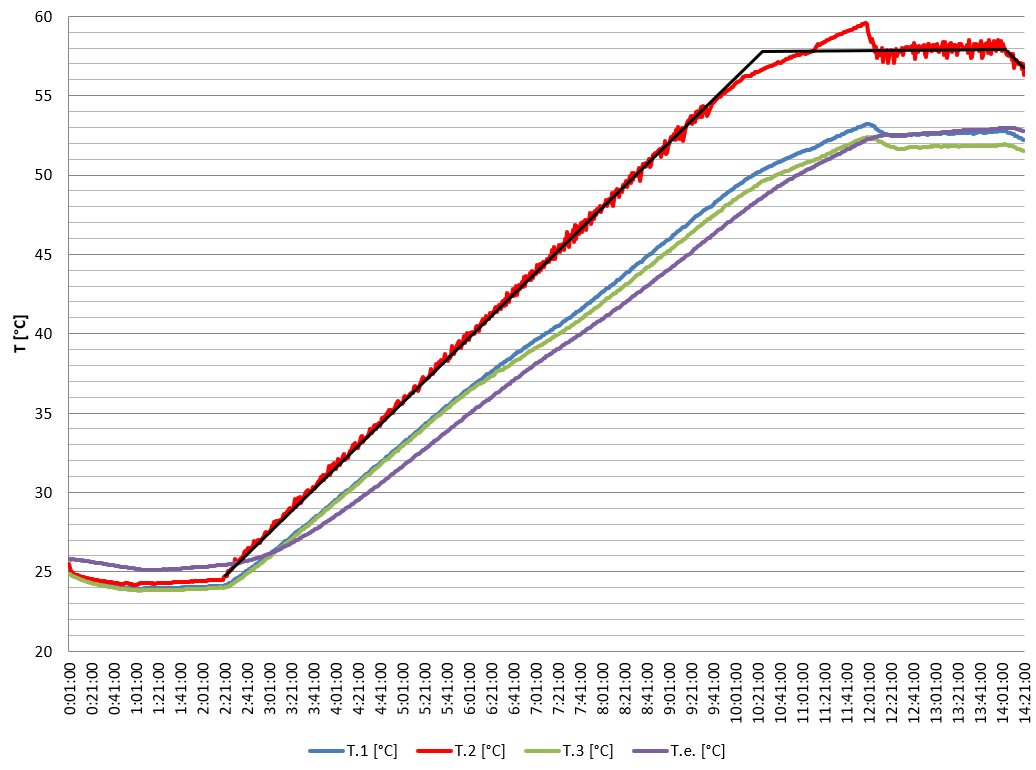 IMHO the problem you observe is mainly related to limitations of your system.

Notice, that up until 55 degrees C the heating element can follow the gradient of temperature wrt to time.

Just after 55 degrees C, the system is unable to heat fast enough the wooden box. (probably the insulation is not sufficient). So beyond that point, the error accumulated and the $I$ term is activated. 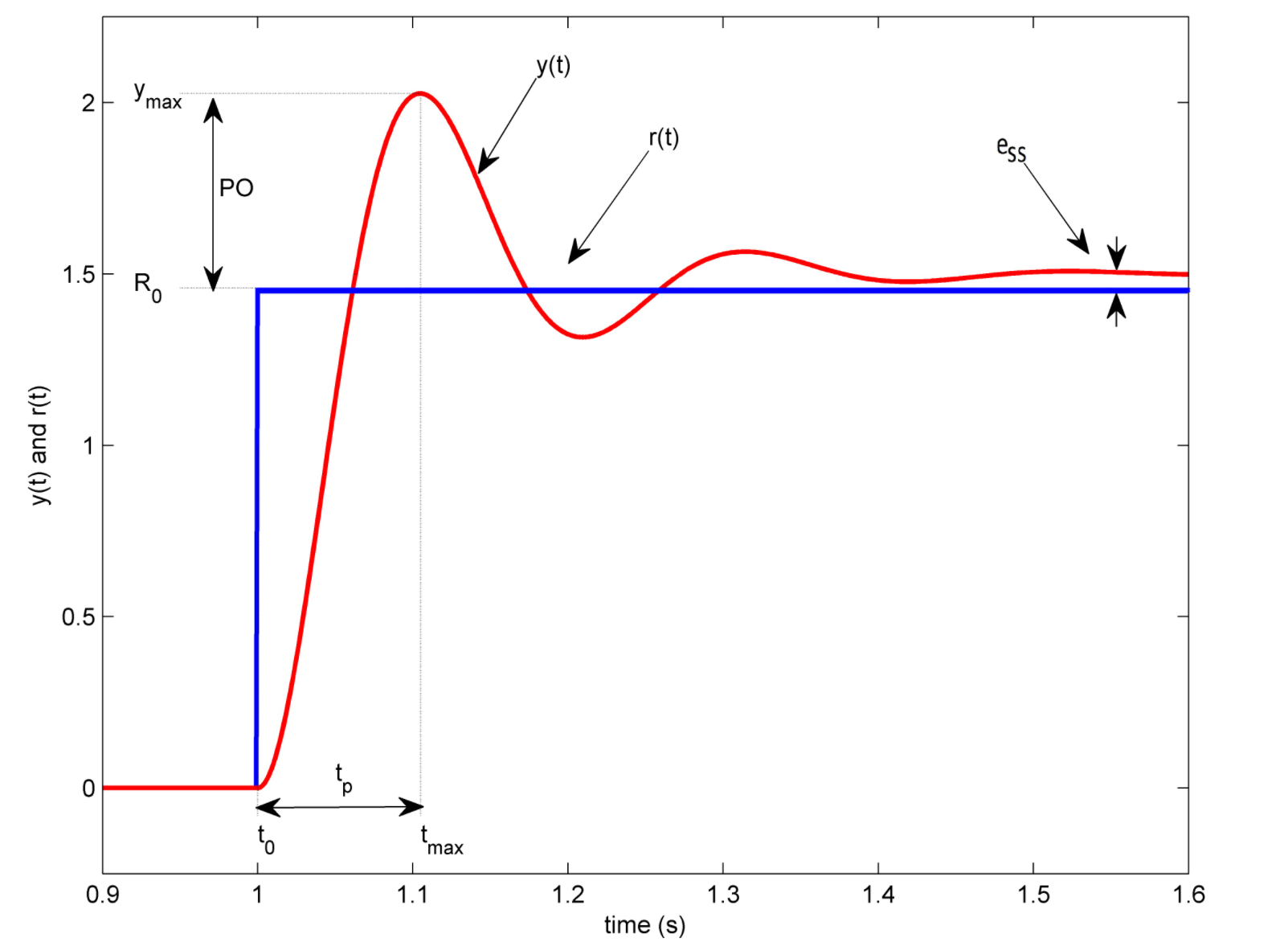 However, there are some cases where the system cannot cope with the set point. Imagine driving a small city car, and suddenly deciding to set the target speed to 300 [kph]. No matter, how much throttle you use, you would never achieve that speed. (To be more attuned to your problem, the analogy should be about matching the acceleration, not speed. However, I felt the example with speed is more intuitive.)

Knowing that there are a few things you can try. You can make changes to the the system e.g. you can try to :

Another path you could take, is to make changes to the PI controller (IMHO the D part for me is not contributing so I wouldn't bother with it). However, I believe that the overshoot is due to thermal inertia in the system. This would be very difficult to overcome, with just the basic PID scheme. I would probably look into techniques like feedforward, which might require some coding.

PS: if you do a step response, you will get a much better glimpse of your system's limitations. (If you haven't already looked at it, have a look at First Order Plus Dead Time -FOPDT- systems and their setting up). You can also post that in your original request so that other people might give you a better answer.

I suggest that your problem is between the PID (I assume you're using only P & I like 99% of industrial uses) and the physical limitations of your system. Of course you're going to overshoot, because you don't have instant feedback. Air in the box has to mix and then return to the inlet of your measuring point. I seriously doubt it has anything to do with high temperature - it's just the system reaching it's setpoint.

You've also made no mention of how you have attempted to tune the loop. You can measure how your system reacts to setpoint changes and tune accordingly.

Not the answer you're looking for? Browse other questions tagged control-engineering heat-transfer control-theory airflow pid-control or ask your own question.

1
PID position control when setpoint does not require continuous force
1
Using a PID to control rotation
1
Layout of a controller for controlling a water pump
1
Why does a proportional controller have to have a steady state (offset) error?
2
How can we control the output temperature of a multi-input single-output pipe air-flow system?
0
Basic question about PID controller
3
Does this PID-like algorithm make any sense for a solar inverter?
0
PID Control: Is adding a delay before the next loop a good idea?
0
Is controlling humidity more precise when calculating with relative or absolute humidity?