Sorry if the title doesn't make sense, I just cant think of how to word it so I'm going to be using images to help.

Basically I have a piece of sheet metal that I have bent along one edge to give me a right angle, I then bend it down the middle, perpendicular to the previous bend, at 35 degrees, now I have already cut out a relief to account for this bend forcing my metal on the right angle into itself, but when I make the second bend, the length of one of the previously bent pieces has to be shortened to make the tip of its edge line up with the other edge. 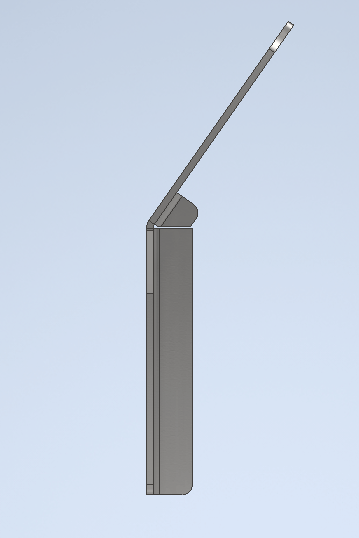 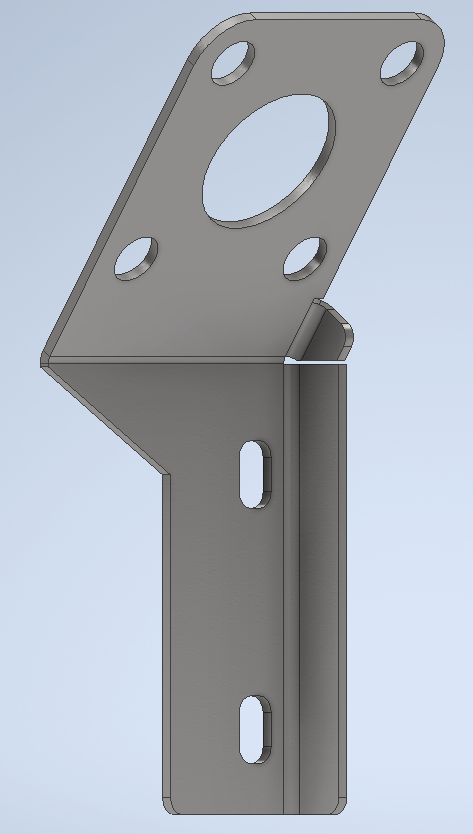 The edges I'm talking about are the two right angle bends that are separated by a small relief, this relief allows the main bend of 35 degrees take place. 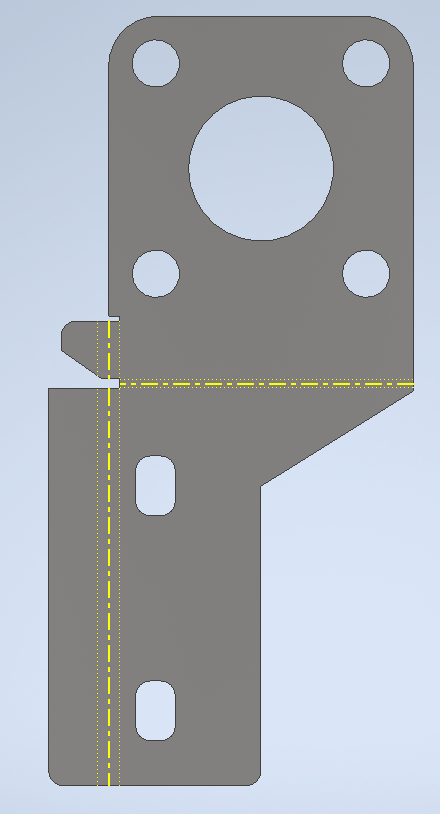 But as can be seen in the flat pattern, I have had to trim the edge of the sheet in one place to allow the bent piece to appear more uniform, if I left the edge untrimmed and the same length along its entirety, when bent, there would be an overhang.

So obviously there would be more or less overhang depending on the angle of the main bend, so my question is what is the relation/equation between the amount needed to be trimmed and the angle perpendicular to that face?

Is it to do with making the length of the hypotenuse match the width of the other piece? The lengths would be the same if I cut a relief out of both sides at an equal angle but maybe there are situations where that isn't viable?

Browse other questions tagged mechanical-engineering design computer-aided-design bending or ask your own question.

0
How can I couple two shafts along the same axis so that they rotate together, but only one shaft is allowed to drive the rotation?
2
Help with cantilever table top questions
5
“Heavy-duty” or not, can my drawer slides really support this weight?
0
Can Sheet Metal Be Formed With Bends At Weld Joints?
0
If aboard a train being driven along a track by centripetal force, would it feel like you were on a regular straight track?
2
What should be the relation between flange length and web thickness for an optimum I - beam?