I already asked this on physics.se, I got a suggestion to ask here, but the question became too old to migrate before I decided to do it. I did also receive an answer, and I am grateful for it but still hope someone has another idea.

I need to describe the relative magnitude of a force using real-life comparisons instead of numbers.

At work, we glue some Devices onto a flat horizontal surface and my task is to periodically check how stable the Devices are. Specifically, I push them with my hand to see if they will tilt, spin, rock or move etc. I now need to provide a report. There is no specific method for checking the Devices, or for the subsequent reporting, but I am trying to improve our practice, and introduce some sort of convention.

The Devices are roughly the shape and size of a box of six eggs, or 500 grams of margarine. The largest face is horizontal.

The best way I can describe it for now:

The above examples sound silly and totally unsuitable for a professional report.

The above examples avoid silly wording. But they are overly accurate: my hand's estimate of the force applied is nowhere near the accuracy implied by the numbers like a tenth and a hundredth.

My intuition is that a convention must already exist for this, perhaps in the field of health and safety to describe how much resistance/support a barrier is supposed to provide? As you can hopefully see, I only need to provide an indication of the order of magnitude.

A measurement in absolute terms would be great, but a nicely worded description in relative terms will also be enough.

Another area where this problem might be common is the specification of adhesive products (we do indeed use builder's grab adhesive to install our devices). Something like "glue 1 will hold the weight of a person, but glue 2 will only hold the weight of an A4 clip-frame".

In an ideal world we would have categories or an agreed system with three levels of stability, where everybody knows what level 1/2/3 is. I'm afraid I'm probably not important enough to try and establish any such categories though. I am hoping that this problem has been resolved in one industry or another and there is a solution I can adopt.

I am conscious this question can be seen as opinion based. If more people think this is an issue please let me know and I will try to edit my question to make it more appropriate for stack exchange.

Finally, I am not aware of any sort of instrument that performs my "test" and measures the force/effort/torque required. Any suggestions would be most appreciated, even if product recommendation is a controversial subject on the wider stack exchange.

You could get 3 compression springs for your 1/2/3 levels of tip. Very high spring rate for #1, medium for #2 and low for #3, depending on what you need. The limit could be once you fully compress the spring (all the coils touch), that much force is how much should be needed to tip over whatever you're talking about.

Now get some spring force gauges or similar and try to estimate the level of forces you apply to the assembly. Something like this: 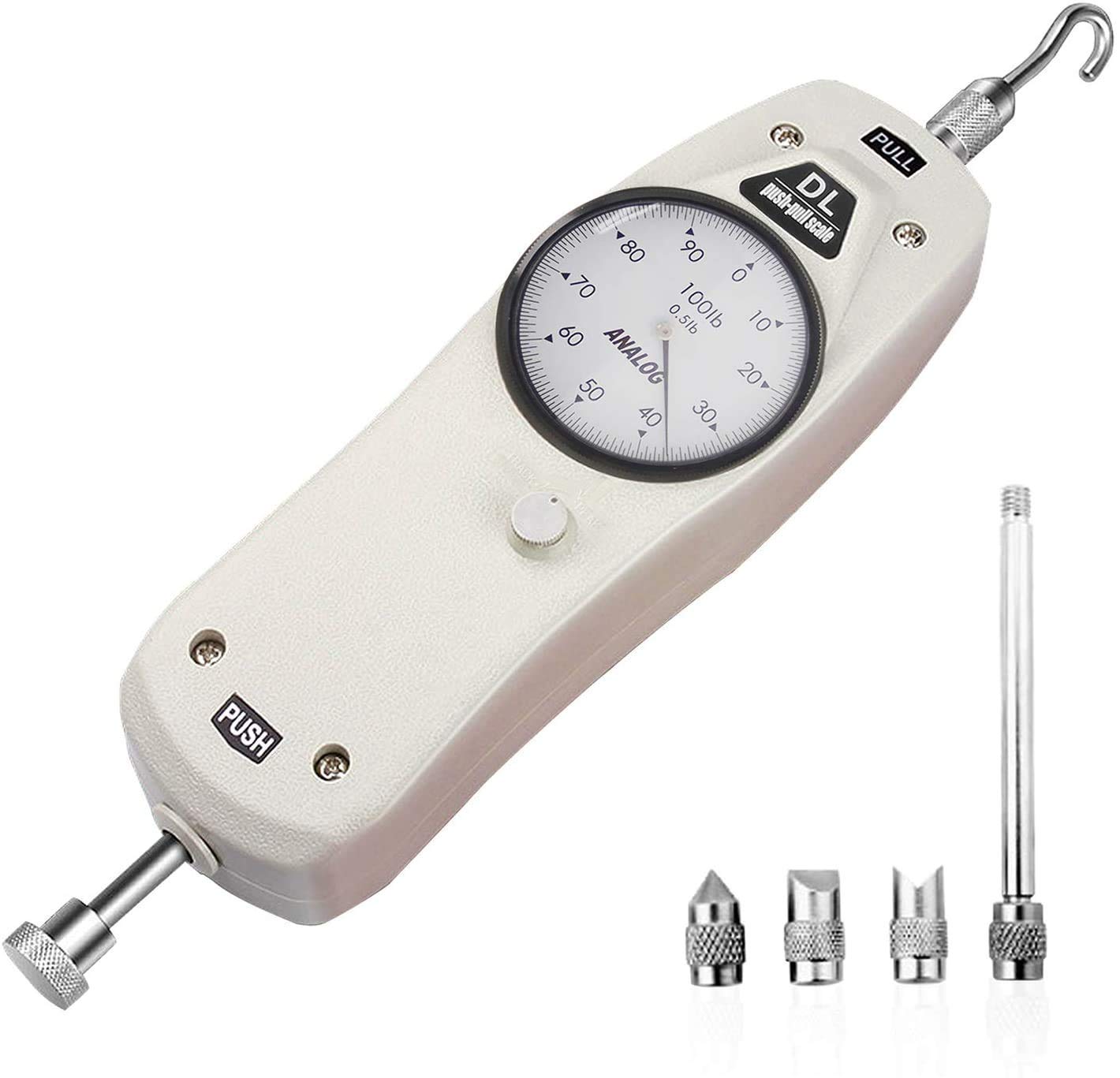 Now update your diagrams to include the approximate force.

Add pass fail criteria. For example: "the box cannot move more than 1mm" or "the box must stay attached"

Now you can control this procedure to different degrees:

If you want to describe these forces in a colloquial fashion, you can use the force gauge to do some things around the house and use those for comparison.

Not the answer you're looking for? Browse other questions tagged mechanical-engineering measurements stability adhesive communication or ask your own question.

4
How can I accurately measure the actuation force of small buttons (<1cm diameter) using home equipment?
1
Finding the magnitude of F
0
How to perform 3 point bending test by using force instead of displacement in ABAQUS?
2
Design Input: Rotary motion to Linear motion, What system should I choose?
0
Fix plastic tub (leak) and resist applied forces
0
Braking movement of a chain through a pulley or sheave
0
How to determine the magnitude and direction of a force