Forces acting on a weightless member

A weightless bar is pinned at the top of a triangle with N weight. Both rests at the horizontal plane.

There is a horizontal force F acting on the weightless bar, and a given coefficient of friction μ for both the triangle and the bar with the horizontal plane.

Should a normal and friction force be applied at the base of the weightless bar? Or should the reaction only be at the pinned joint?

Or what other reactions should there be, other than the normal and friction force on the triangle. 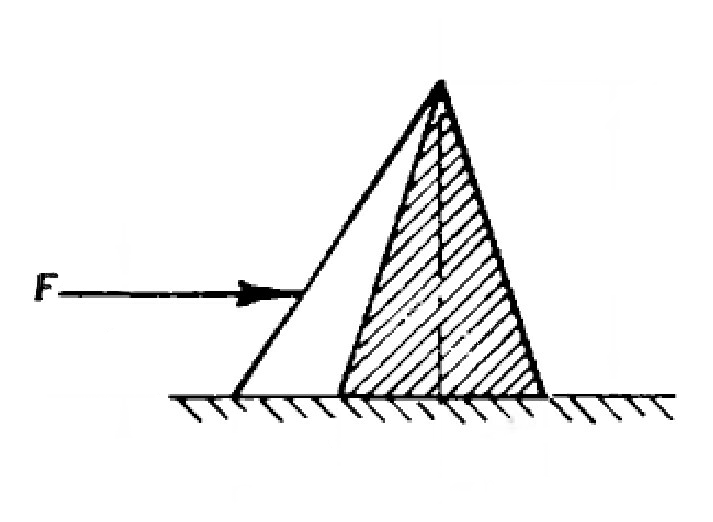 But the system will accelerate if

UPDATE (I think I misunderstood the constraints in my previous answer)

In the first case ($\mu>\frac{W}{2H}$) the forces on the beam are presented in the following image: 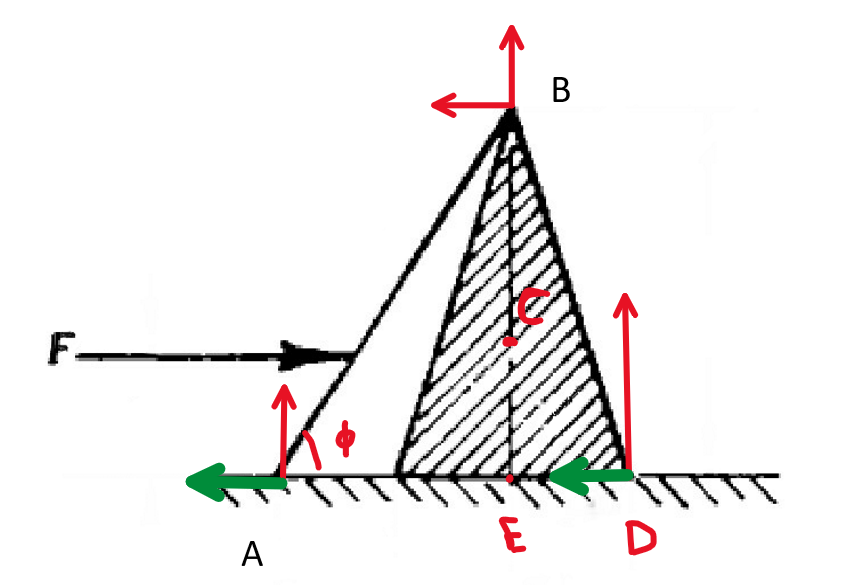 If the triangle is deformable, then things are more complicated, and the friction should be distributed along the bottom of the triangle in a non uniform way .

In the second case the friction force will not be enough to tip the triangle.

Forces on edges of the Beam

- from equilibrium of forces on X:

- from equilibrium of forces on Y:

Q1 - Should a normal and friction force be applied at the base of the weightless bar?

A: Yes. Assume the triangle is a non-yielding/rigid body, the reactions on the bar are graphically shown as below. 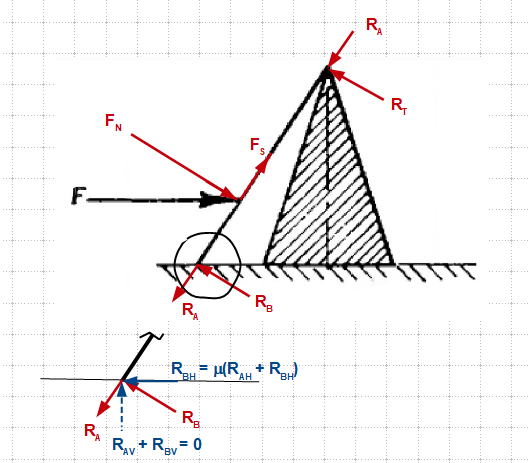 Note: Although the bar is barely resting on the contact surface, however, as long as the ground can provide the required friction force, the bar will be prevented from sliding towards the right. The capability of providing both the horizontal and vertical resistant forces makes the contact point like having pin support.

Q2: Or what other reactions should there be, other than the normal and friction force on the triangle?

A: If the bar can remain in place, the triangle will be subjected to the resulting reactions ($R_A$, $R_T$) from the applied force "$F$". Then, you can analyze the triangle as a rigid body subjected to these external loads through system equilibrium requirement, $\sum F_X = 0$, $\sum F_Y = 0$, and $\sum M_Z = 0$.

Not the answer you're looking for? Browse other questions tagged statics friction or ask your own question.

1
Horizontal and vertical forces on supports
3
Replacing a straight rigid link by a curved rigid link
5
Why do we ignore horizontal reactions at roller supports?
3
Force P required to slide the door if one of the wheel becomes frozen
3
How exactly do forces transfer in different directions?
0
Rover Steering Torque