Now, we can also rewrite the L.H.S as:

TL;DR: Real life equations are created by carefully observing relationships between different quantities, making simplification assumptions, and then abstracting them into a mathematical form.

I've posted below a few examples of how to derive DE's from "real life" examples for a range of sciences. Hopefully, they will give a glimpse of the process.

where: a is a constant.

where: a, b are constants for reproduction and interaction respectively

We are thinking of H(t) L(t) as the number of possible interactions between the lynx and the hare populations.

where c, δ are constants.

Another typical example is the harmonic oscillator. Below is 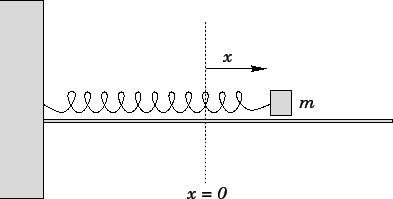 The force only force applied in this example is the spring force. The spring force is proportional to the displacement x, according to Hooke's Law. Therefore:

Starting from Kirchoff's law, using Ohm law and other basic relationships to derive:

Not the answer you're looking for? Browse other questions tagged mathematics partial-differential-equations or ask your own question.

6
How can I determine a function equation from a graph image?
5
How can I translate a pressure boundary condition to a velocity boundary condition for incompressible, viscous flow?
2
Wing as cantilever beam (beam-rod) model for aeroelasticity fluttering analysis
1
Differential equation
1
Deriving the ideal equation for sluice gate problems - incompressible inviscid fluid