How can deflection and spring constant of cantilever beam stack be calculated?

How can I calculate some properties of a stack of 2 bonded cantilever beams like in the image? Especially I am interested in the spring constant and deflection with force on random locations. However, what confuses me is their lengths are not same. Otherwise I would recalculate the moment of inertia according to cross section of beam stack and then results can be acquired with well known formulas. 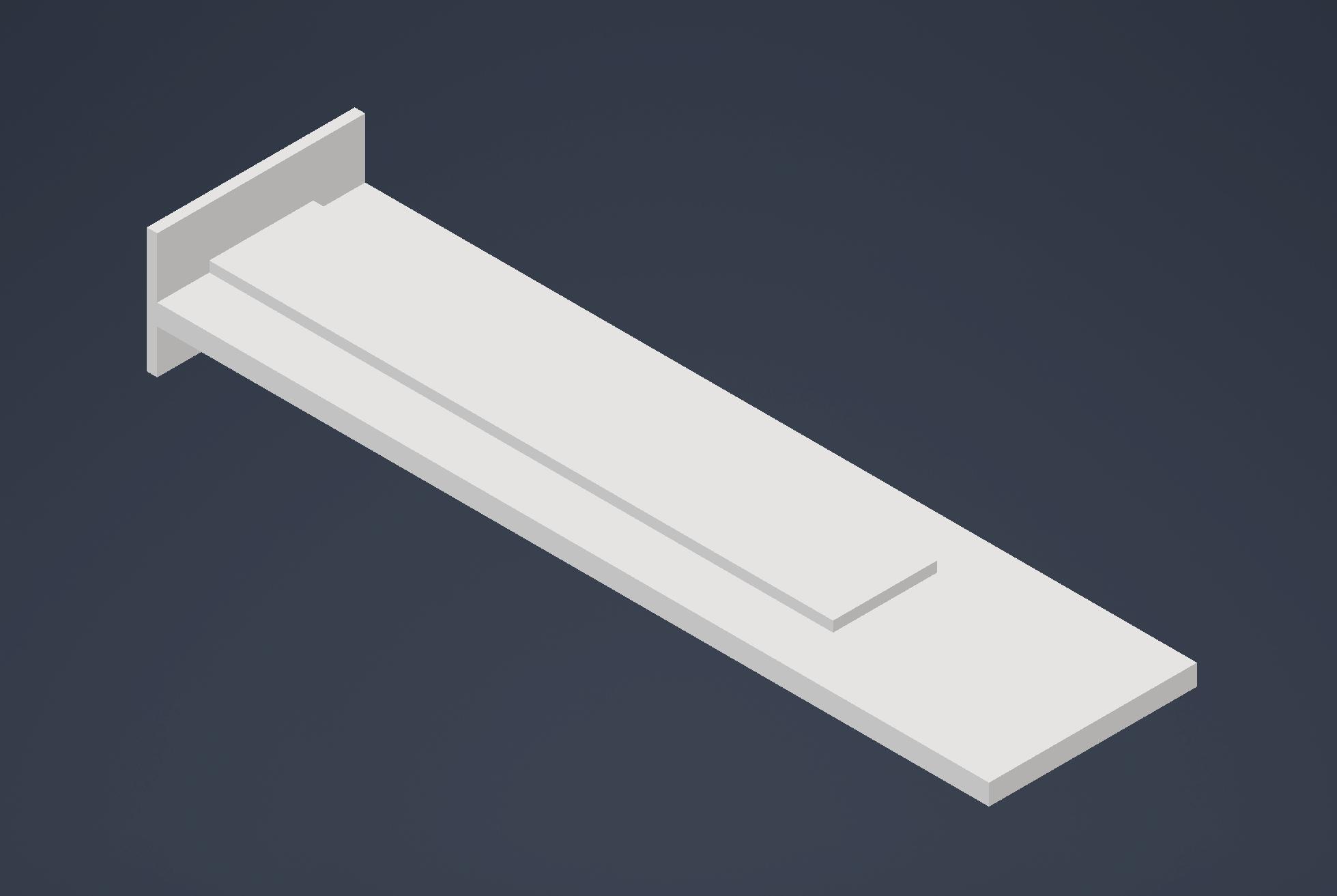 This is a case of a variable-cross-section beam.

What you need to do in these cases is separate the cantilever into two parts: near the support it has one cross-section, near the free end, another.

The analysis can then be done by hand, but it's a pain and I honestly wouldn't recommend it. Just use some analytical software to get the solution.

You also mention the different layers are made of different materials, which will complicate things in most software (some professional-grade software might have tools for this, but those I've seen don't).

However, if you're dealing with loads in a single plane (i.e. not dealing with transversal loads in two directions), this is easy enough to handle: you just need to "transform" the different materials into one.

To explain: remember that a beam's behavior is defined by its stiffness $EI$ (or $EA$ for axial loads). So, if your beam is made of different materials, you can pretend it's made of the same material (adopt a constant elastic modulus $E$), so long as you adjust the moment of inertia $I$ accordingly.

So if you're dealing with a beam made of two (or more) materials, arbitrarily adopt one of them as the "default". Then, when calculating the moment of inertia, remember that it is linearly proportional to the base of the section. This means we can simply modify the base of each section by $\dfrac{E}{E_{default}}$.

For example, imagine you have two rectangular beams of equal height: one is made of a soft material ($E$ is half the other beam's) but is twice as wide (and therefore has double the moment of inertia). How will they deflect? Identically. After all, the beam's behavior is defined by $EI$, and $\dfrac{E}{2}\cdot2I = EI$. So, analytically speaking, these two beams are identical.

The same applies if you're dealing with a beam made of multiple materials. Take, for example, a T-beam, where the flange (the top part) is made of a material which is twice as hard as the web (the vertical part). Well, if we adopt the web's material as the default, then we just need to pretend the flange's width is twice its true value.

Since you already have the geometric model, what you can do is you can perform a FE simulation with a known Force at the location you are interested. Then just measure the displacement that FE predicts (lets assume its $\Delta s$), and then to calculate K just divide

Again, I know it is almost cheating, however, if you are interested in a numerical value, this shortcut will be a lot less painful to calculate.

I would first calculate the deflection $\delta$ and rotation$\theta$ for The point at the end of the double-layer assuming the rest of the cantilever is rigid, using the equivalent area method, like in concrete beam design, Wasabi explained it.

Then calculate the deflection and rotation for the rest of the beam and add it to the first part.

This method of freezing and releasing sections can be used for more complex arches and tapered beams as well.