What's the difference between Creep and Dynamic Viscous Damping?

Creep in concrete is when under sustained load, strain increases without an increase in the load. Excessive creep can lead to unacceptable deformation, redistribution of the stresses, even collapse of the structure. Creep is generally recoverable after removing the load.

It has to do with the structural deformation of the Concrete matrix under constant long term load.

Concrete structures show damping of vibration for a variety of reasons, not completely understood beyond plastic damping.

All these influences are summed up together under dynamic equivalent viscous damping ratio.

this ratio is calculated WRT the speed of vibration S. Here is a figure of a model vibration result graph. 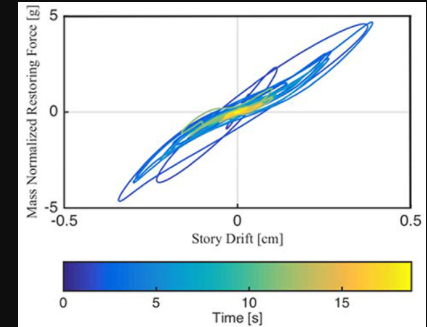 Some of the deformation under this damping is reversible.