How to use mesh as a reference object in Solidworks?

Suppose I want to design some device against a scanned 3D model like eyeglasses. I have imported STL model and drew a reference plane by three points of it.

I can sketch on this plane, but I can't see where plane intersects with an object. How to compute this?

Or I can only draw extra planes and lines?

In the following picture an intersection is visible, but it is only visible during plane definition stage. Once defined, plane becomes 100% transparent. 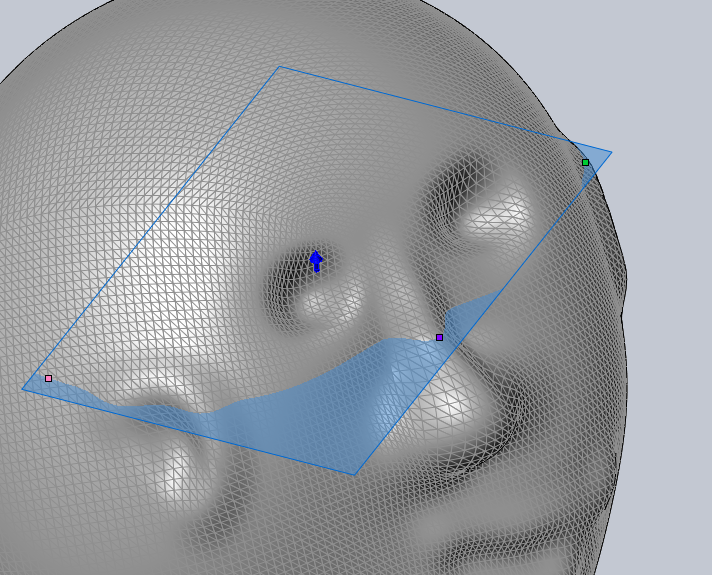 Browse other questions tagged solidworks 3d-printing or ask your own question.