could someone explain it to me? 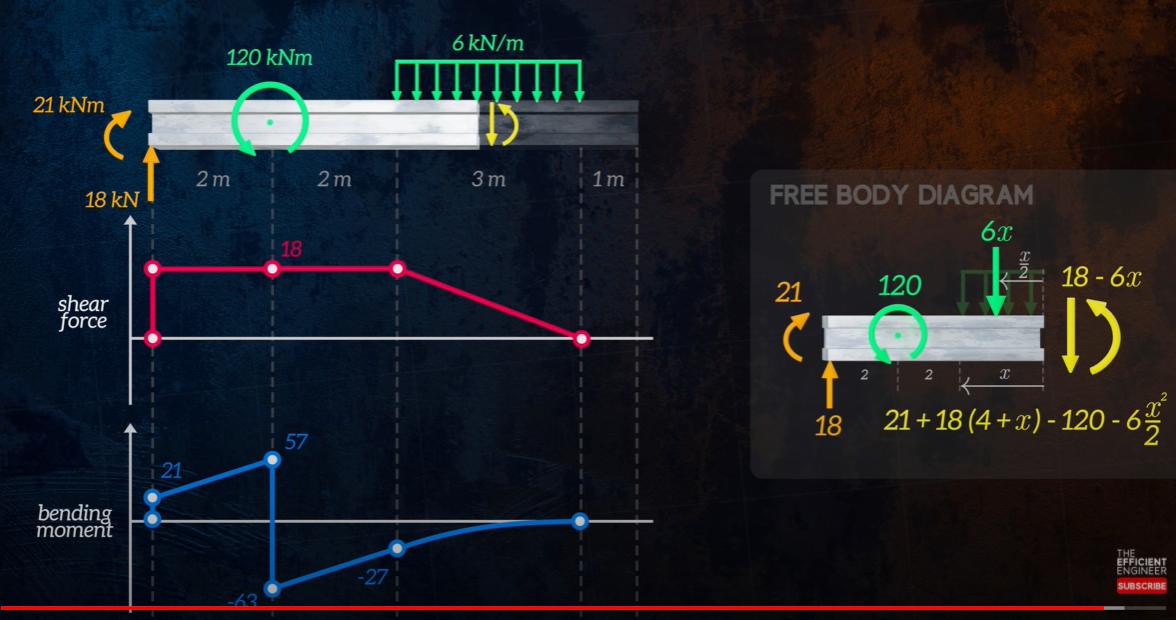 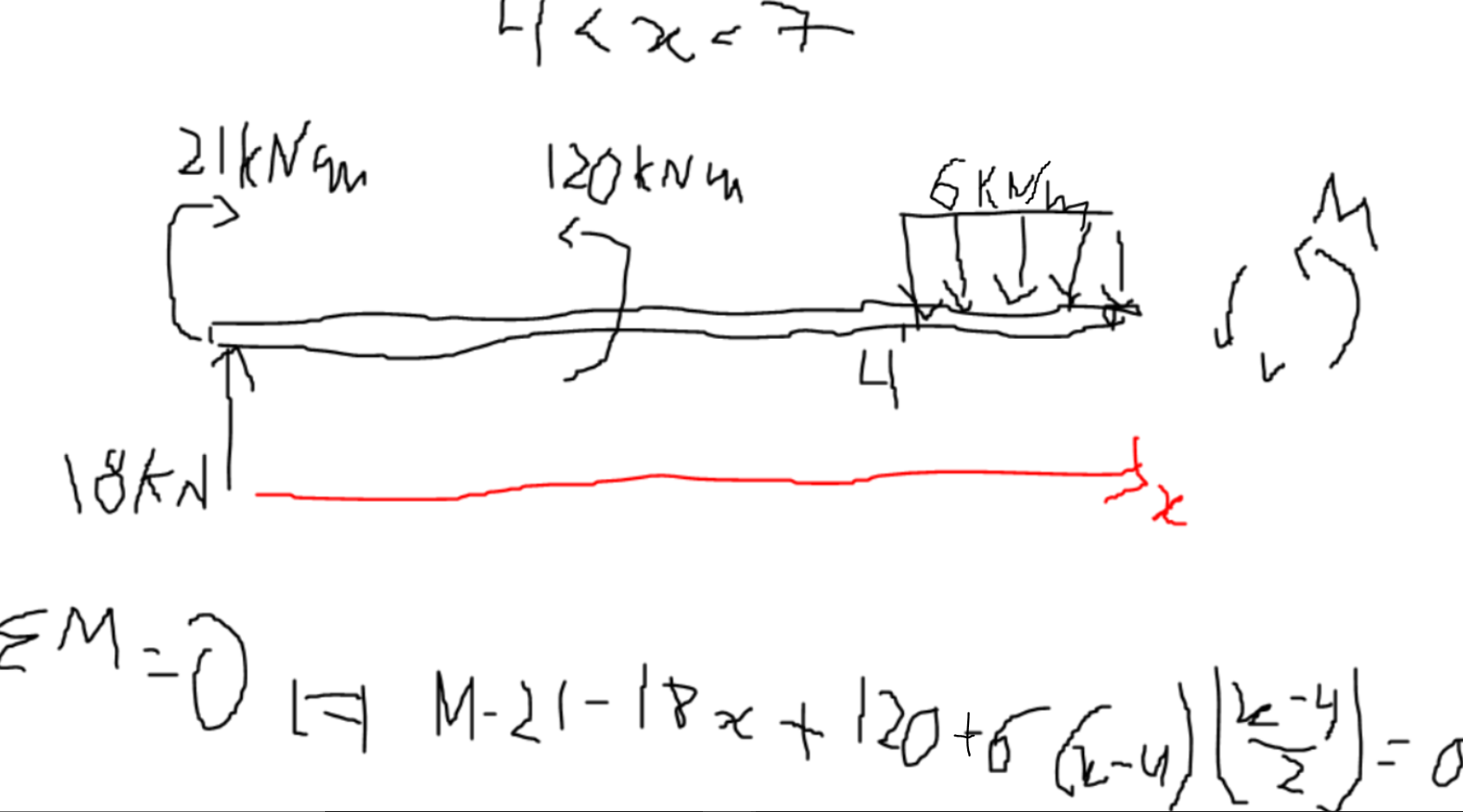 Let's clear the question first: The shear and moment diagrams indicate this is a cantilever beam supported at the left end, and the system is in equilibrium under the applied loads (in green) and the support reactions (in yellow). The range 4<x<7 indicates the internal reactions at a location below the uniform load are in question ("x" is measured from the fixed support towards the free end).

Now let's cutoff the unloaded beam at the free end (L = 1 m), and let's denote the cutoff location as point "A". Essentially, this becomes a question on the internal reactions at the location measured a distance "a" from the end point A", and "a" is less than, or equal to 3 m.

I'll try to update it with a full solution and some images later on.

UPDATE: I'll use the subscript $y$ for your solution, and $v$ for the video solution. So $M_y(x)$ is the bending moment you calculate, and $x_y$ is definition of x.

You correctly calculated that the video solution expands to

Seemingly there is a discrepancy until you notice that:

magically it transforms (after expansion) to:

So you see the two are equivalent.

In my humble opinion, your way of taking the x consistently from the left end of the beam is less confusing, and you should stick to it.

Pedagogically, I don't know why they opted to change the system of reference (for me the only benefit is simpler calculations). However, eventually it all becomes quite complicated (logistically) when you try to draw the diagram because you need to account every time for the different system.