How to negate rotation of a rotating linear guide rail on a carriage?

We would like a carriage mounted element (CME) on a rotating linear guide rail (LGR) that negates the LGR rotation and thusly remains rotationally stationary relative to the LGR's pivot affixation surface.

Here is a diagram to illustrate what is desired for just three example angles and three example distances from the pivot superimposed (but all angles and legal distances should work - even right up to the pivot itself, though that is less important). P denotes the pivot and the CME has a notch on it to indicate constant orientation relative to the surface the pivot is affixed to: 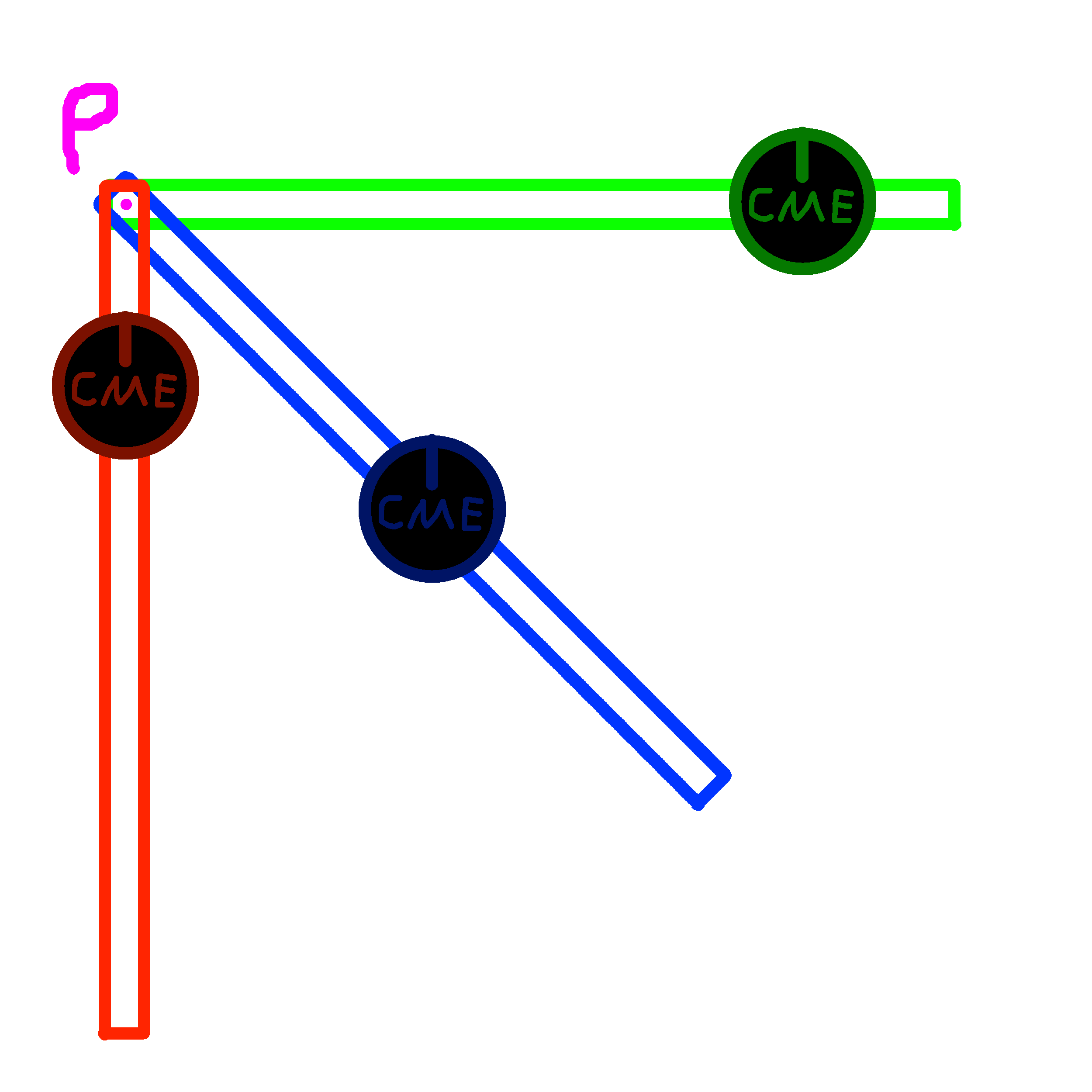 The axis of rotation is the same for both the LGR and CME in question. This axis is the axis you'd intuitively imagine when imagining a LGR rotating, which is to say the axis that pierces through the top of the carriage and into the LGR, although that is only describing the direction of the axis, the origin/pivot doesn't follow the carriage; it is in a constant position near the end of the LGR.

I've already attempted various solutions, but most fail because of their inability to function with a dynamic distance from the pivot due to the carriage's linear freedom of movement.

One solution that could account for the carriage's dynamic distance from the pivot was to use sensors to measure the rotation of the LGR and a servomotor to rotate the CME to the desired angle. I will begrudgingly use this solution if nothing better is found, but I'd much prefer something with good old gears/pulleys/chains/etc. to ensure there's no "lag" and to keep costs down, etc.

Sorry for being cryptic, I am working on a prototype for something and my partner in crime is paranoid that their idea will be stolen. If you have any queries relevant to finding an answer I'll be happy to answer them.

edit: There will be two carriages on the LGR, each with their own CME, differing to the diagram. Both needing to negate the rotation of the LGR as already described. This is one of the things my partner would have rather withheld if you are wondering why I didn't say it sooner.

Not knowing the distances or latency, you could use a 2nd LGR in parallel with your green rail with another CME. Connect the two with an extension spring and hooks. Or mount the whole thing vertically (pivot axis is horizontal) and let gravity maintain orientation of your CME. 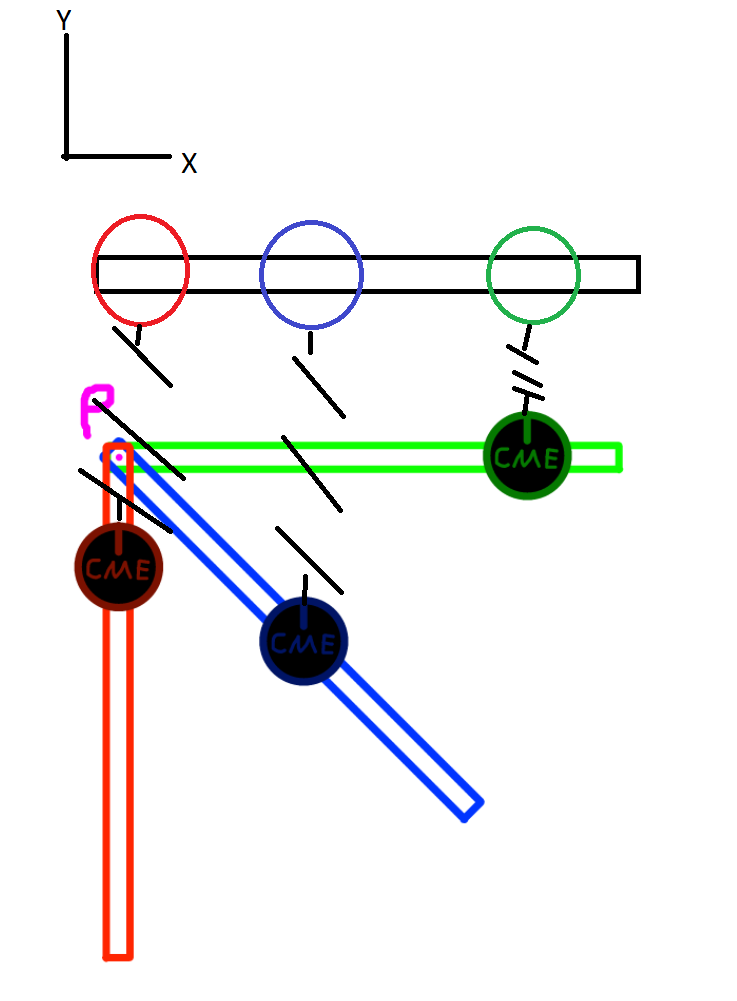 4
How to bend iron pipe into a spiral guide rail for stair lifters
2
How to describe the rotation of opposite ends of a body due to an applied moment
1
What is the longevity of Delrin rollers on aluminum linear rail?
0
How to make a mechanical elevator with rotation?
2
How do tractors with a highly placed carriage power their wheels?
0
How to mount a rod (rotating)?
2
Linear guide ball bearings
0
Calculating Gearing Ratio from Constrained Rotational Linear Arc and Horizontally Opposed Rotation